Big thing for me this week is I got everything sorted for the upcoming release of This Is Not An Hermetic Library Anthology Album -4 for US Thanksgiving, a supporter exclusive issue that adds on the actual anthology album, which is coming up in December, for the library’s birthday anniversary. But, I’ve got a special sneak peek for you!

This week’s generative art is Aim in Goetia and the Knight of Wands tarot card. I’ve got a bunch of 4-up grids here linked to the threads on the library’s social if you want to see them all, being individually posted until done. 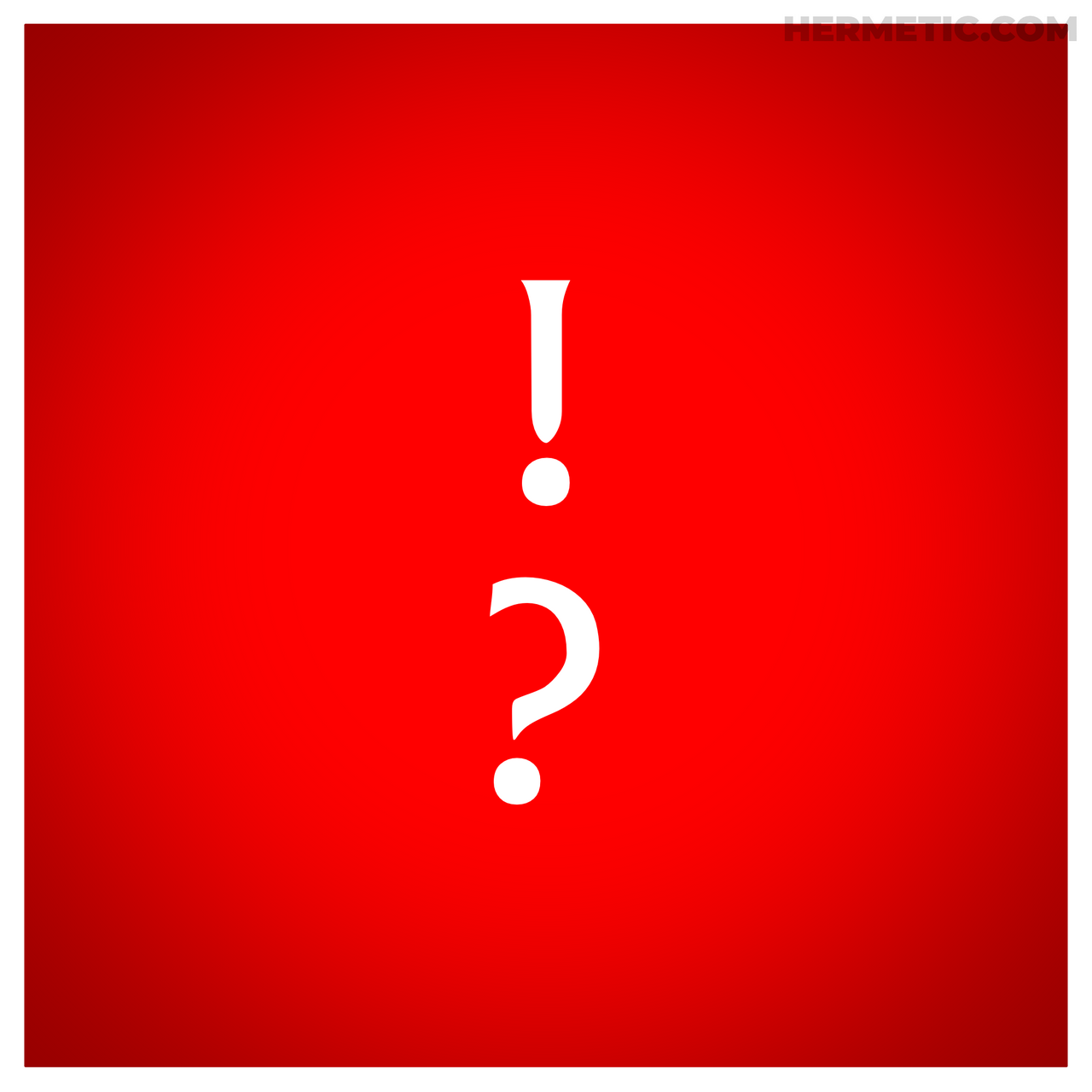 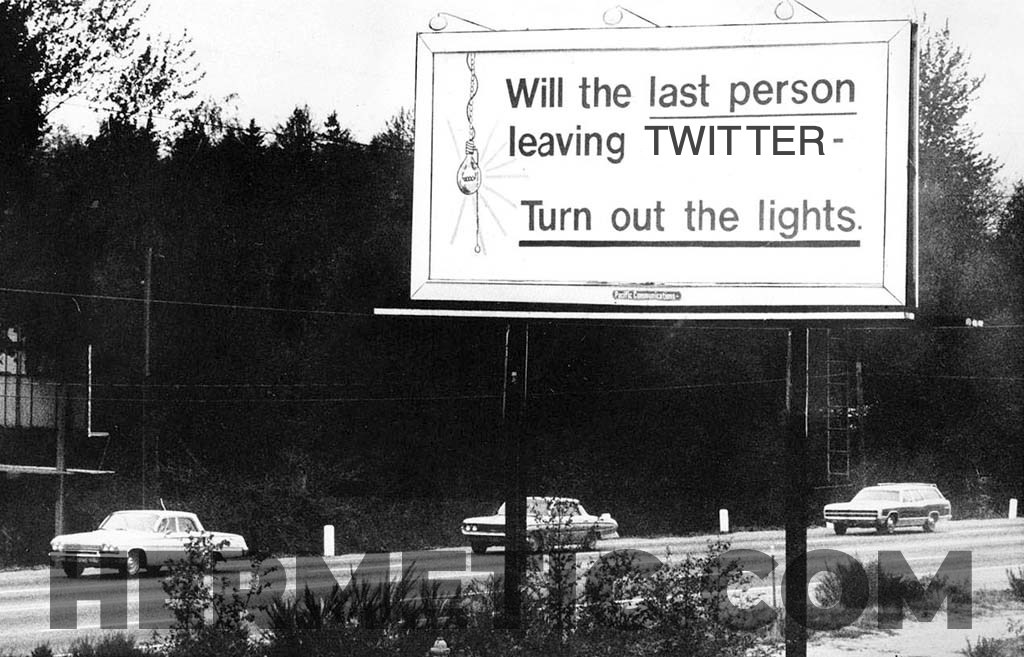 Over on the library’s social, I posted a special secret sneak peek at the upcoming supporter exclusive This Is Not An Hermetic Library Anthology Album -4 release, and now I’m sharing it with you!

Check out the list of 8 tracks from 8 artists, new and returning, on this special bonus issue releasing for US Thanksgiving to thank my Subscribers on Bandcamp and Patrons on Patreon! 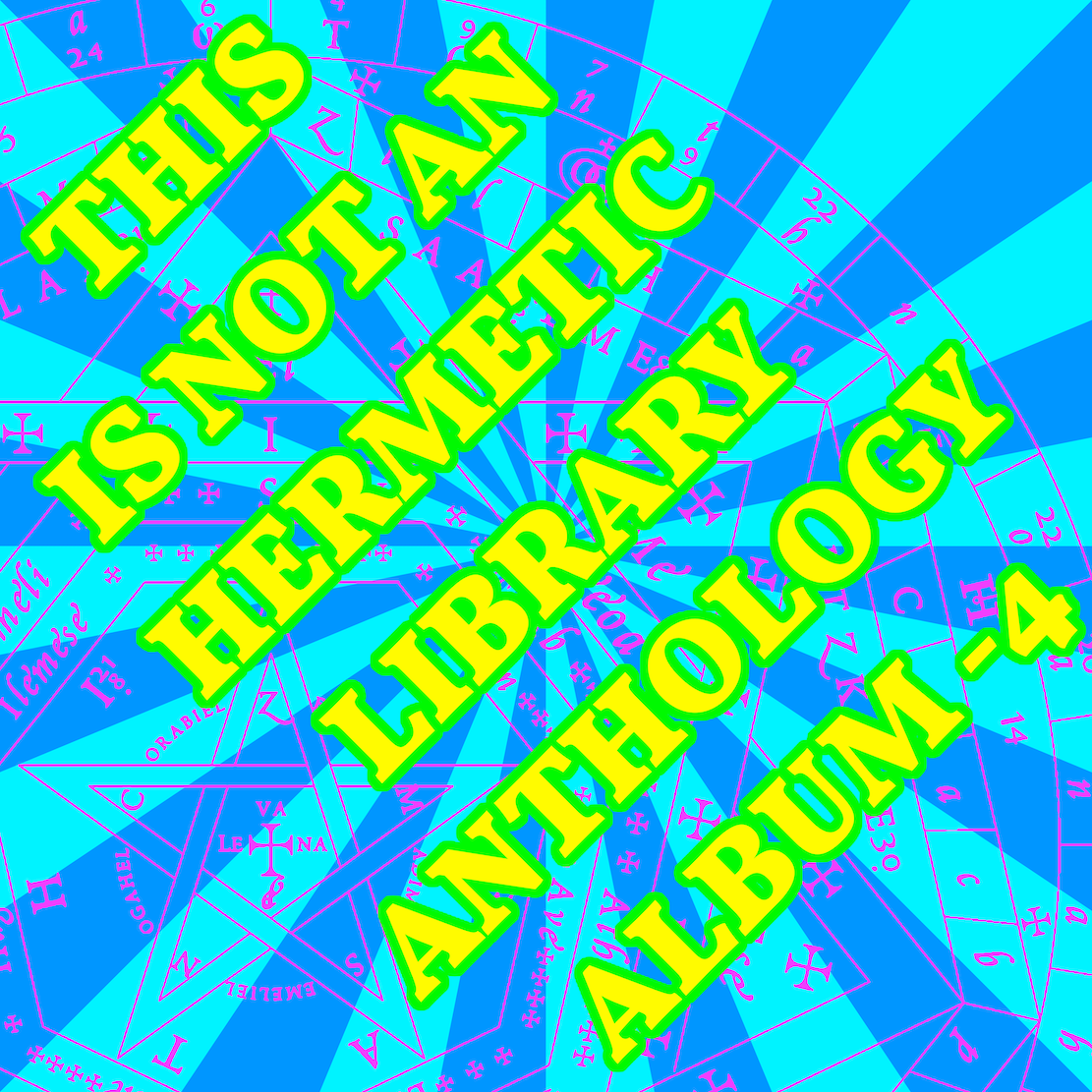 And, you know, if you aren’t a Subscriber or Patron, now is a good time. New Subscribers on Bandcamp will immediately get 4 back catalog issues (3 past TINAHLAA and last year’s MMR) plus the 2 new issues when they release. I offer new Patrons any one gratis back catalog anthology album download, plus each year I make an offer for gratis downloads of new issues, of which there are two upcoming.

Over on the main library account in the ‘verse, the follower count passed 127 … 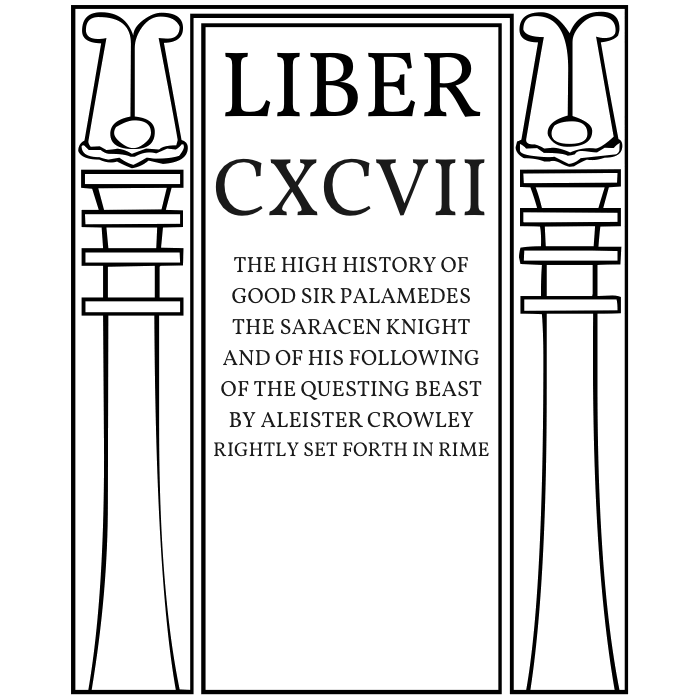 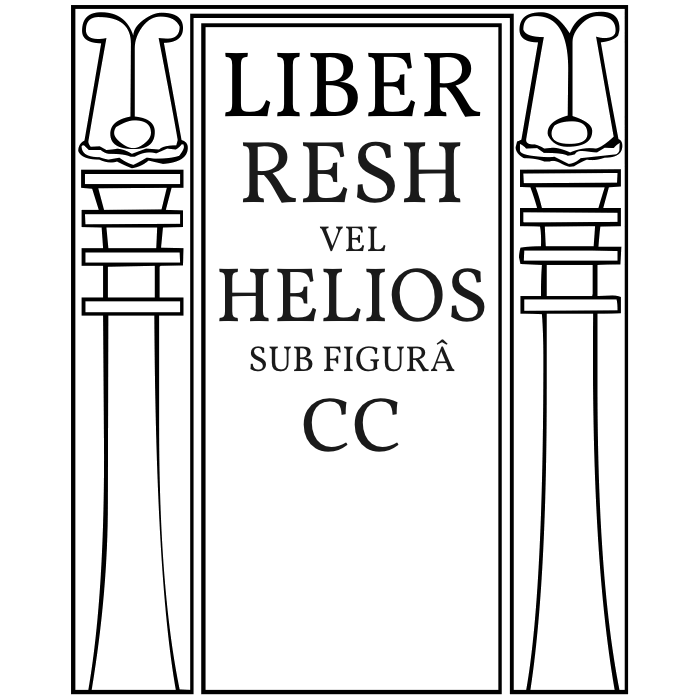 “Thus shalt thou ever be mindful of the Great Work which thou hast undertaken to perform, and thus shalt thou be strengthened to pursue it unto the attainment of the Stone of the Wise, the Summum Bonum, True Wisdom and Perfect Happiness.” 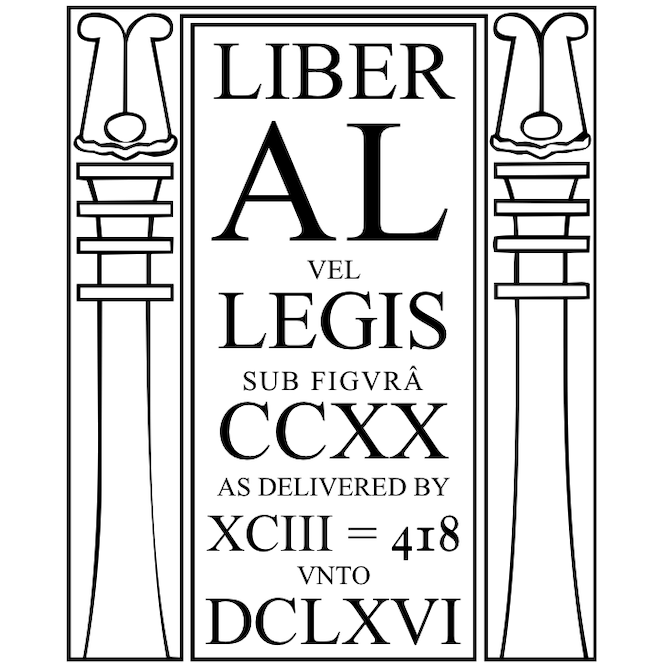 But, also check out the whole Liber Legis section of the library! That includes all the things, including the commentaries, and even the story about how the manuscript was lost & found a second time. 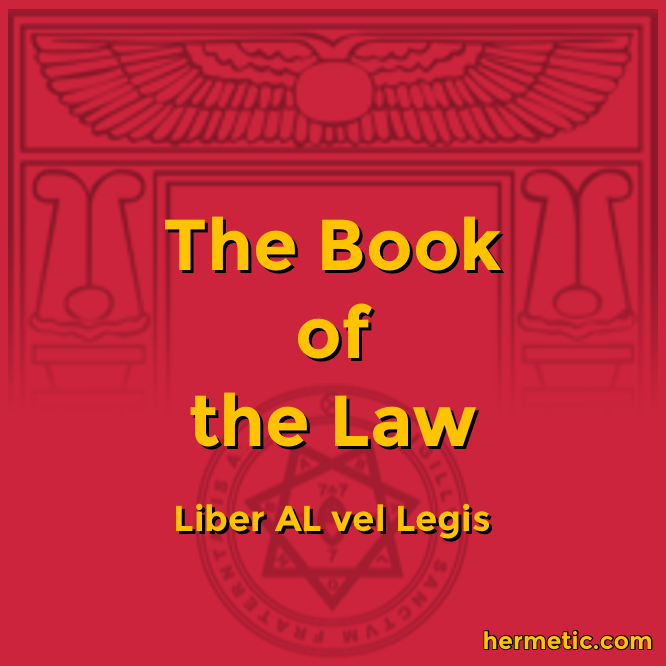 And, as an aside, you know, if you're into that kind of thing, get pestilential about it. 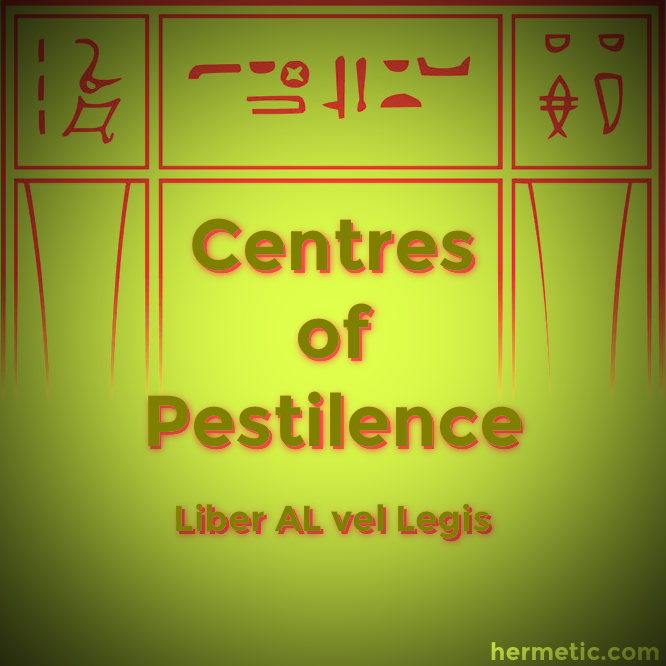 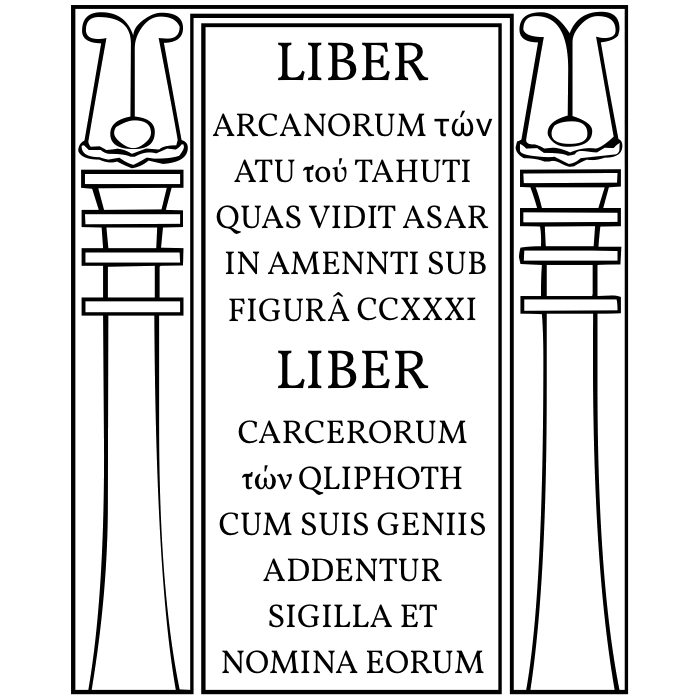 It feels like it has slowed a bit again, but still faster that it was in April, for sure. In the mix with the influx of all the people, I’ve seen a number of birdsite mutuals and even a Patron or two join the ‘verse! (Hi!)

At this point I know I’m already reaching more people and eyeballs that I do on the big social media sites. It’s wildly different not having my posts submarined. It’s still not, you know, hoppin’ as the kids say, but it’s already an improvement.

I’m excited to see where this goes and how it grows. Starting out all over again in April was really stressful, and until birdsite’s uncontrolled demolition I was feeling like I might have made a big mistake. Welp, who’s laughing now? Oh. Everyone? Yeah, everyone. That’s true. But, so am I. Kinda pleased to have gotten things sorted in April so I was ready too!

After finishing up last week’s threads, I started the new ones. On Tuesday, I generated art based on text description and seal image prompts from Goetia this week for Aim.

(23.) Aim.—The Twenty-third Sprit is Aim. He is a Great Strong Duke. He appeareth in the form of a very handsome Man in body, but with three Heads; the first, like a Serpent, the second like a Man having two Stars on his Forehead, the third life a Calf. He rideth on a Viper, carrying a Firebrand in his Hand, wherewith he setteth cities, castles, and great Places, on fire. He maketh thee witty in all manner of ways, and giveth true answers unto private matters. He governeth 26 Legions of Inferior Spirits; and his Seal is this, which wear thou as aforesaid, etc.

Here’s a variety of low-res 4-up grids, linked to the thread on Hrmtc I∴O∴ with all the upscaled images. 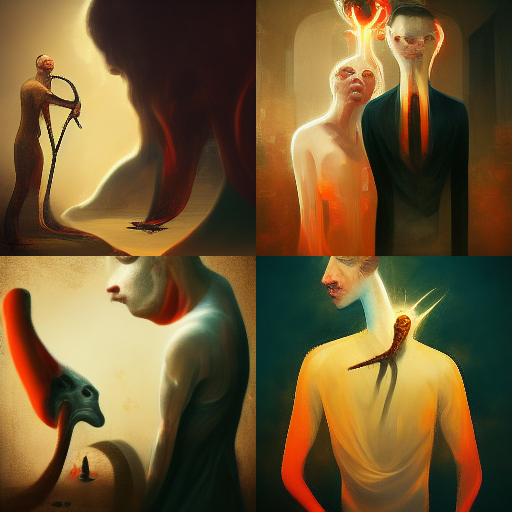 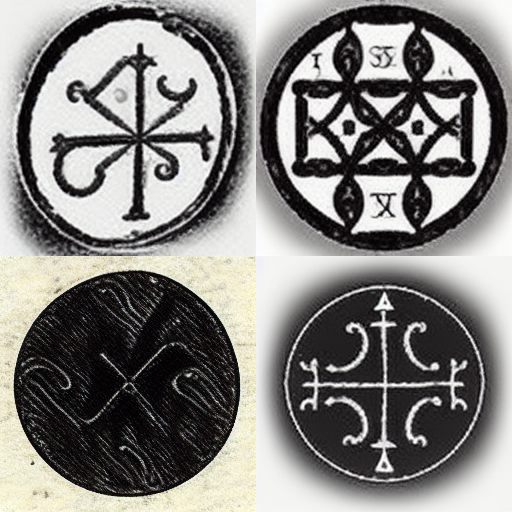 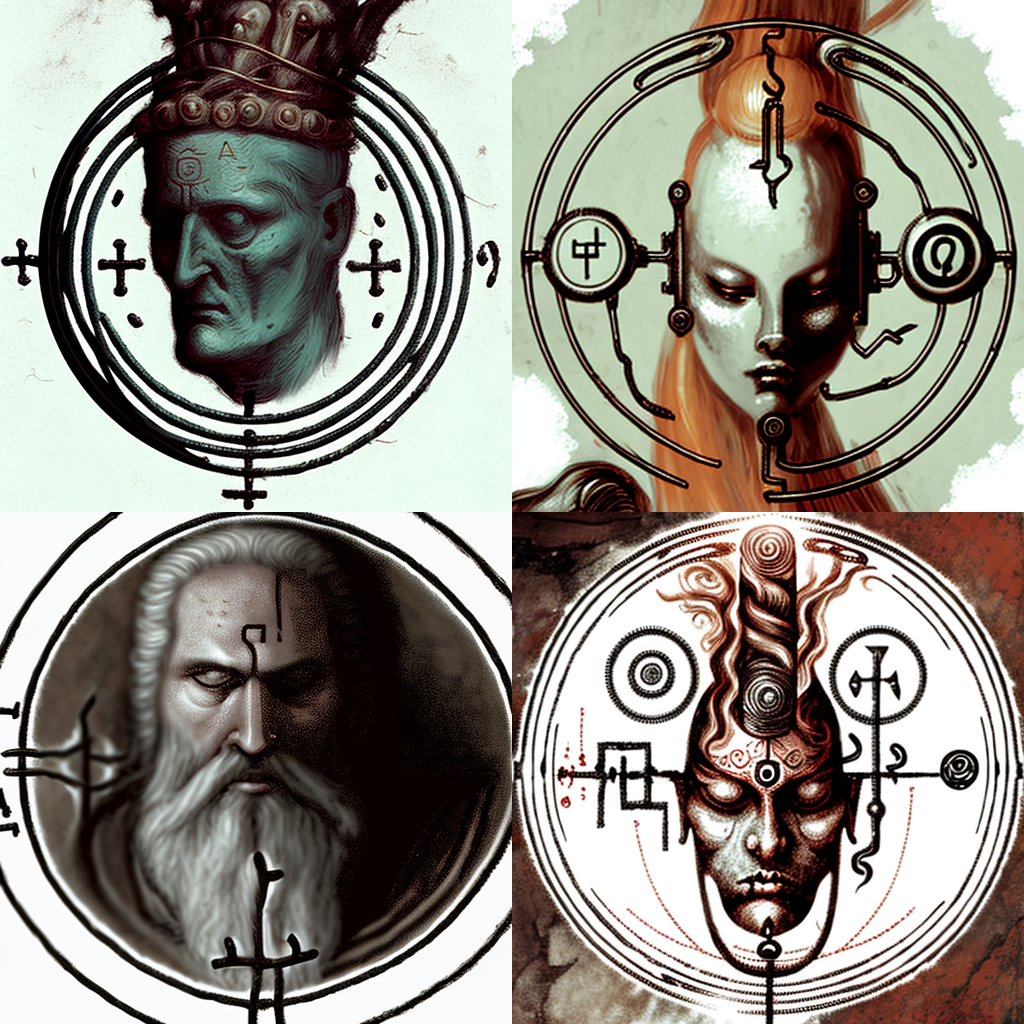 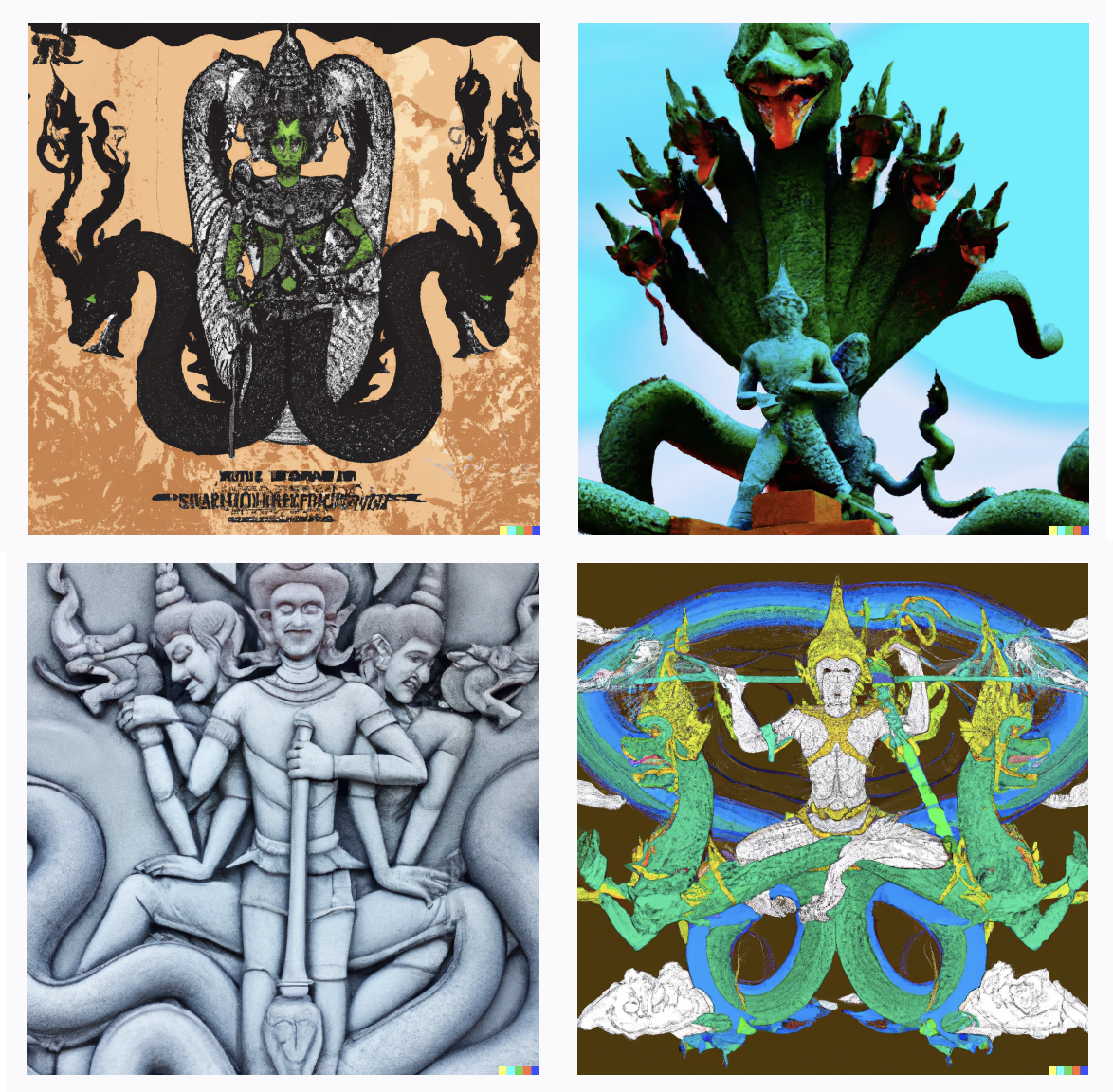 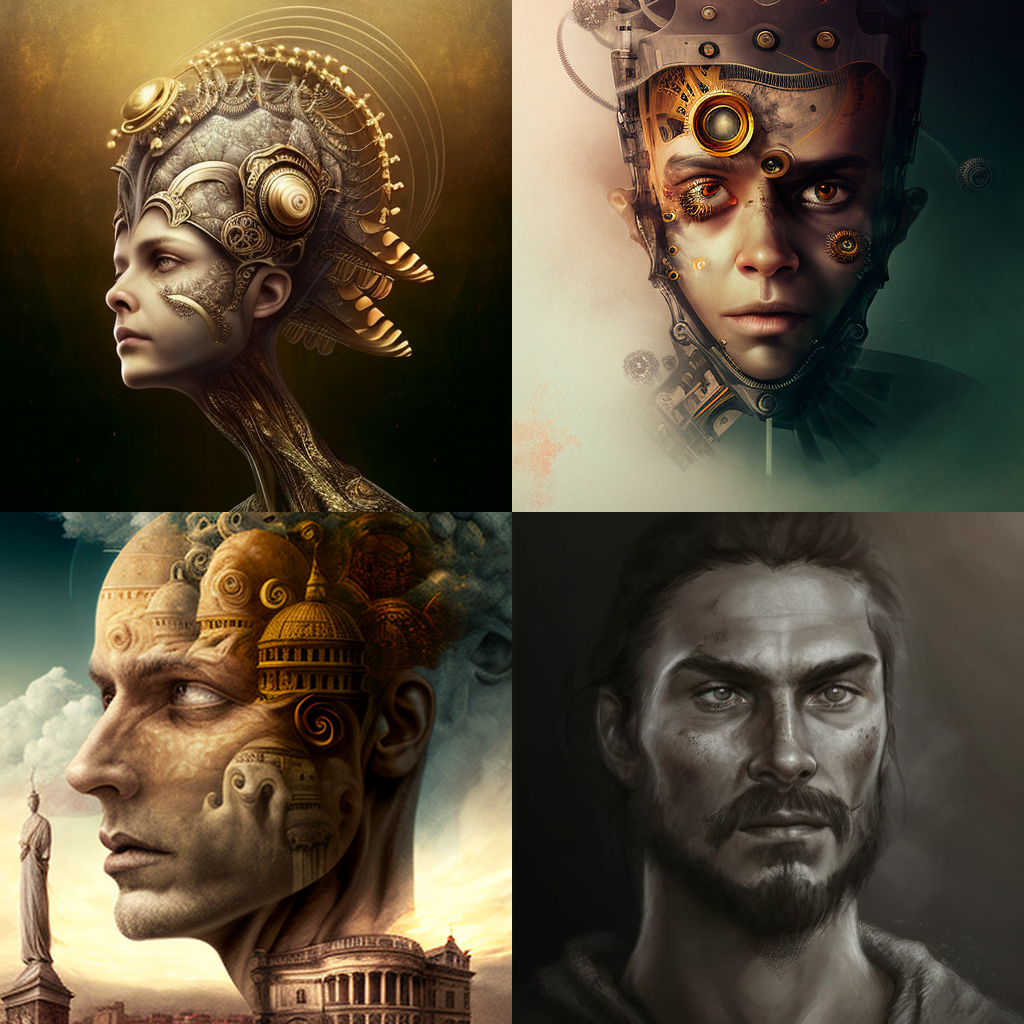 And on Thursday I started posting upscaled images from these 4-up grids I got using the text description and card image for Knight of Wands. 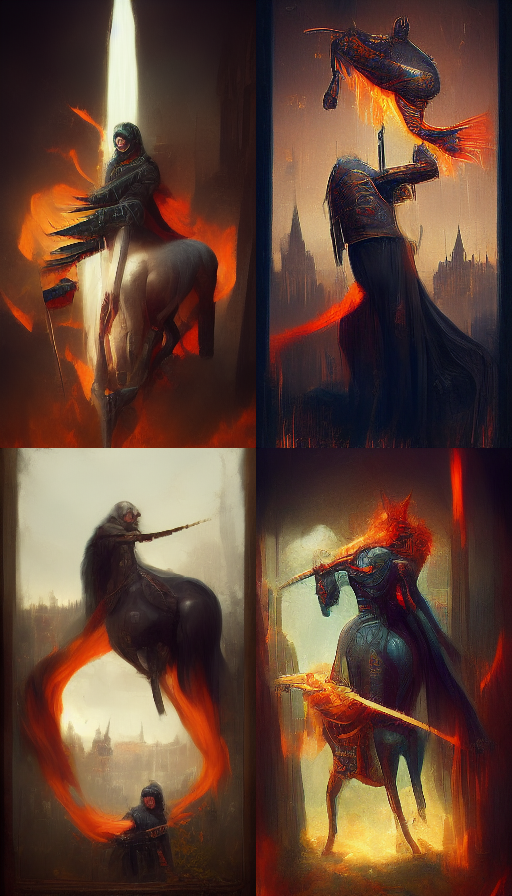 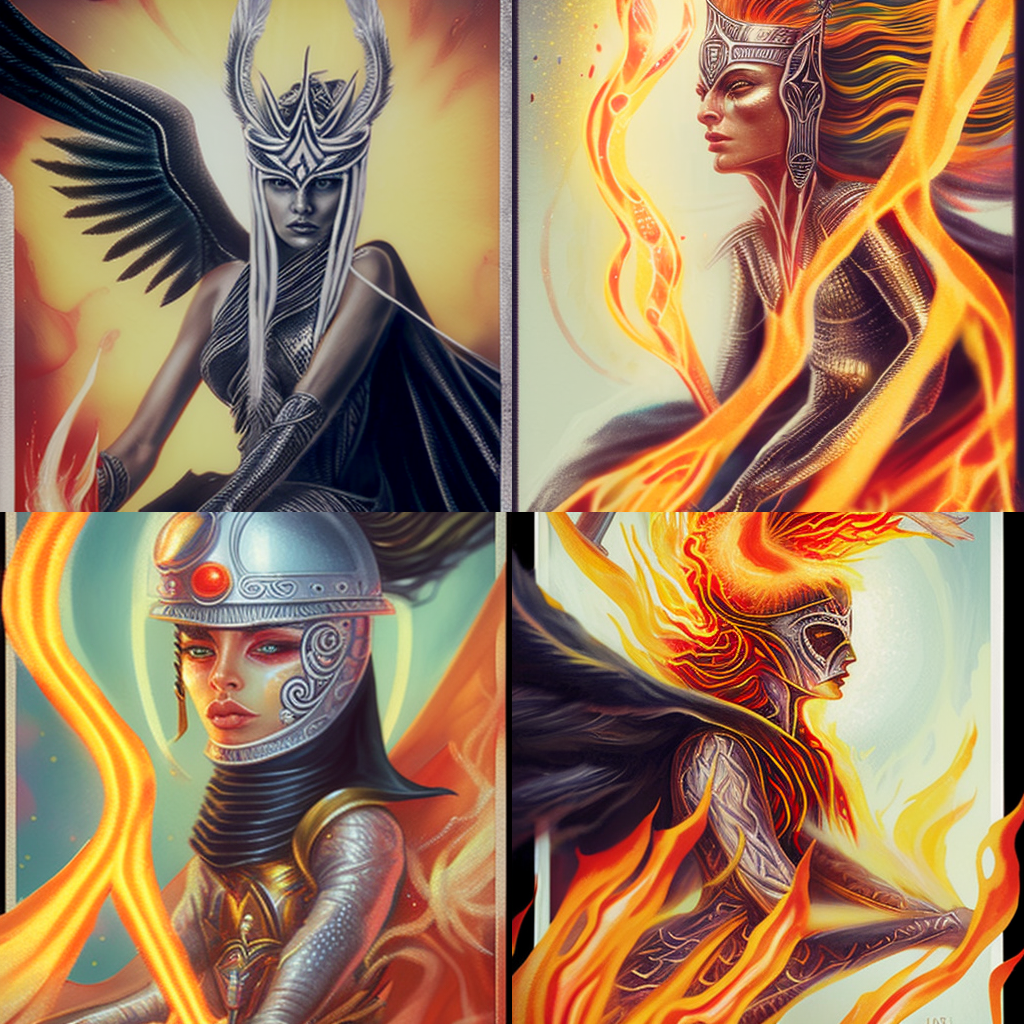 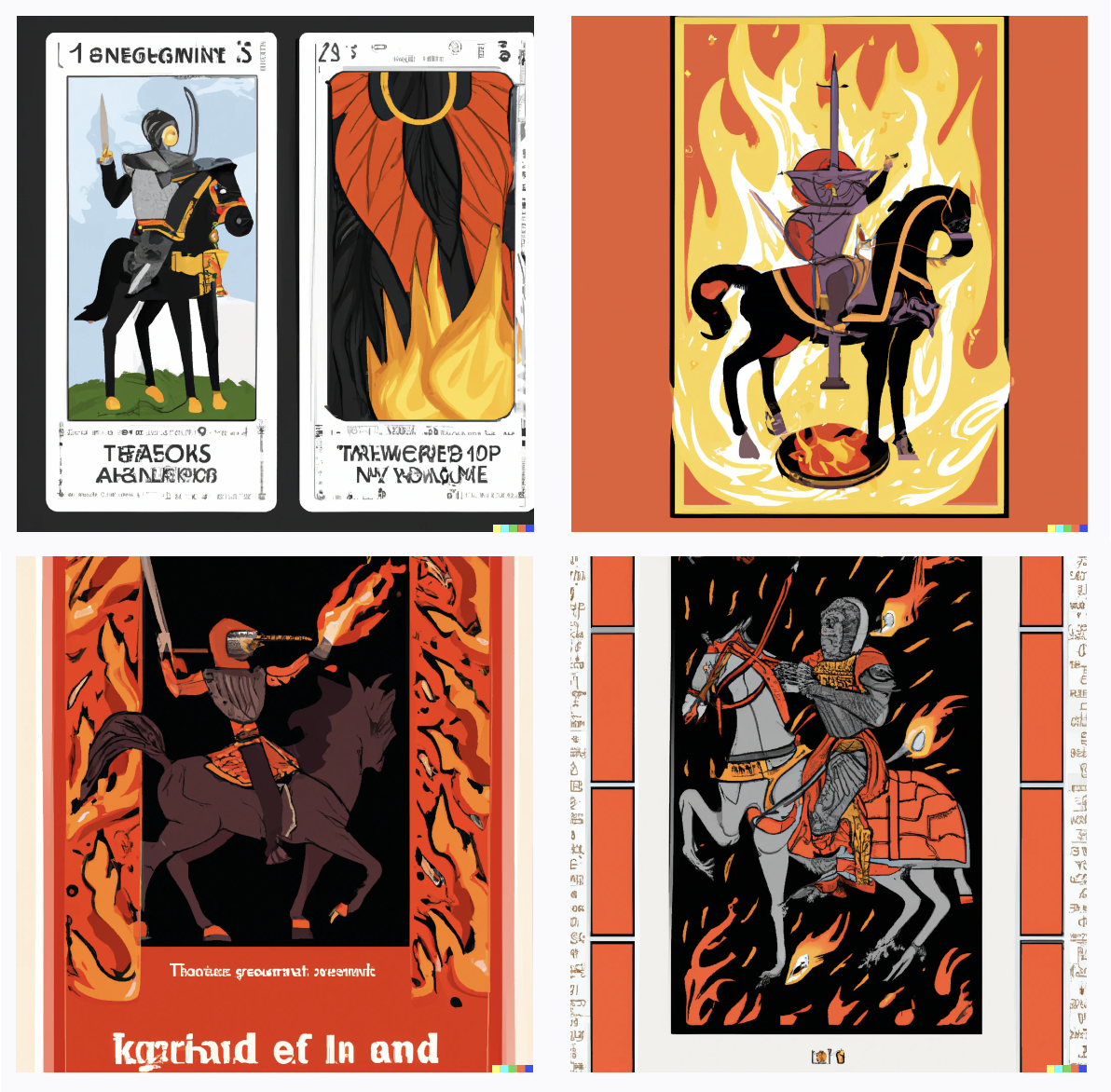 And, I’ll set up those Hermeneuticon entries for Aim and Knight of Wands … now. Done. See, I totally didn’t wait until the last minute … again. I mean, yes, I did. But, let’s don’t tell anyone? Else. Anyone else.

By the by, I also generated this silly “Buddy Baphomet” for a birdsite mutual that showed up in the ‘verse, just for fun. 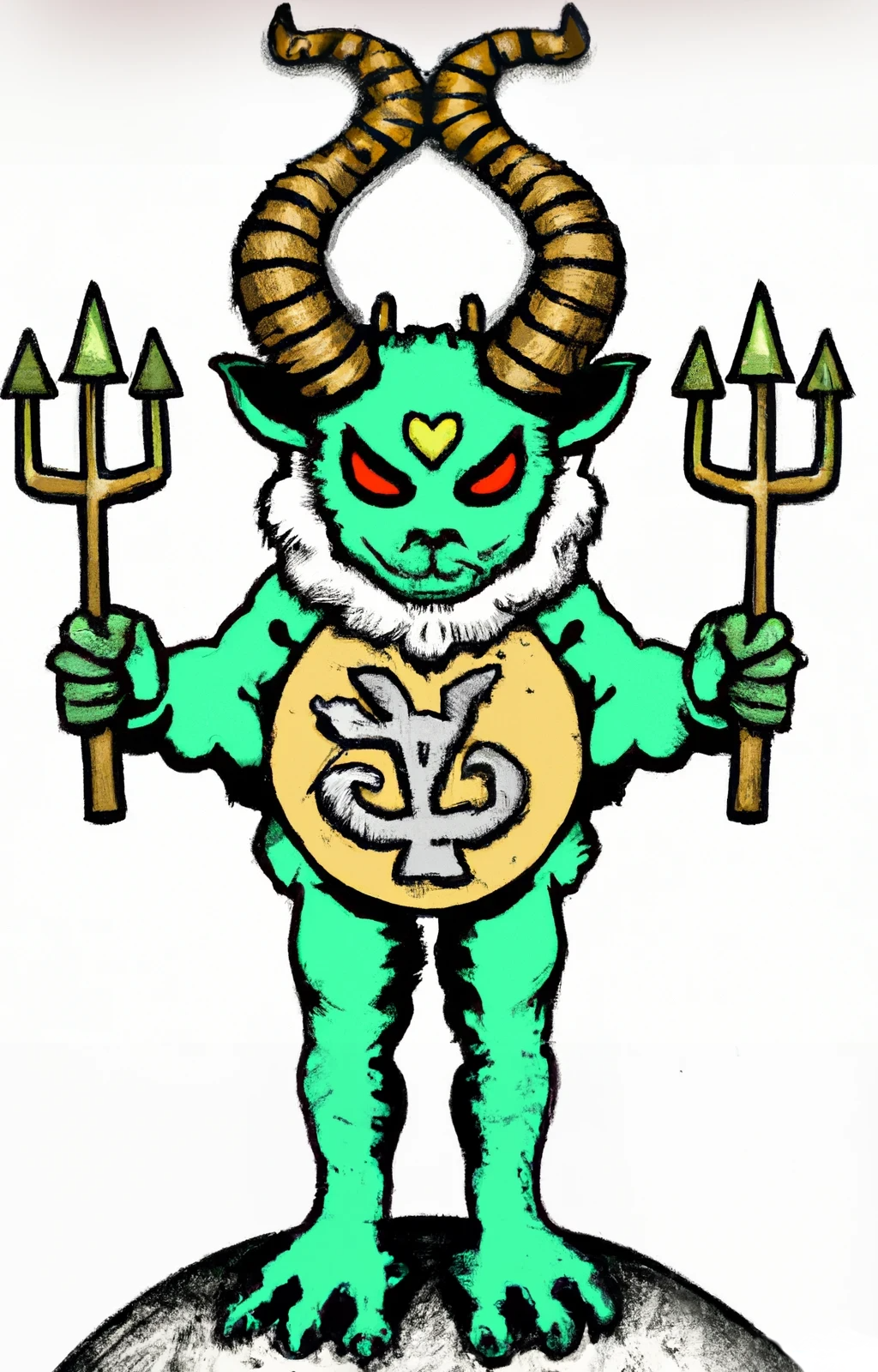 Is it … Cremation of Care Bear?! Bwahahahahaha!

Also on the blog 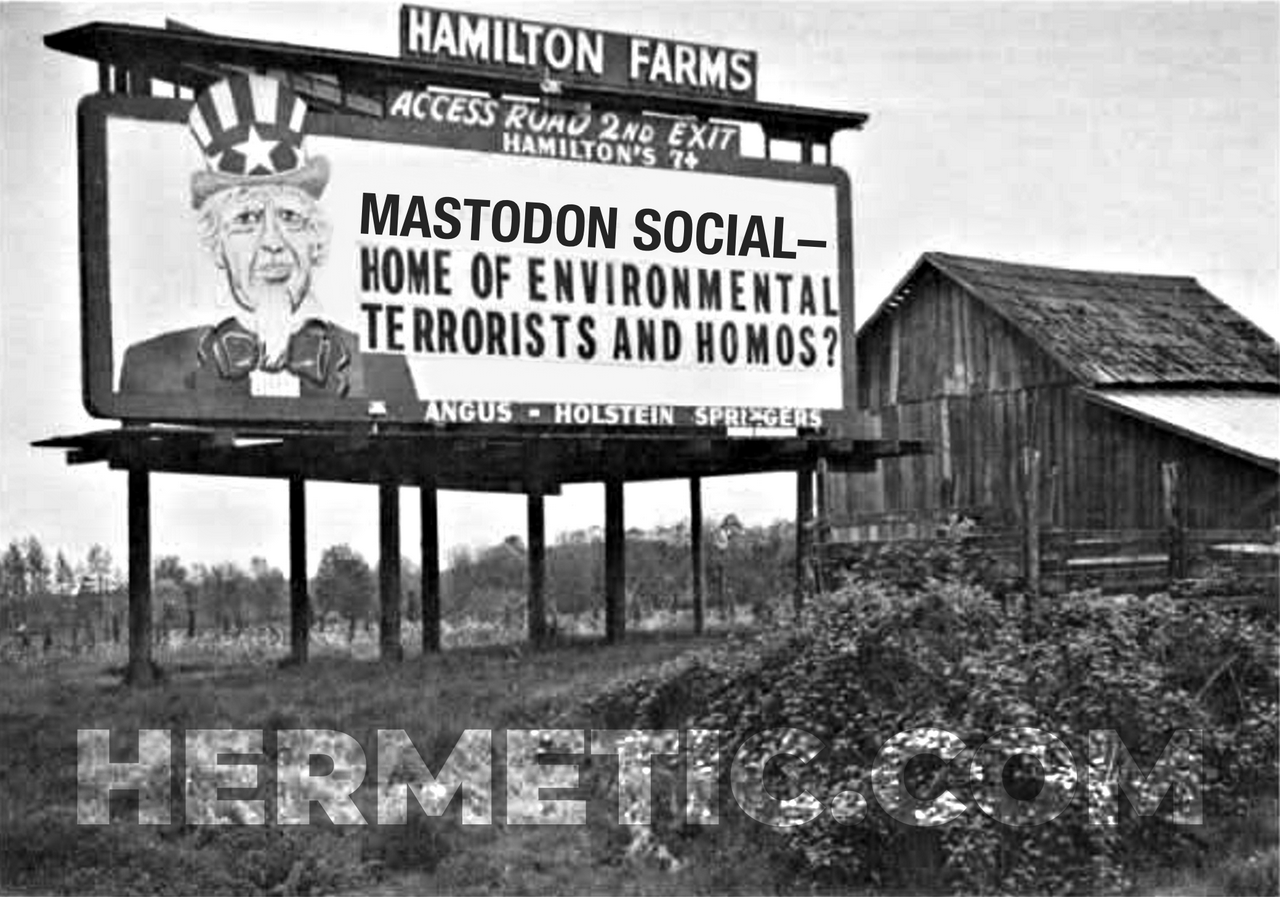