Hey, even entities can slapstick and pratfall …

This week I added a new page for Unicursal FREEDOM IS DEATHLESS Propaganda. I actually created the poster and mentioned it on the blog and so on back in 2016 but apparently the page at Ministry of Information for it disappeared at some point. Okay. Well, I’ve fixed that now.

And it’s still Spooky Season and you really must beware of what might show up in your candy. Who knows? Well, at least a couple more memes, anyway.

For my generative art experiments for Goetia and Tarot, I worked with the text and seal of Sallos and text and image hint for The Moon card using MidJourney with 4-up images and some attempts using DALL-E, and I link to the threads on the library’s social if you want to see them all, individually posted. 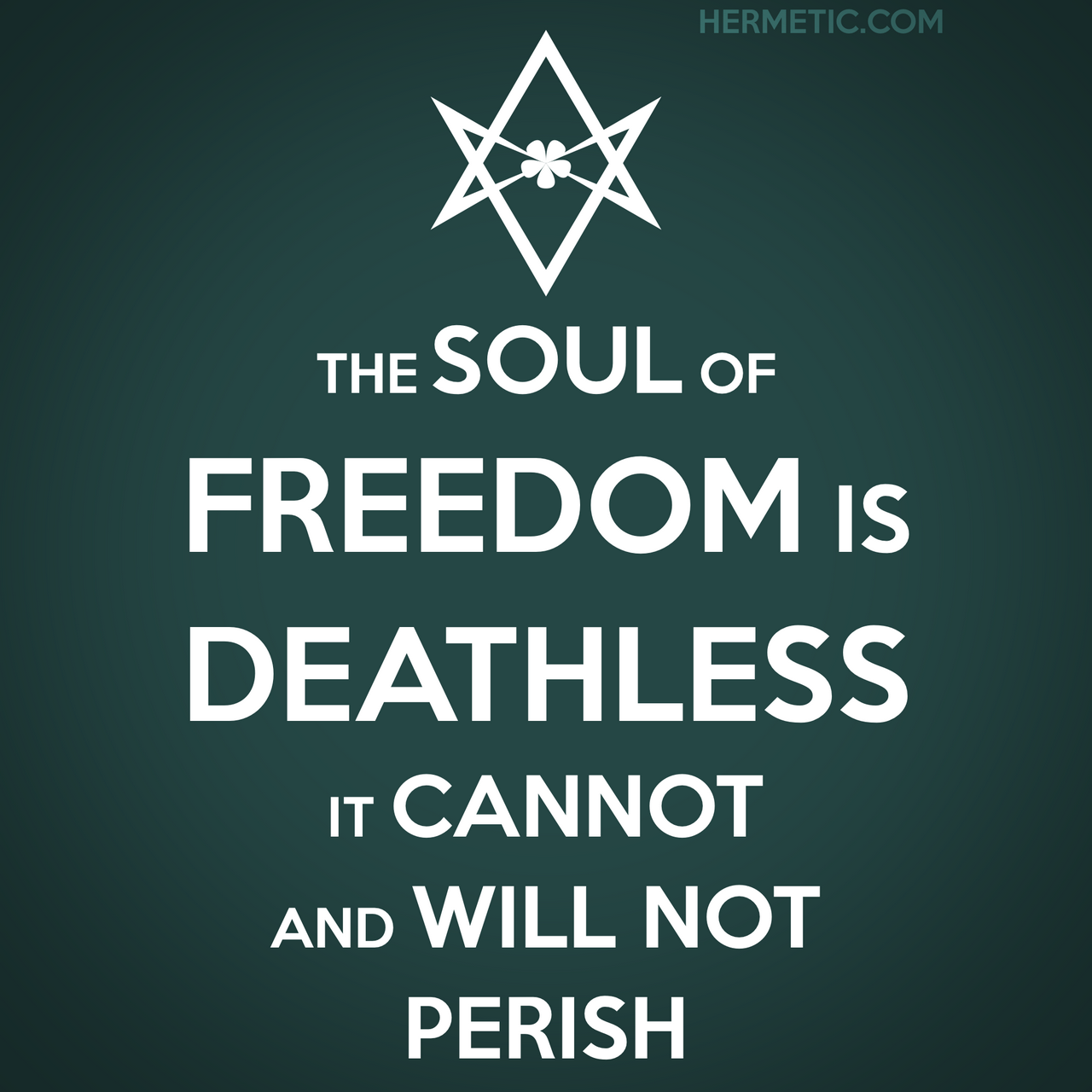 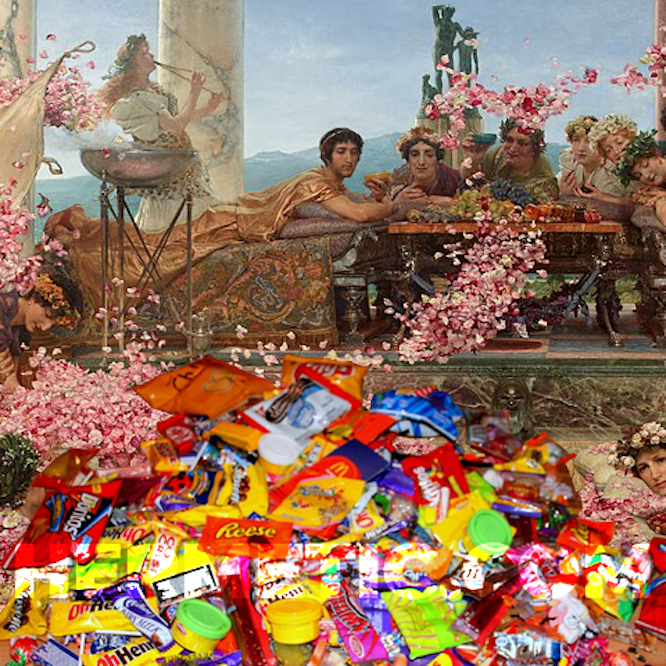 I continued to play with generating art based on text description and seal image prompts from Goetia this week for Sallos.

(19.) Sallos. – The Nineteenth Spirit is Sallos (or Saleos). He is a Great and Mighty Duke, and appeareth in the form of a gallant Soldier riding on a Crocodile, with a Ducal Crown on his head, but peaceably. He causeth the Love of Women to Men, and of Men to Women; and governeth 30 Legions of Spirits. His Seal is this, etc.

I’m still in the process of posting these, but here’s some 4up grids which link to the thread. 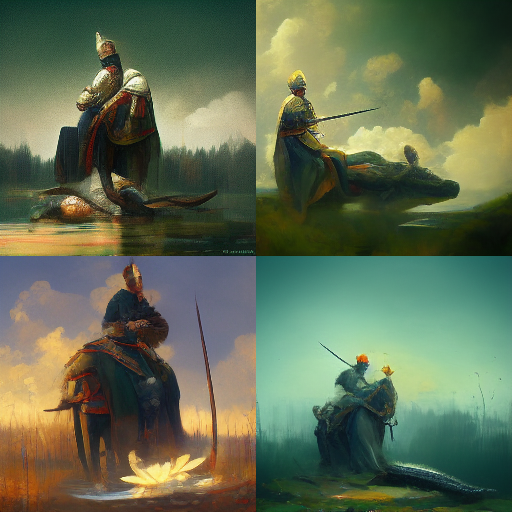 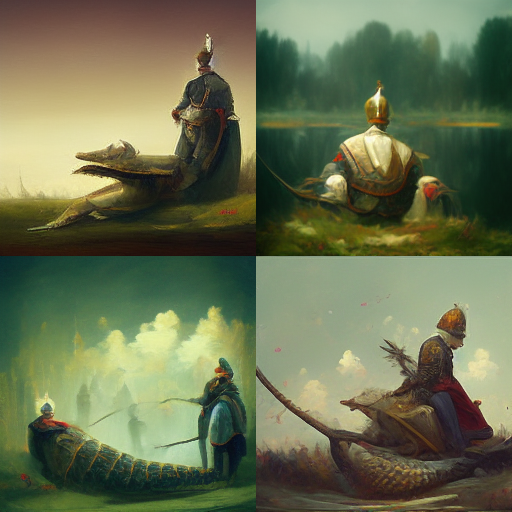 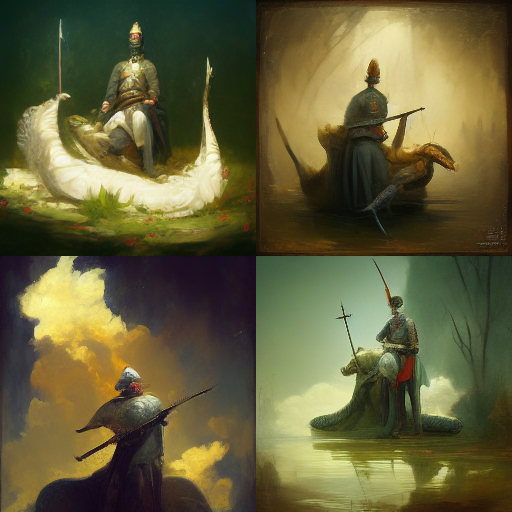 I also tried using just the seal image, without any text, to see what would happen. 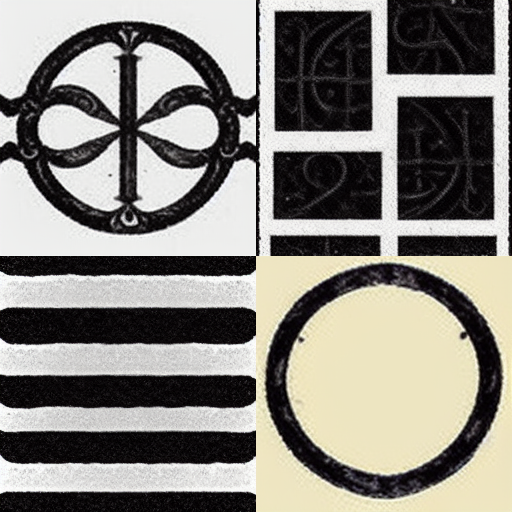 Of those, I only bothered continuing to generate upscales with the first two, and just ignored the other ½.

And, I also played with just the text description using DALL-E. 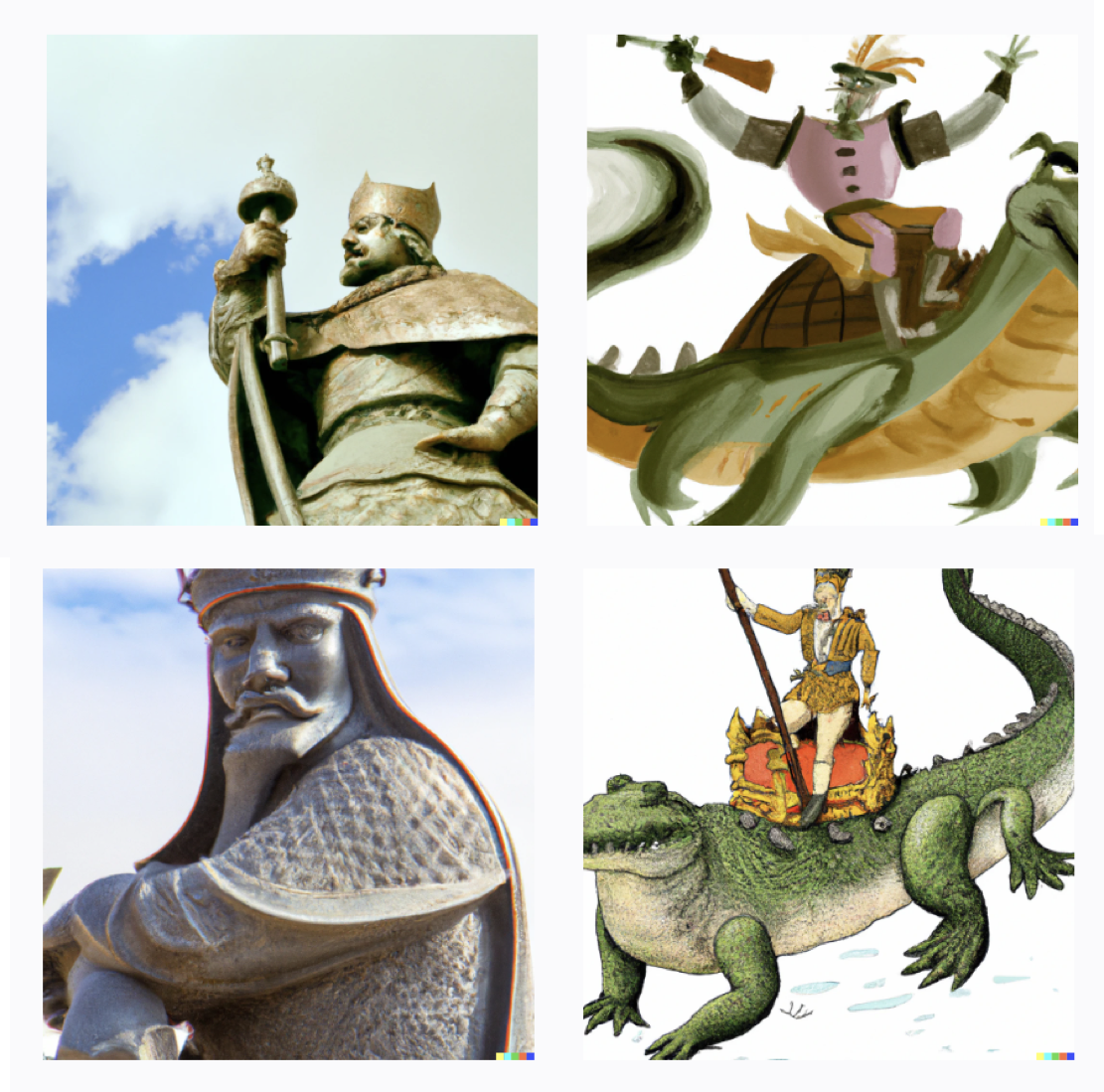 Over in the ‘verse, Ⲍⲟⲥⲑⲁⲛⲏⲥ said, “i wonder what AI would draw if you'd feed it the 'evocation keys' for the Goetia demons from the Gallery of Magick books”

Well, okay, then! From Demons of Magick: Three Practical Rituals for Working with The 72 Demons by Gordon Winterfield, the “evocation key” for Sallos: 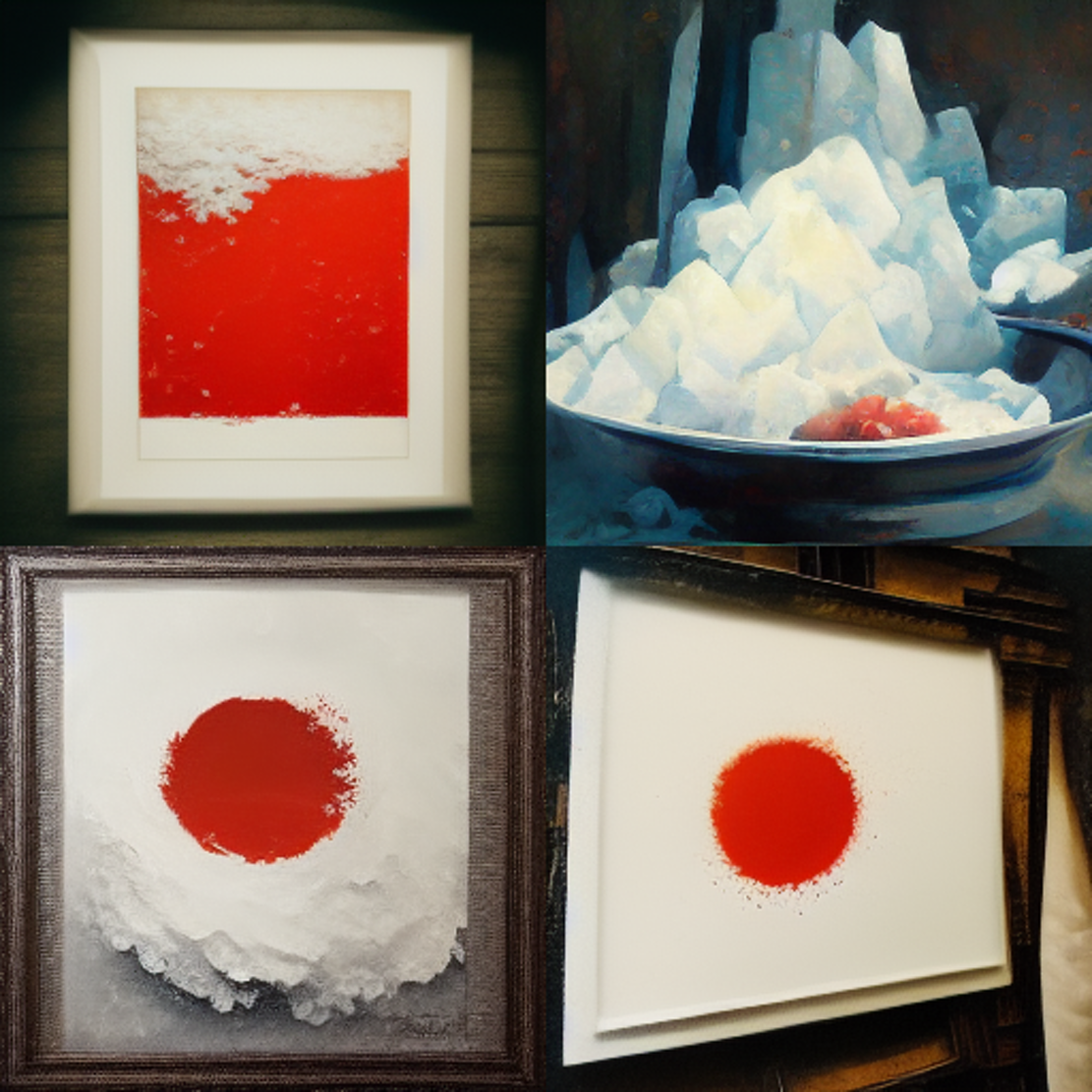 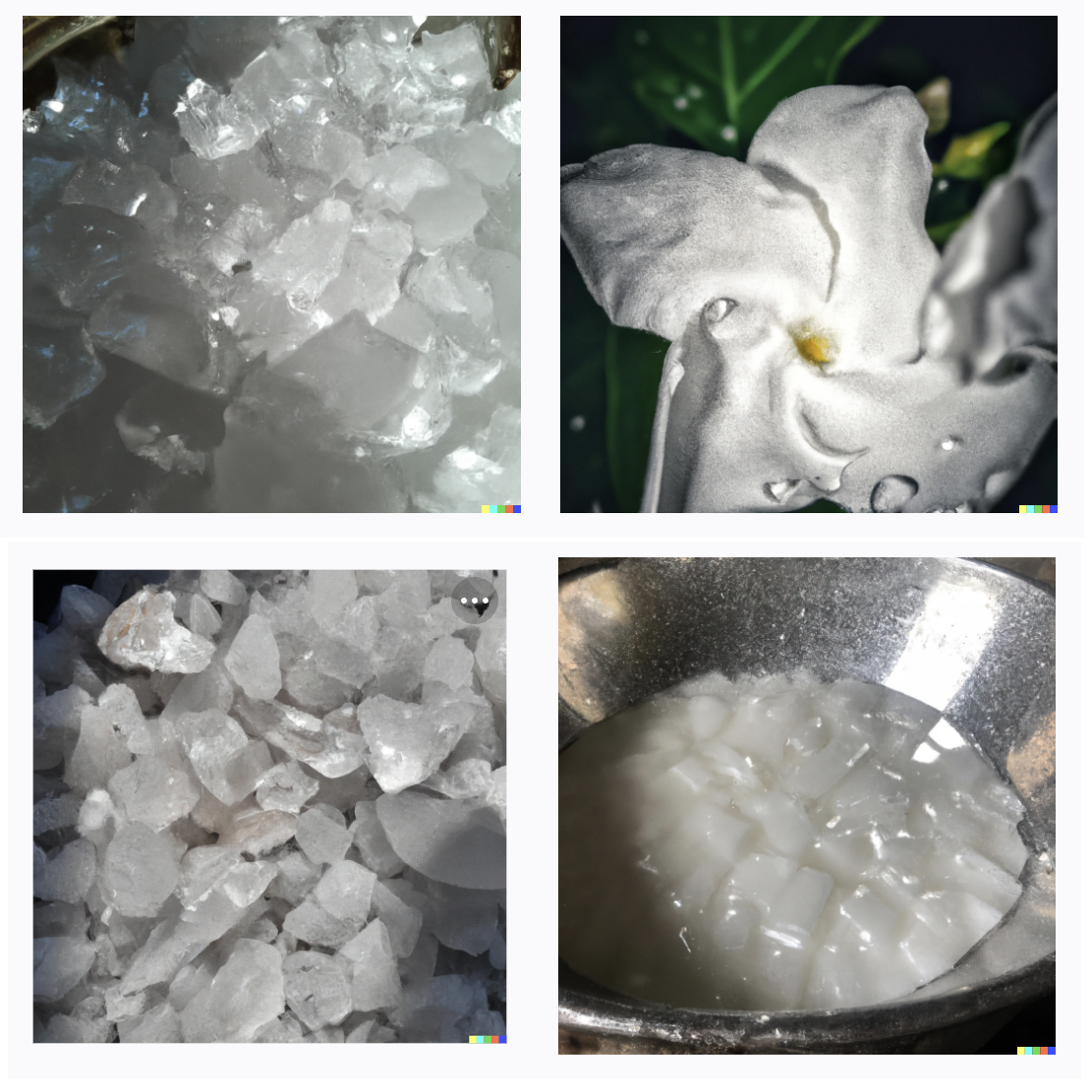 Kinda minimal, so we decided to also try a more visually descriptive text for Jareth Tempest, from the same book.

A river running through a snow covered landscape. the midday sun shines brightly on the white snow. a pale blonde woman falls backwards into the river. steam rises from where she entered the water. 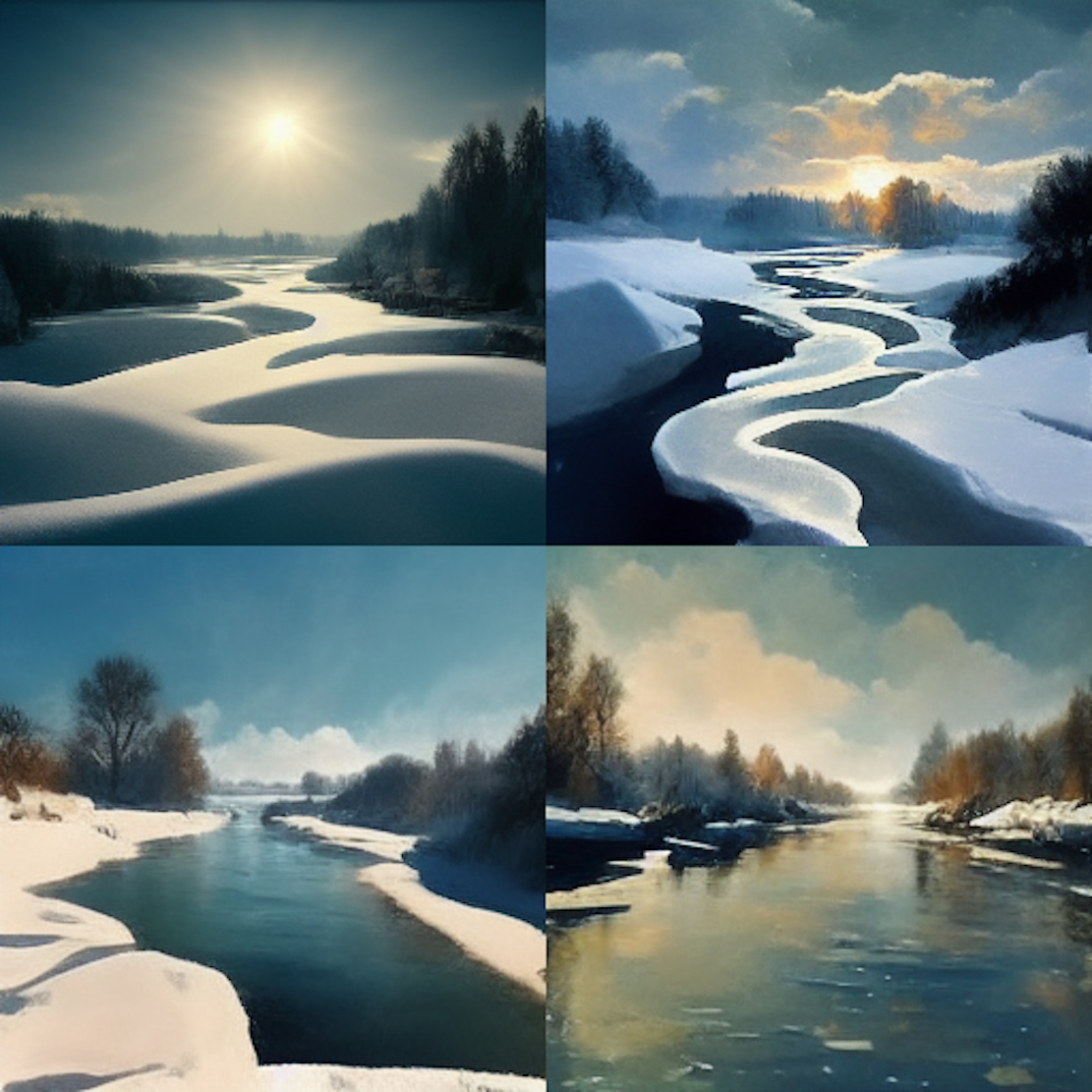 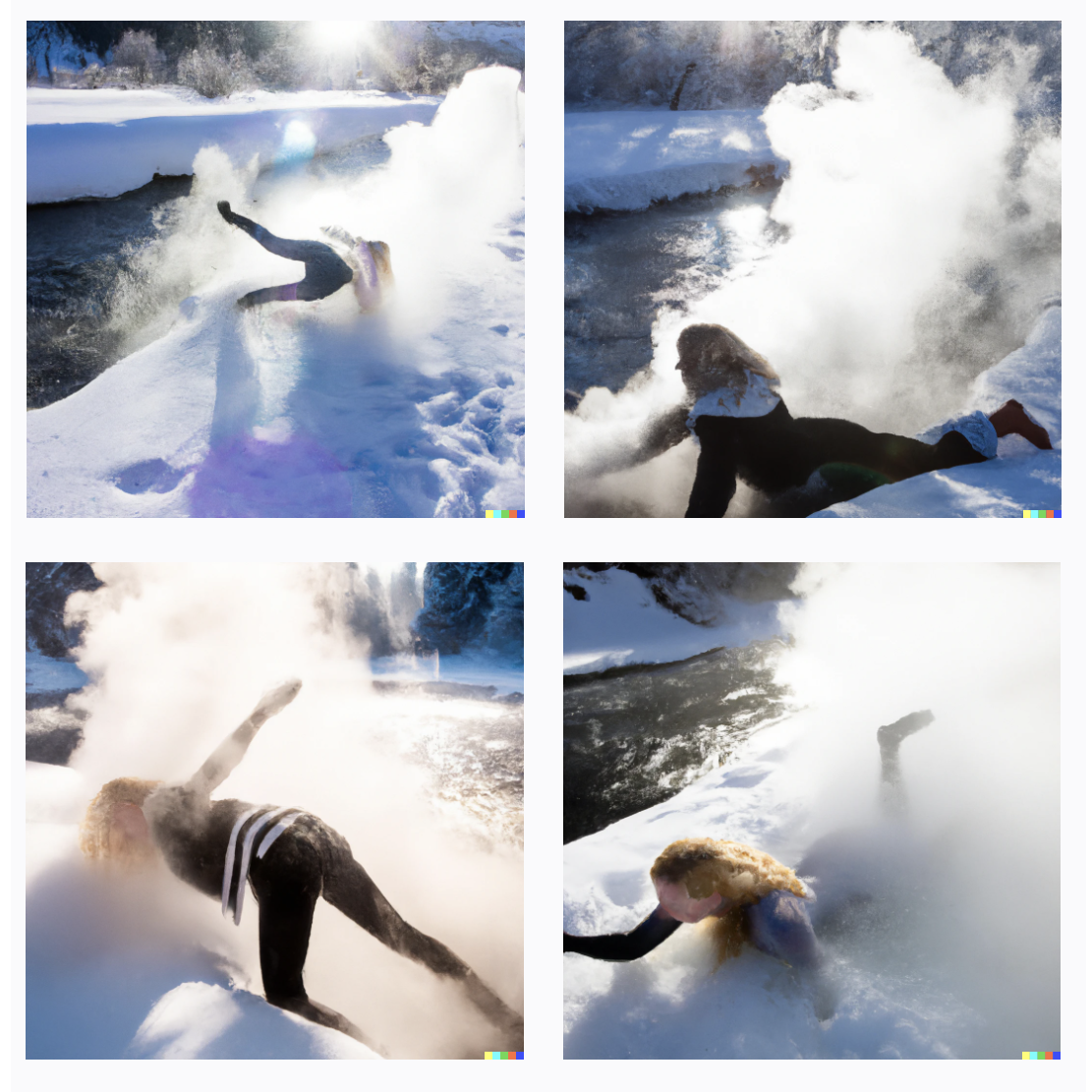 Haha! Hey, even entities can slapstick and pratfall …

I also continued the tarot series with text and image prompts for The Moon tarot card as if by William Mortensen.

Learn more about William Mortensen and for the image prompt, I hinted with Off for the Sabbot. 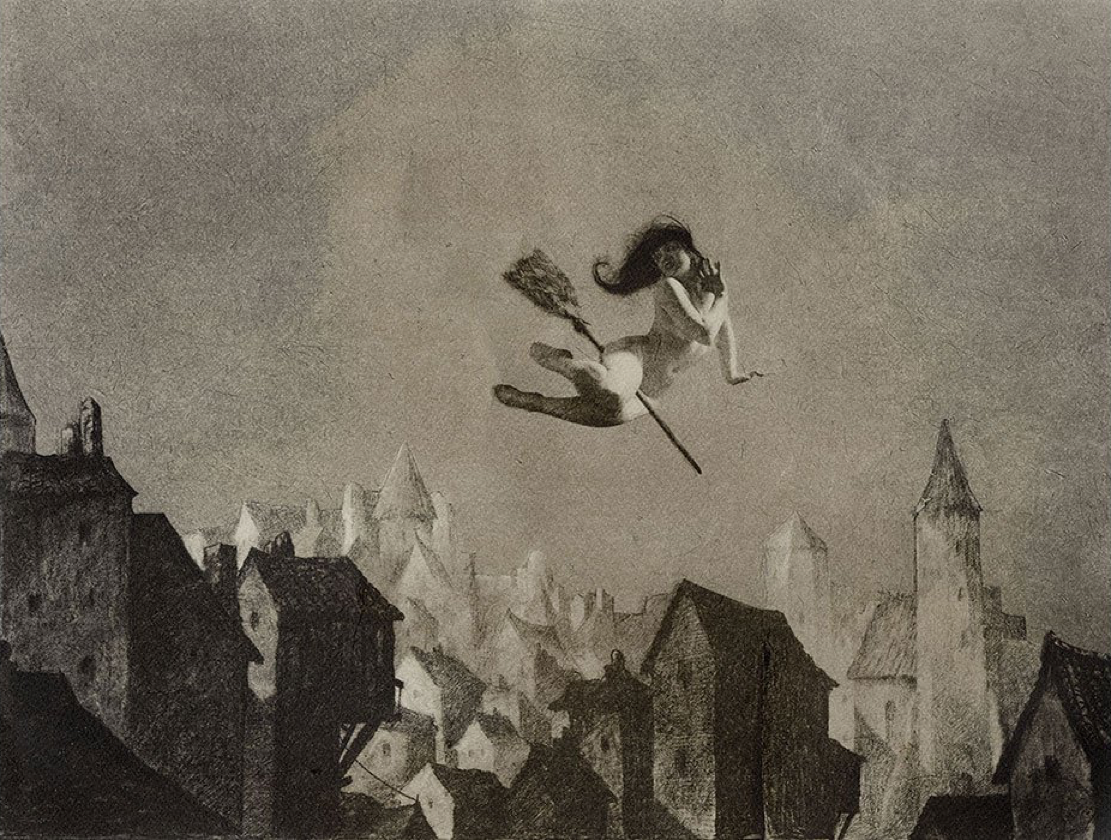 And here’s the three (yes, I did manage to do fewer this time! Um, sort of … maybe not overall but for just the tarot series?) sets of 4-up results from MidJourney. 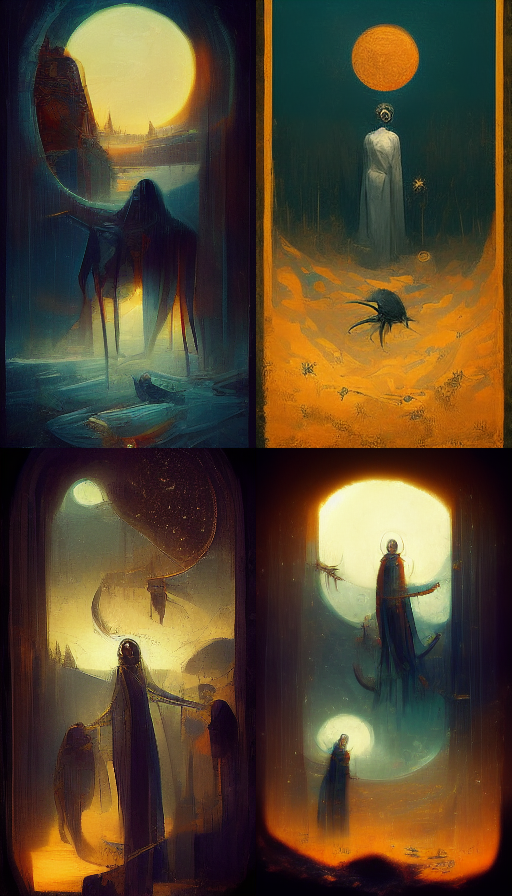 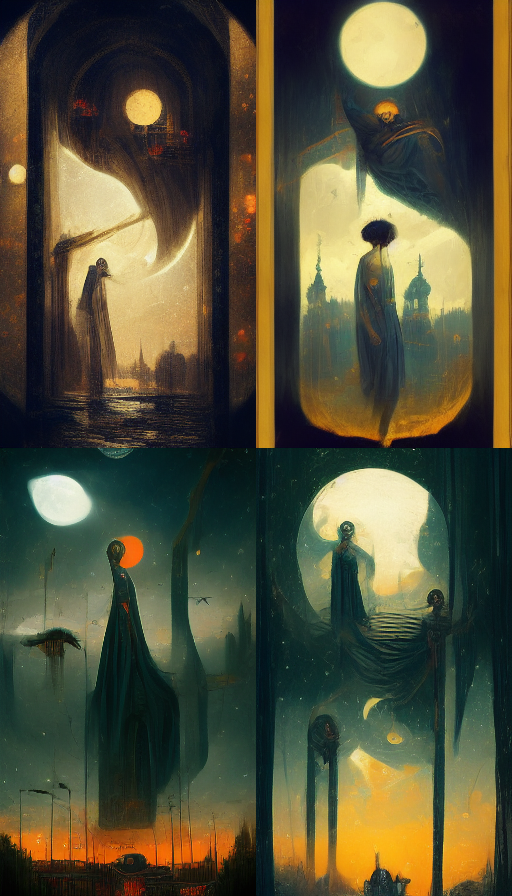 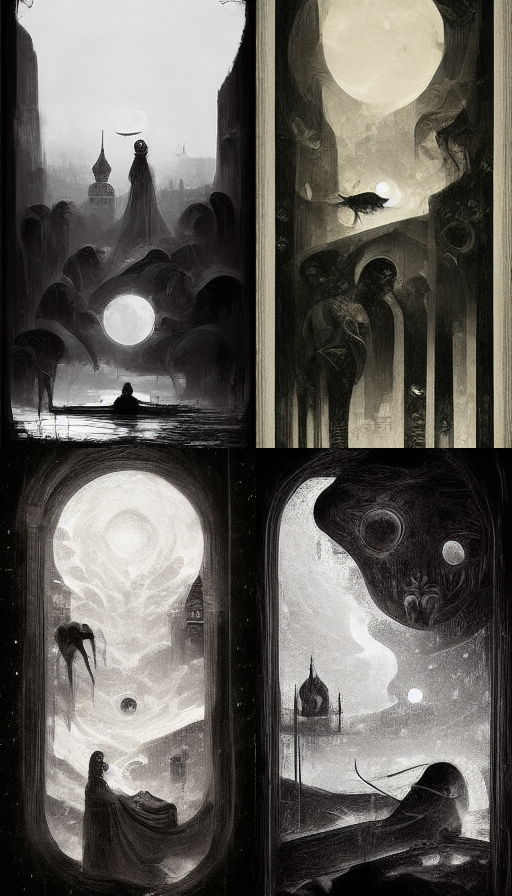 And here’s a set of 4 using just the text prompt in DALL-E. 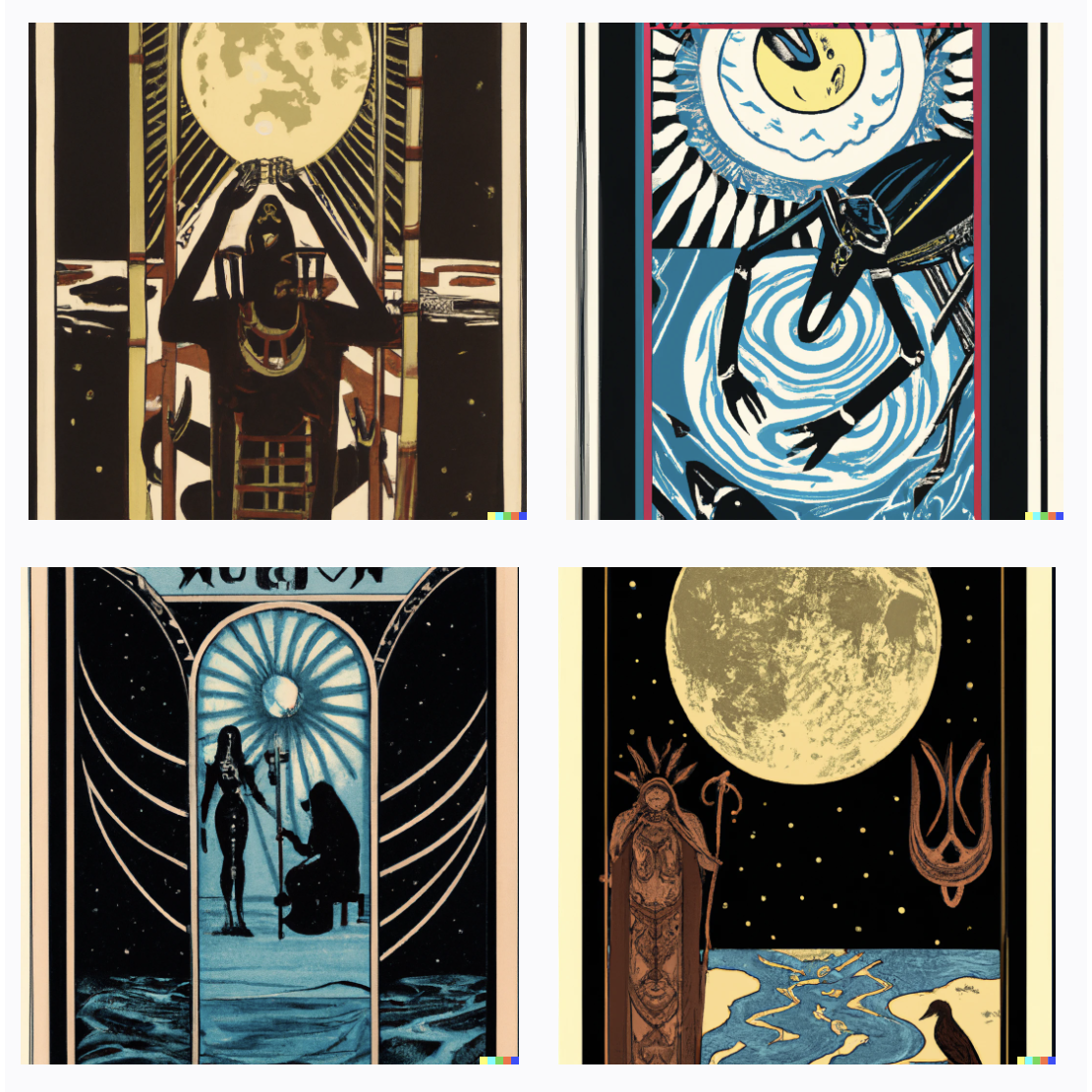 I just started to post these, Goetia on Tuesday and tarot on Thursday, so I’ve got a ways to go but you can check out the ones I’ve posted so far, including expansions on the DALL-E images.

And, I’ve created entries in Hemeneuticon for both Sallos and The Moon. 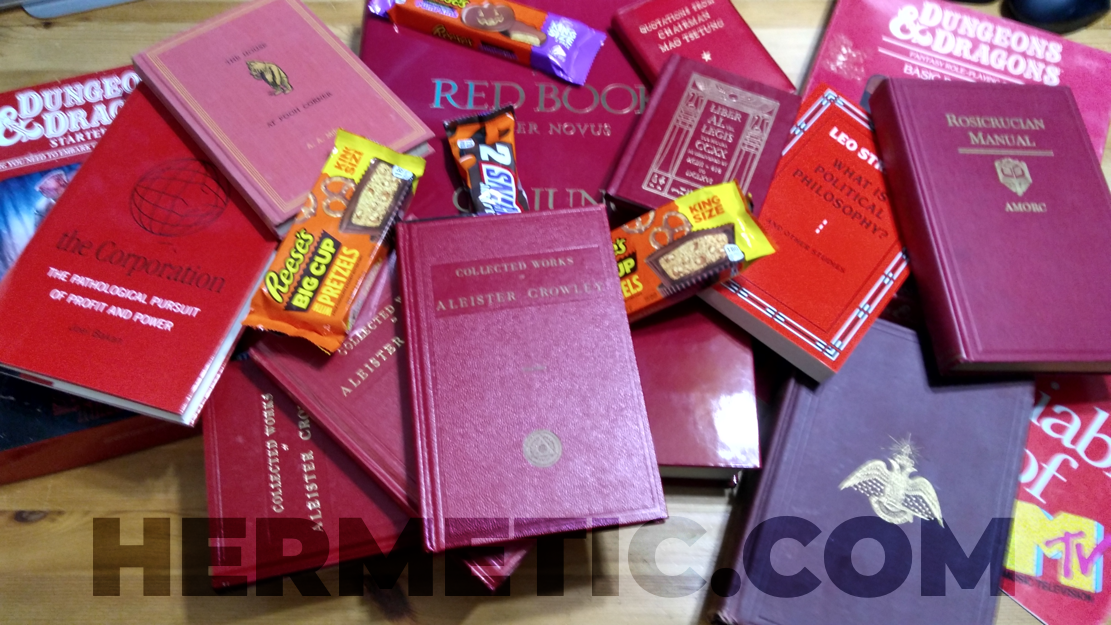 BEWARE! Out of an abundance of caution, I carefully LOOKED at my spooky season haul of wonderfully dangerous red books only to discover that someone has laced them with refined-sugar logo-emblazoned corporate branding in the shape of innocent children's seasonal treats!