This week I added a new page for Village BEWARE OF ARTISTS Propaganda. I actually created and posted the poster to social media back in 2016 but apparently didn’t ever create a page at Ministry of Information for it. Well, I’ve fixed that now.

And it’s time again to beware of what might show up in your candy. Who knows? You might get lucky and find rainbows or red books!

For my Goetia and Tarot experiments I worked with the text and seal of Bathim and The Star card using MidJourney with 4-up images here, and I link to the threads on the library’s social if you want to see them all, individually posted.

Plus almanac, a meme, zine, updates, quotes, reviews, and more! 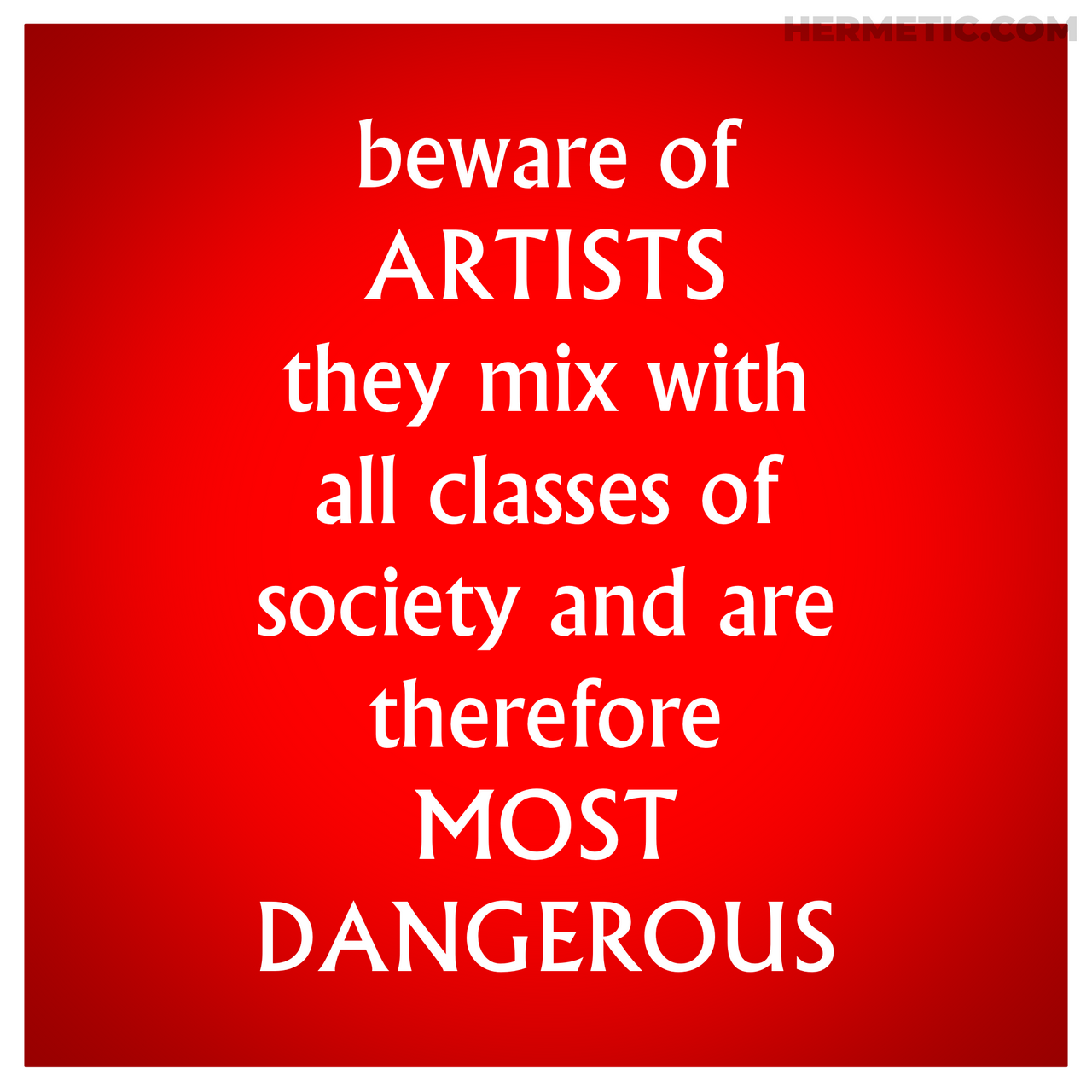 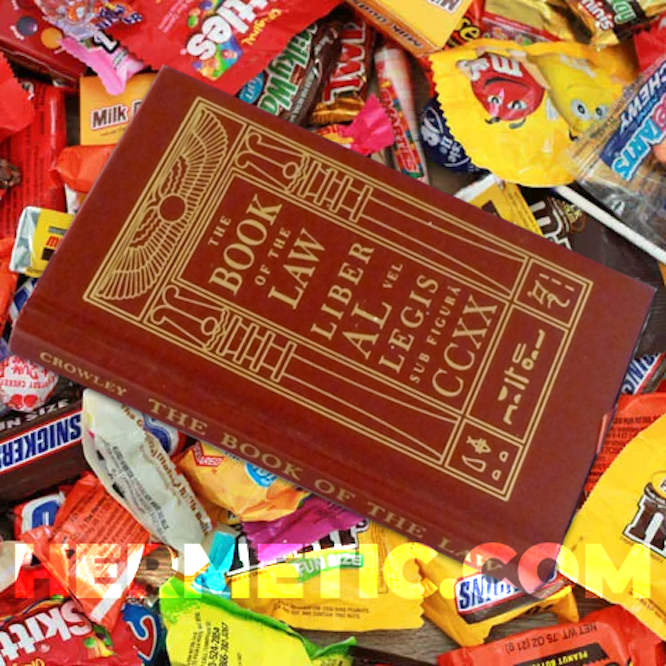 BEWARE: As Halloween gets closer, higher guardians are warning parents to LOOK at your child's candy before they eat it. What looks like some other innocent red wrapped candy is actually a Red Book, like Das Kapital, or Mao's, or Jung's, or, even, actually promulgating the Law of Thelema!

And, definitely don't discuss the contents, lest your children be shunned!

♬ Mommas, ♫ don't let your babies grow up ♪ to be Centres of Pestilence ♫

Wise to destroy any copy you find after the first reading.

Also, so that you are forewarned and four-armed (cuz having four arms would be cool!) here's a handy identification guide with a sample of a few dangerous red books with a red rock from Sedona. 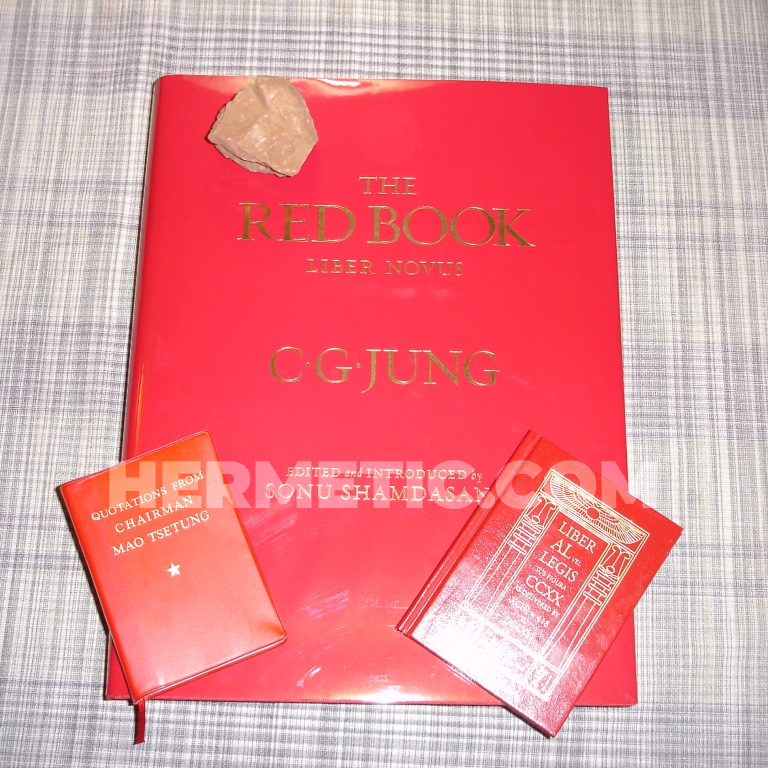 This week I continued my experiments with text and image prompts for Goetia with the seal and description of Bathin.

(18.) Bathin. – The Eighteenth Spirit is Bathin. He is a Mighty and Strong Duke, and appeareth like a Strong Man with the tail of a Serpent, sitting upon a Pale-Coloured Horse. He knoweth the Virtues of Herbs and Precious Stones, and can transport men suddenly from one country to another. He ruleth over 30 Legions of Spirits. His Seal is this which is to be worn as aforesaid.

Following my observation that I was getting results that seemed maybe too alike week to week, I went way overboard and there’s four sets this time. I tried a mix of pasted block of text, parsed keyword text, and image of the seal for prompts to see how things came out. I hope I settle on fewer prompts soon, but I’m trying to find the right prompts for the most interesting results, as one does. Since there’s so many, I’m still posting these in the thread through next week. 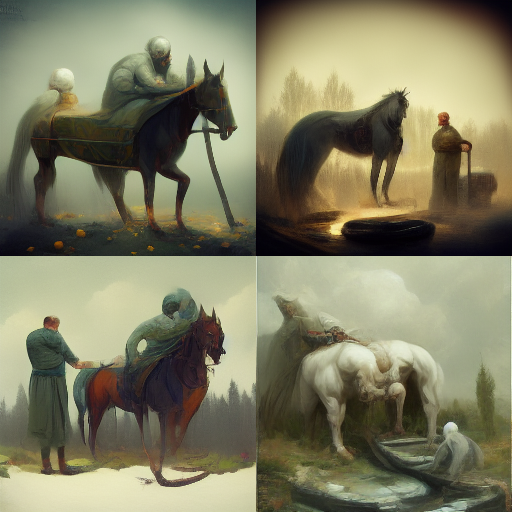 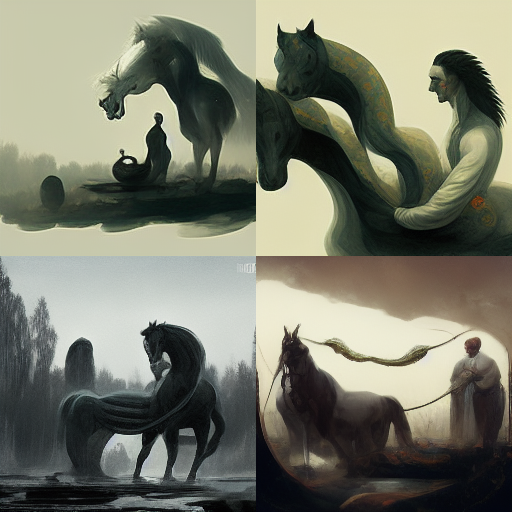 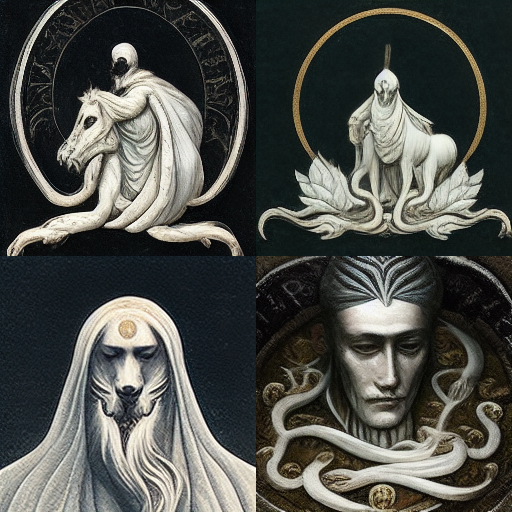 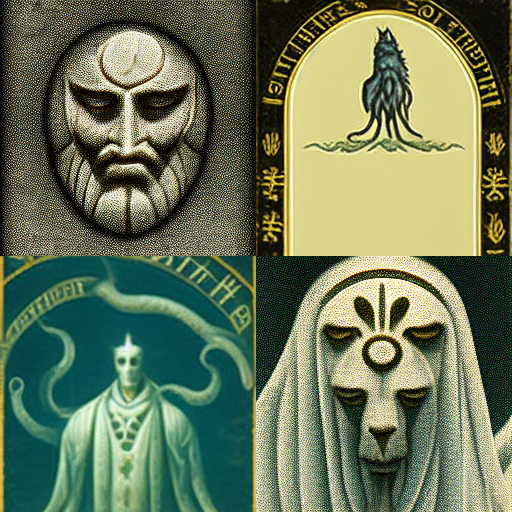 For these I used a mix of text and image prompts. The text was from the Book of Thoth. The images were either Oppenheim's Sun, Moon, Stars (which I really wanted to use but was nervous might not be hers since I had trouble finding it, but appears to be in a private collection, so it seems reasonably legit and verified) and one of the photographs of Oppenheim herself by Man Ray. Here’s the prompt images. 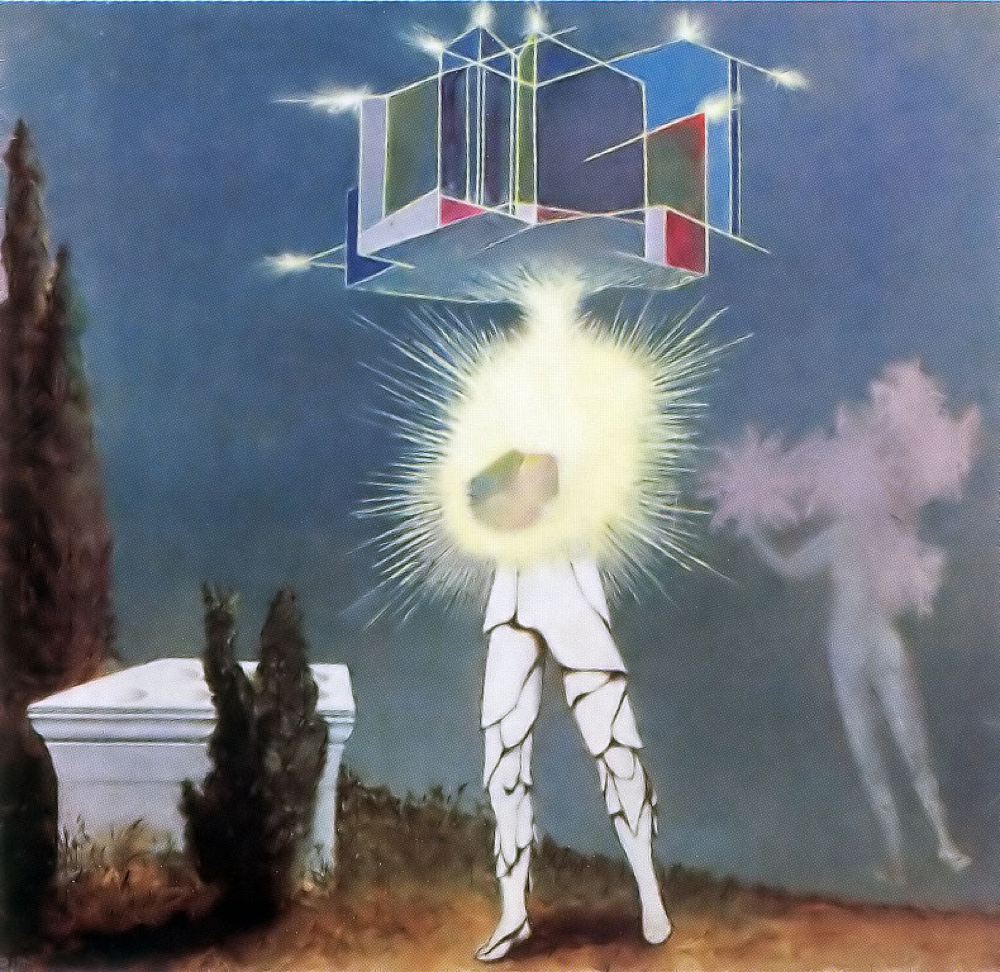 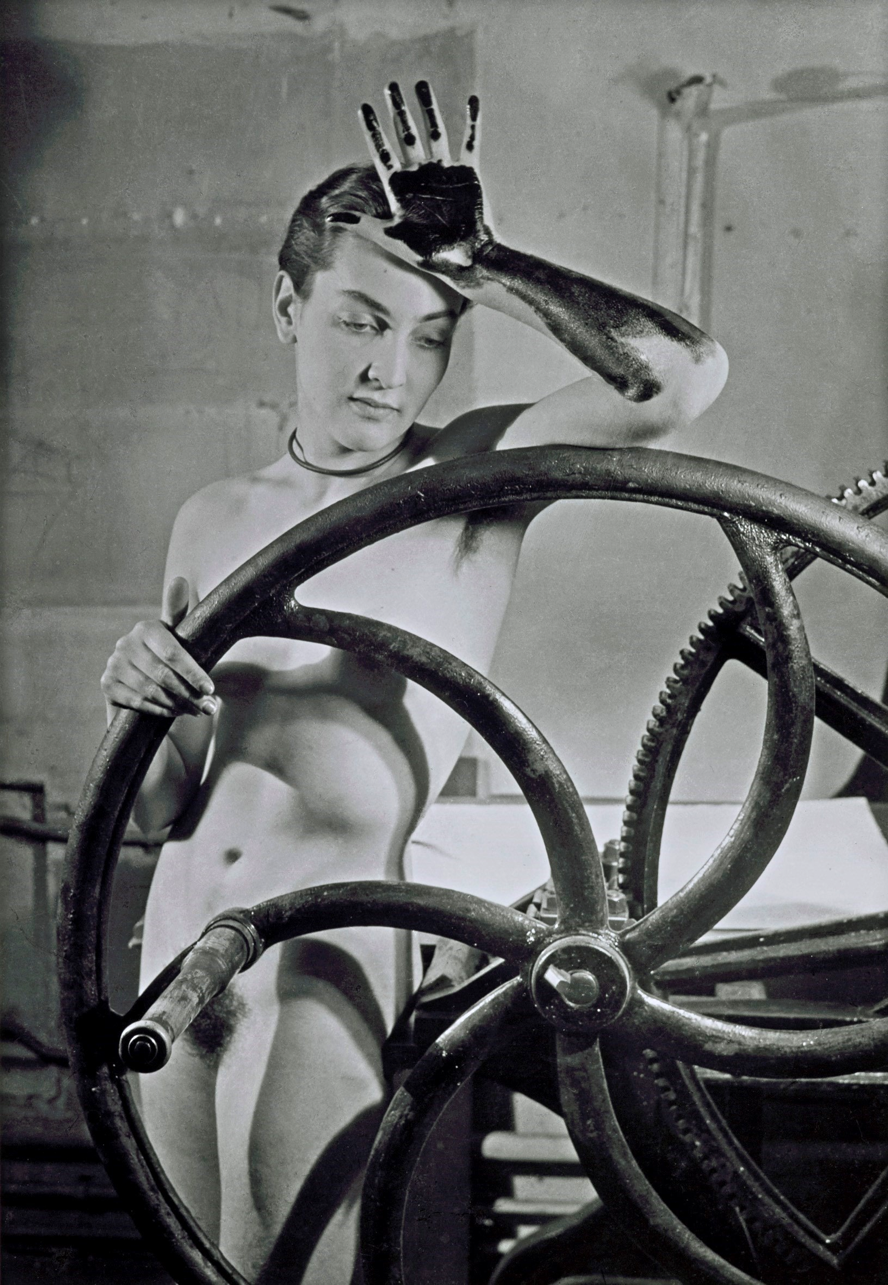 And here’s the four sets of 4-up results from MidJourney. 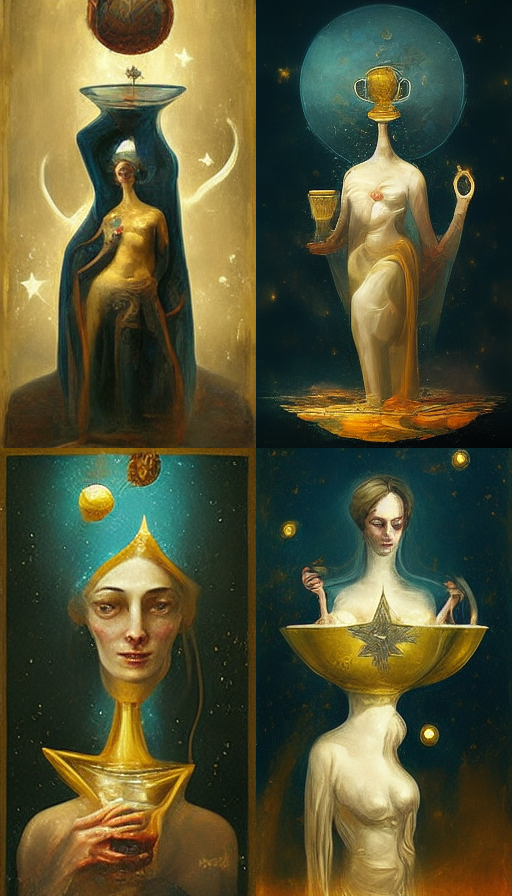 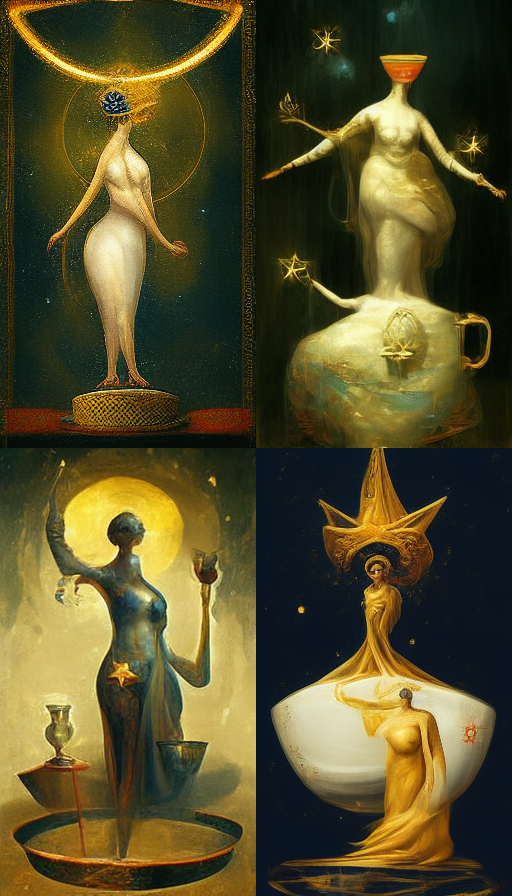 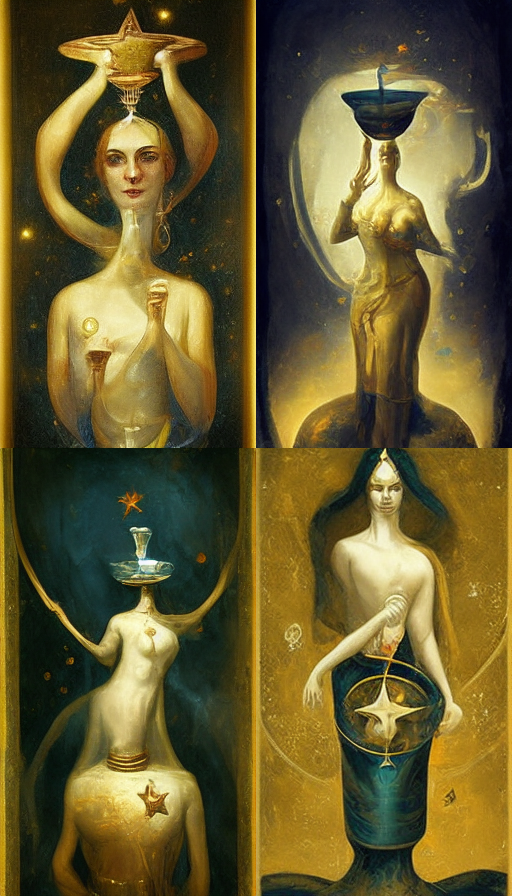 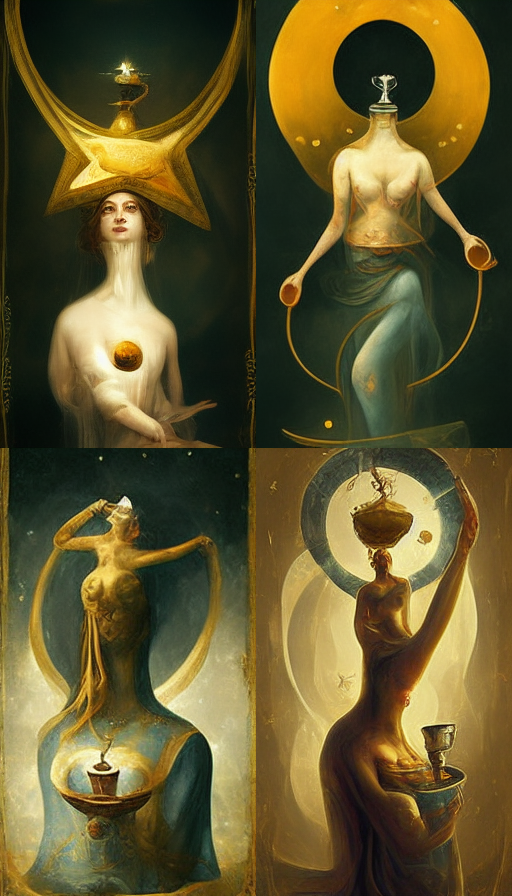 I also tried both Goetia and tarot in DALL-E. I didn’t like anything it came up with for Goetia, but here’s two images for a parsed text prompt based on the Book of Thoth description and the idea of The Star by Méret Oppenheim. 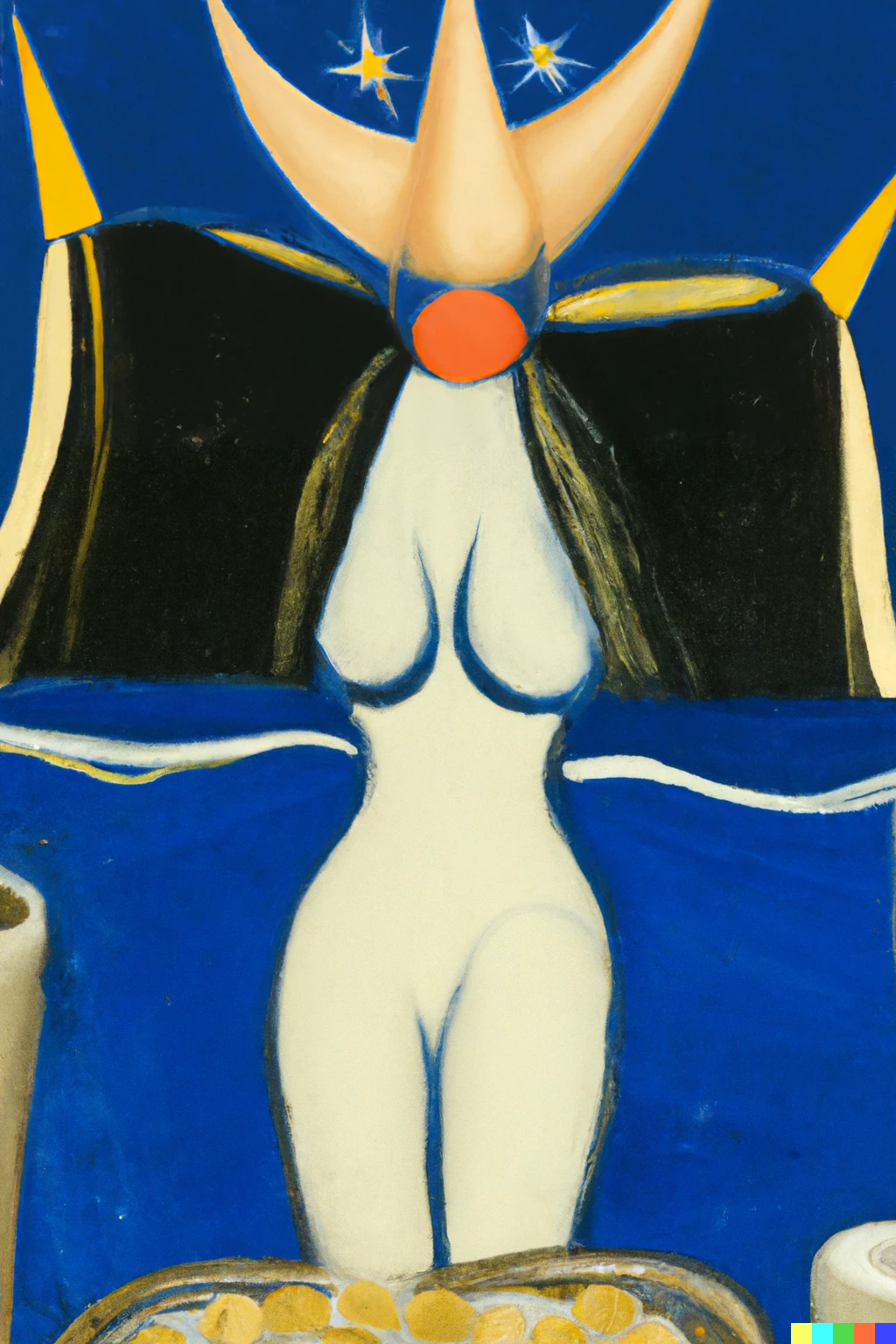 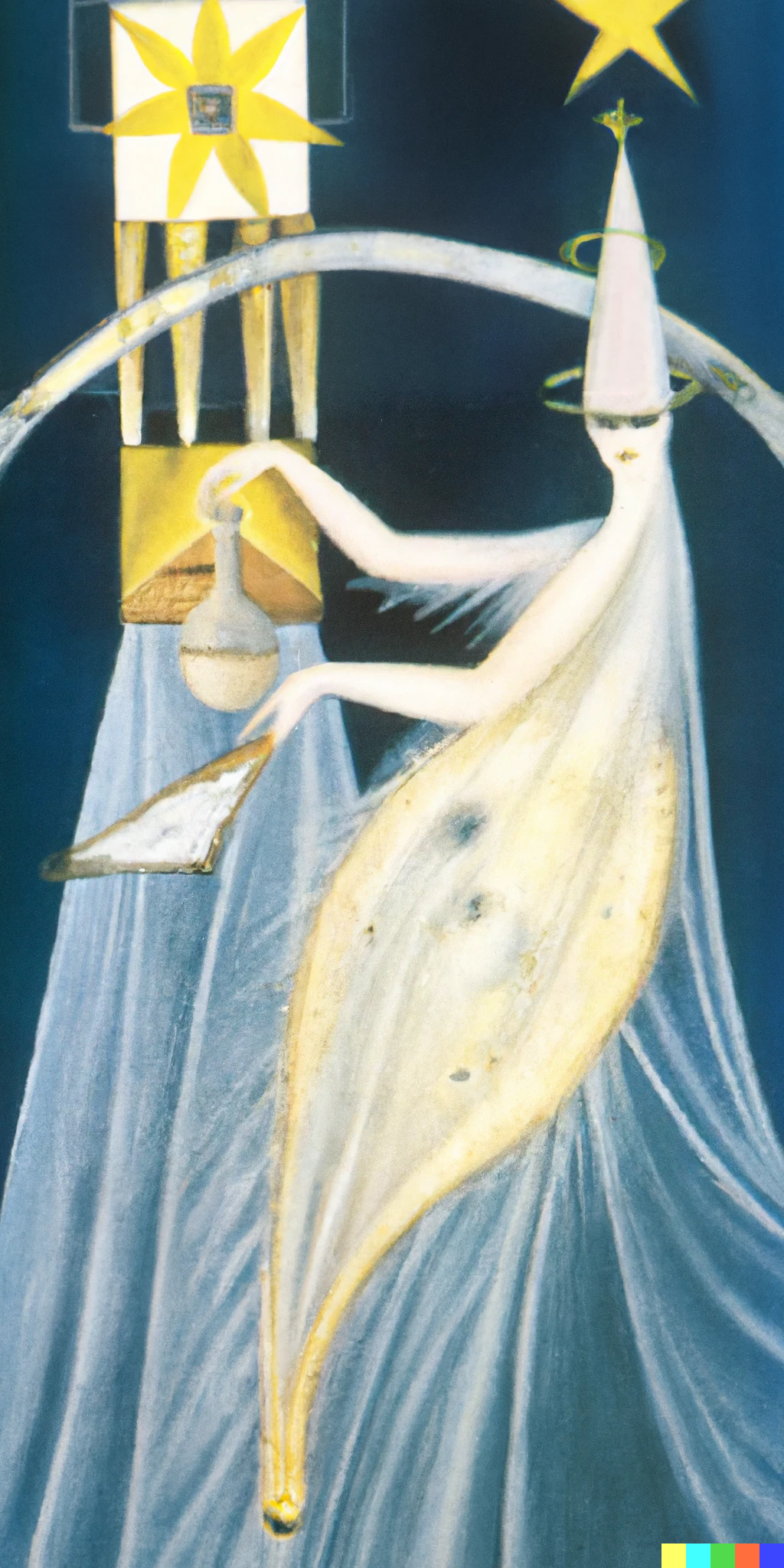 So, that was a lot of images generated this week! And I’m still posting both series to the threads on the library social. But, I’ve made new Hermeneuticon entries for Bathin (I keep trying to typo Bathim!) and The Star. 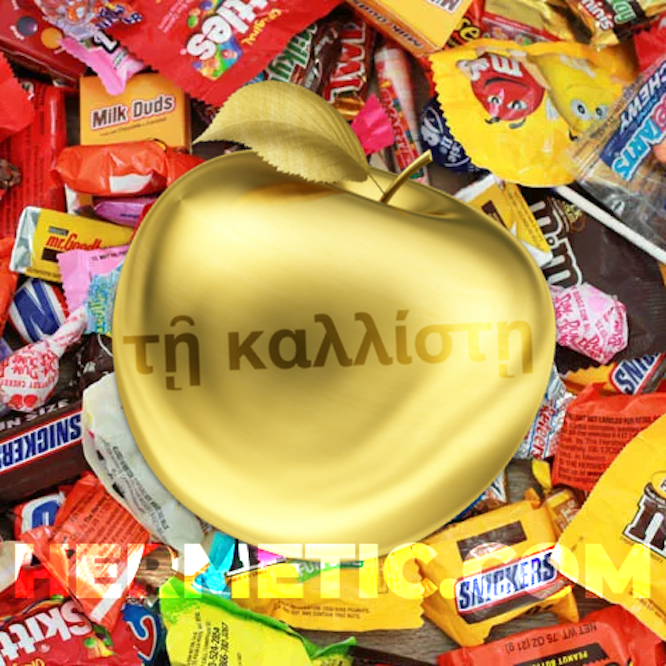 BEWARE: As the marriage of Peleus and Thetis gets closer, the oracles are warning the gods to LOOK at what gets tossed in the midst of the candy feast, lest there be a golden apple inscribed τῇ καλλίστῃ 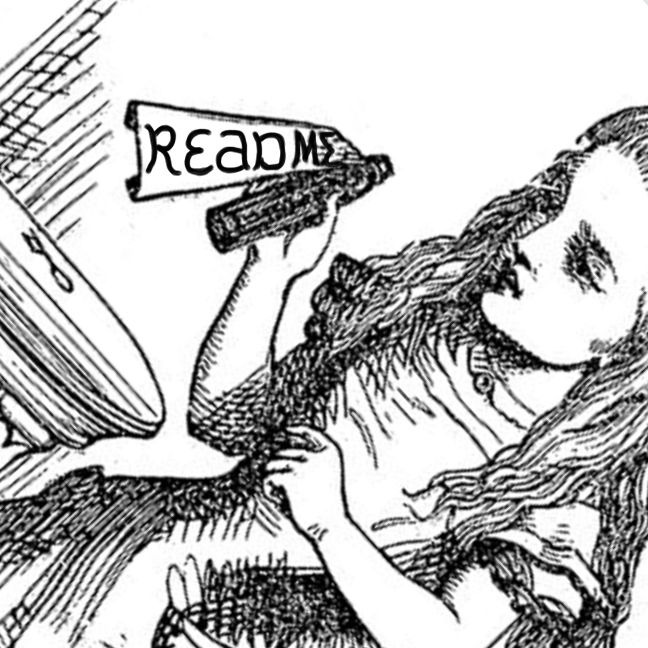