“aw, it isn’t that bad? it’s kind of interesting?”

This week there’s a bit of an update about my experimental milpa garden, and a safety tip from me to you. I’m also introducing Beleth, the newest library server to join the team.

Also there’s AI generative art for the week using MidJourney for the prompts “The Hanged Man tarot card by Zdzisław Beksiński”, the description of Beleth from Goetia, and some variations on Aleister Crowley’s illustration of LAM from Liber LXXI. 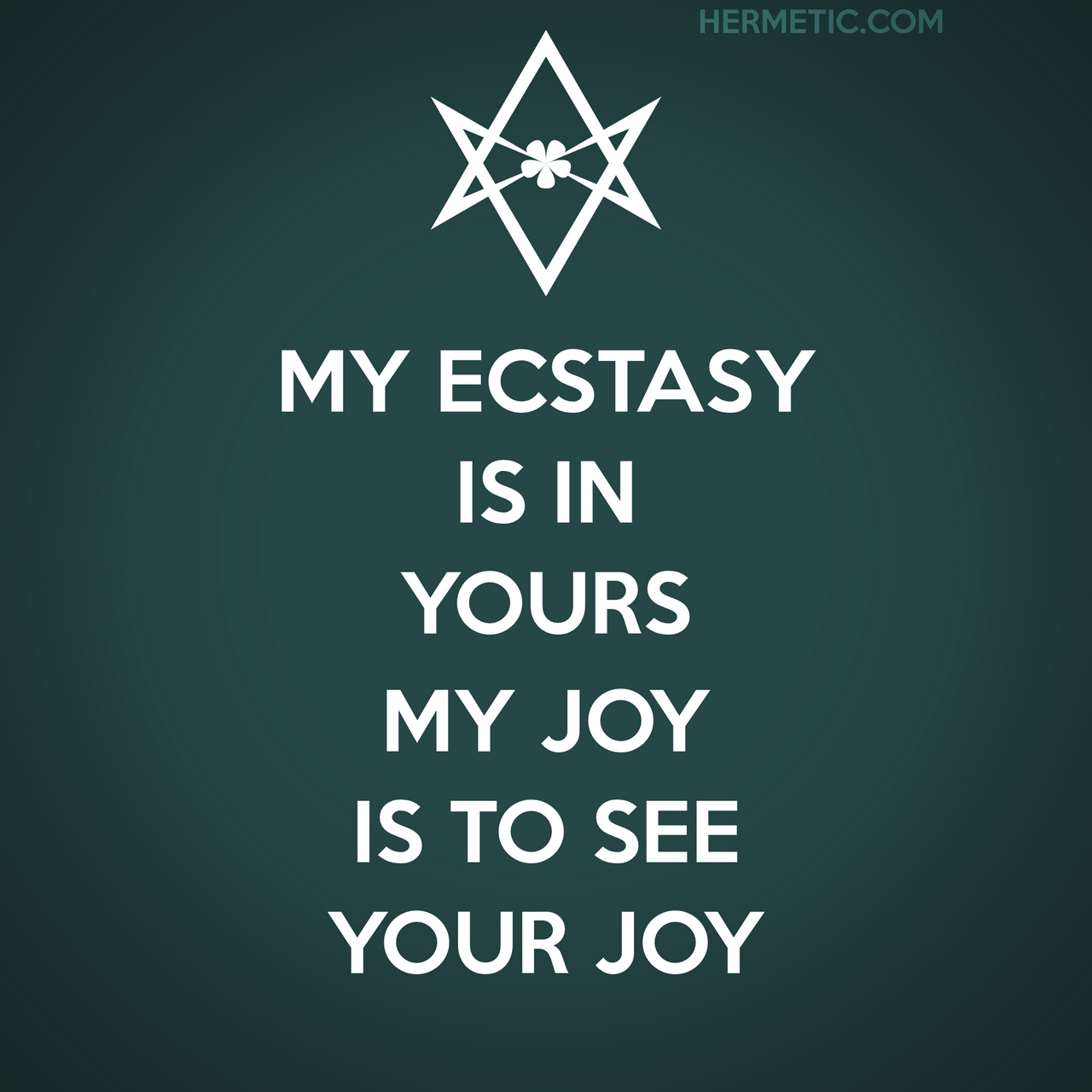 A new server has joined the Hermetic Library team! Join me in welcoming Beleth. I’m in the middle of the annoying process of migrating things now, and once I’m done I will then be decommissioning Buer. Buer has been in service hosting library related stuff, but not the main site, for, wait for it, 9 years! I’ll be sad to grant Buer’s license to depart, but it’s time to refresh a few things that are just simply easier, even if annoying to do either way, with a new server than trying to keep updating the old one.

So, this will take a while, but, it needed to be done. I’ve been working on that this week and will probably be doing this off and on for the next week or two. Hopefully not longer than that!

After that, I’ll be looking at doing another. Abaraxas, which serves the main library site, has only been in service for 3 years now, but it may be time to migrate the site again. There is a major software update that is troublesome to do on the existing server, so moving to a new server may be just the thing.

Oy. That’s a lot of migrations. Even if I only have to do it every few years, it is still a pain. Also, maybe a bit more of a pain than if I were doing it all the time still, tbh. When there’s so much time between moves, I tend to have to remind myself about a lot of things that I just don’t need to remember otherwise.

But, it’s a big deal, takes time, and is a bit stressful, even if I’ve got backups and all that jazz, just in case. 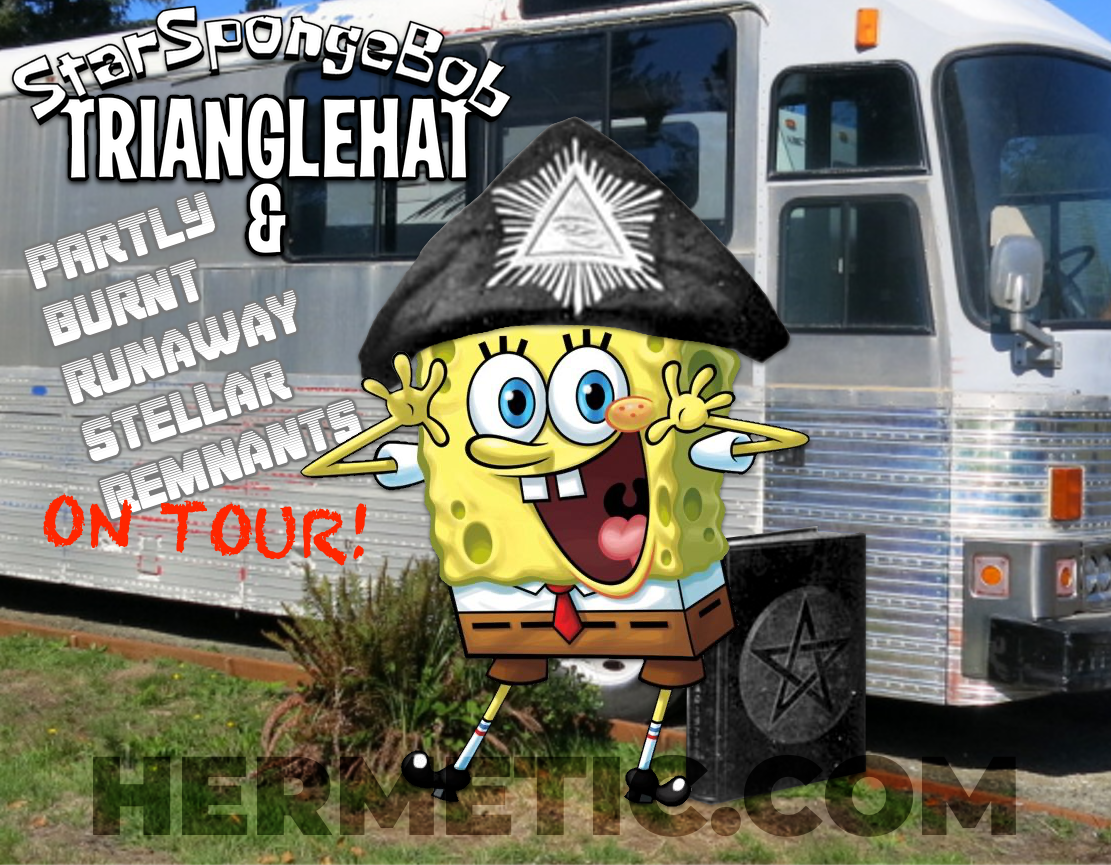 I know it’s kinda off topic maybe, but I’d mentioned my experiment with rows of milpa that I’ve benignly neglected for fun here at Hermetic Library World HQ before. I don’t know if it’s the way it should be, but it seems like I’m finally getting stuff very late in the year. Maybe it’s the late frost or perhaps I picked the wrong milpa mix. But, I’ve recently seen some actual things in the garden. Here’s a peek at some little baby corn, the first two squash, and a big sunflower. 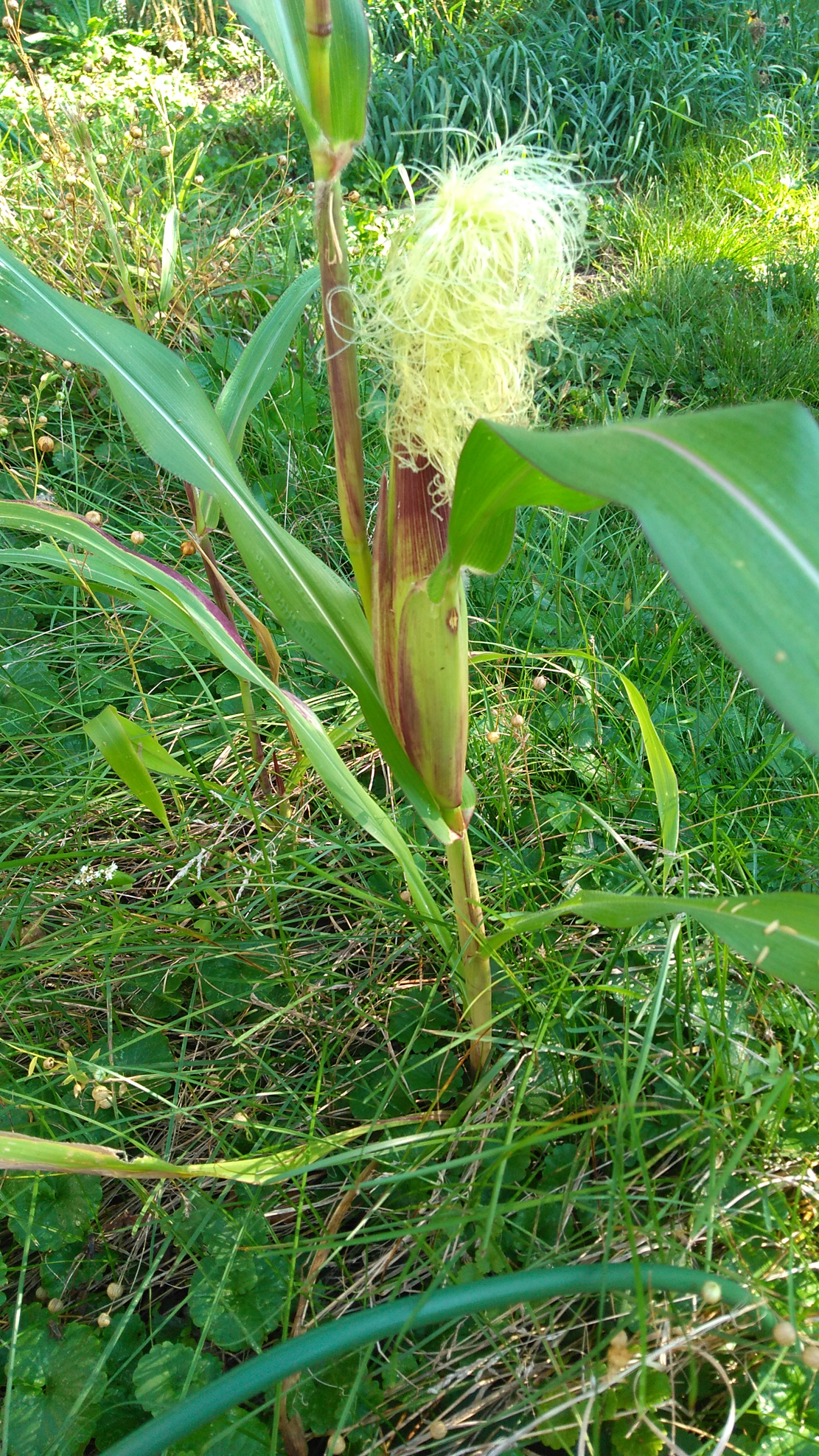 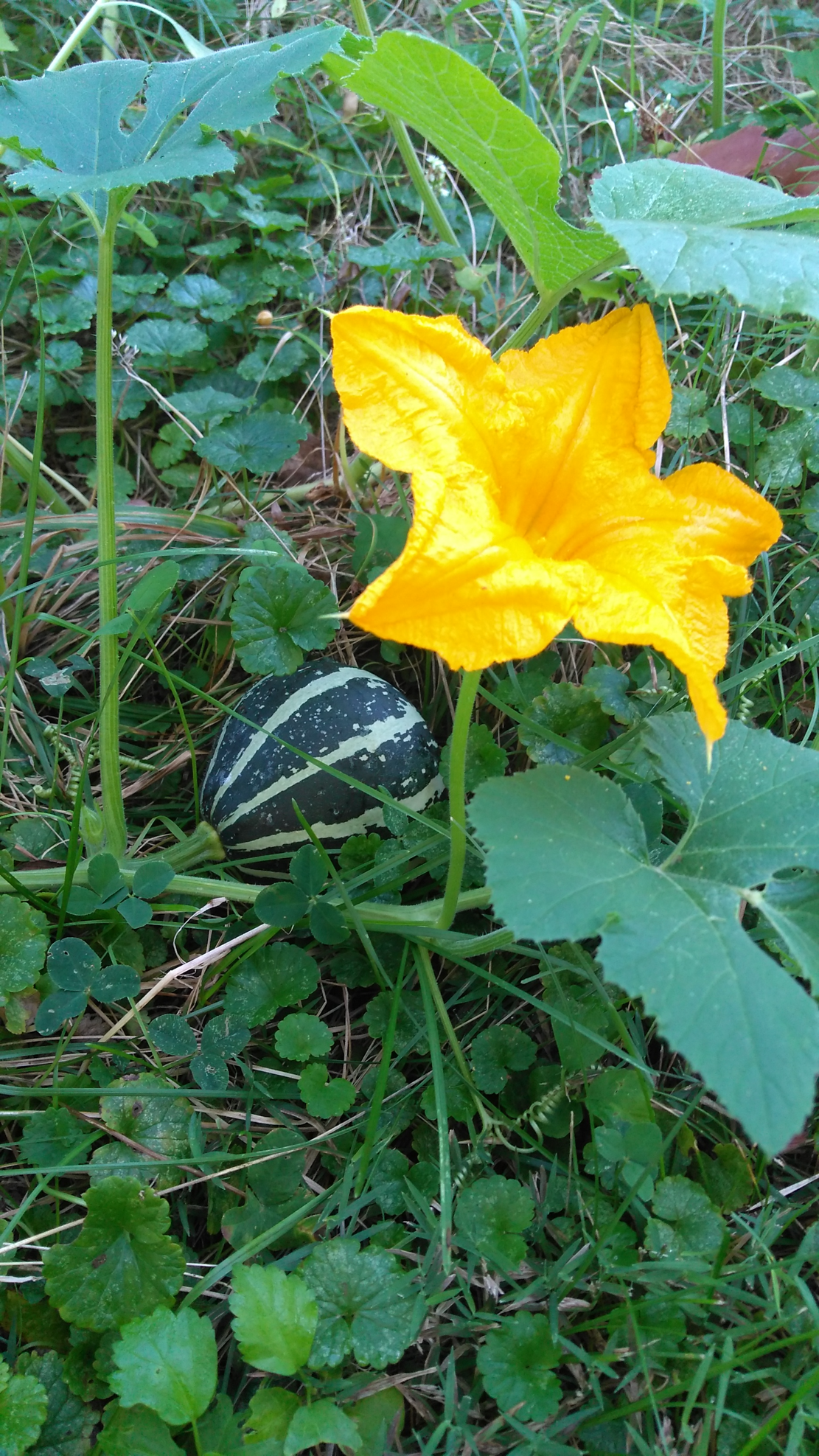 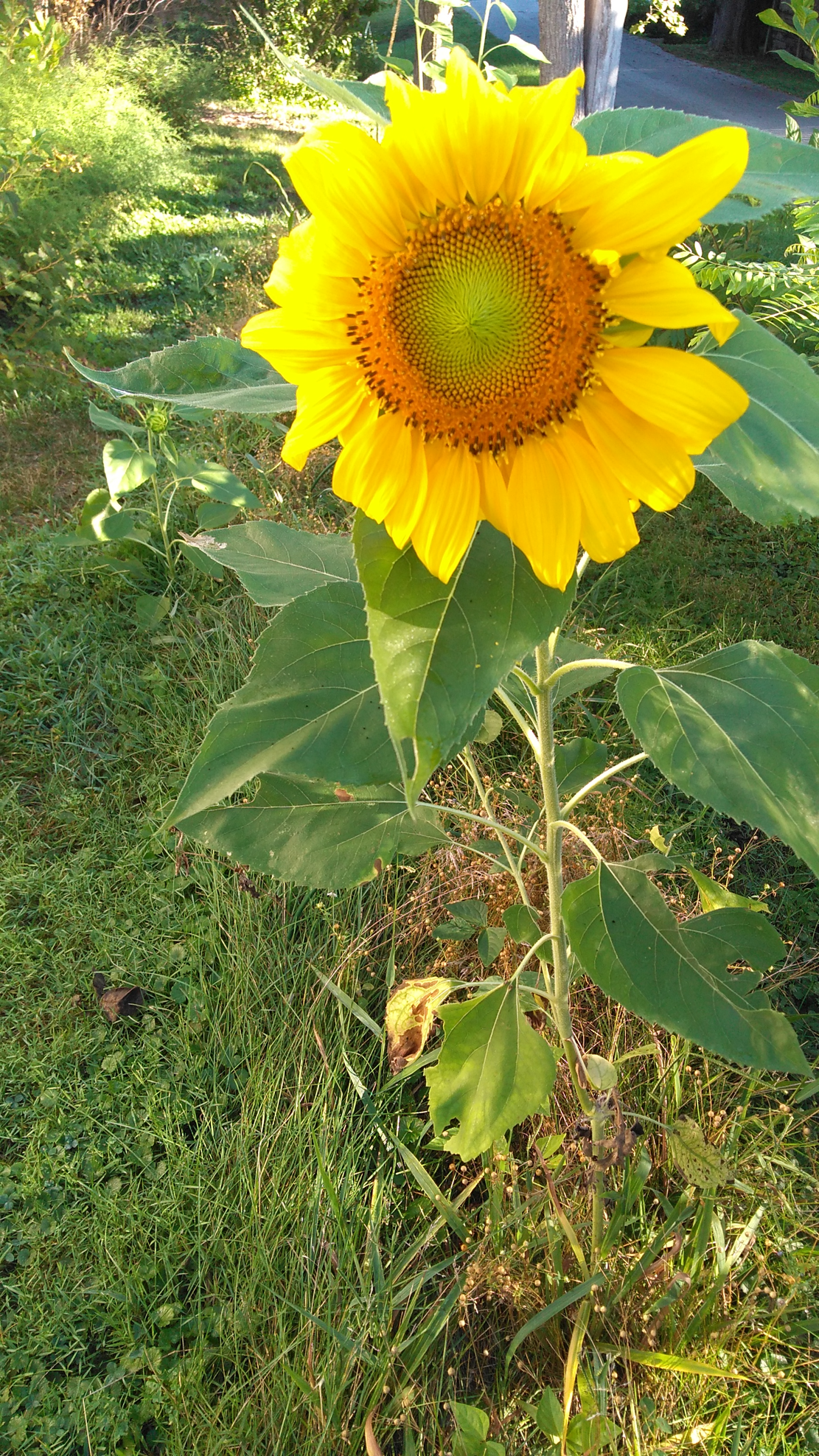 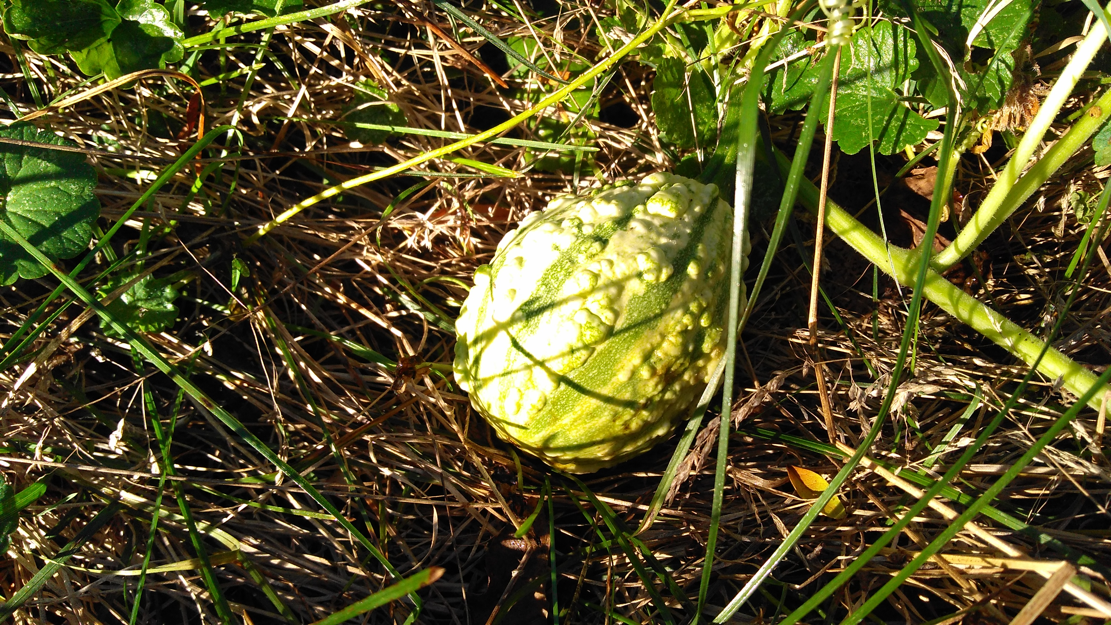 Now, here’s a little tip from me, an amateur gardener, to you. If you pick a squash from your garden and cook it up, but find that it tastes bitter … do not keep eating just because it was from your garden and muscle through it because “aw, it isn’t that bad? it’s kind of interesting?” Yeah. Don’t do that. Spit it out. For my part, I, um, won’t make that mistake … again. I hope I won’t anyway. Oops.

This week I experimented with generating images using the description of Beleth from Goetia.

The Thirteenth Spirit is called Beleth (or Bileth, or Bilet). He is a mighty King and terrible. He rideth on a pale horse with trumpets and other kinds of musical instruments playing before him. He is very furious at his first appearance, that is, while the Exorcist layeth his courage; for to do this he must hold a Hazel Wand in his hand, striking it out towards the South and East Quarters, make a triangle, △, without the Circle, and then command him into it by the Bonds and Charges of Spirits as hereafter followeth. And if he doth not enter into the triangle, △, at your threats, rehearse the Bonds and Charms before him, and then he will yield Obedience and come into it, and do what he is commanded by the Exorcist. Yet he must receive him courteously because he is a Great King, and do homage unto him, as the Kings and Princes do that attend upon him. And thou must have always a Silver Ring on the middle finger of the left hand held against thy face, as they do yet before AMAYMON. This Great King Beleth causeth all the love that may be, both of Men and of Women, until the Master Exorcist hath had his desire fulfilled. He is of the Order of Powers, and he governeth 85 Legions of Spirits. His Noble Seal is this, which is to be worn before thee at working. 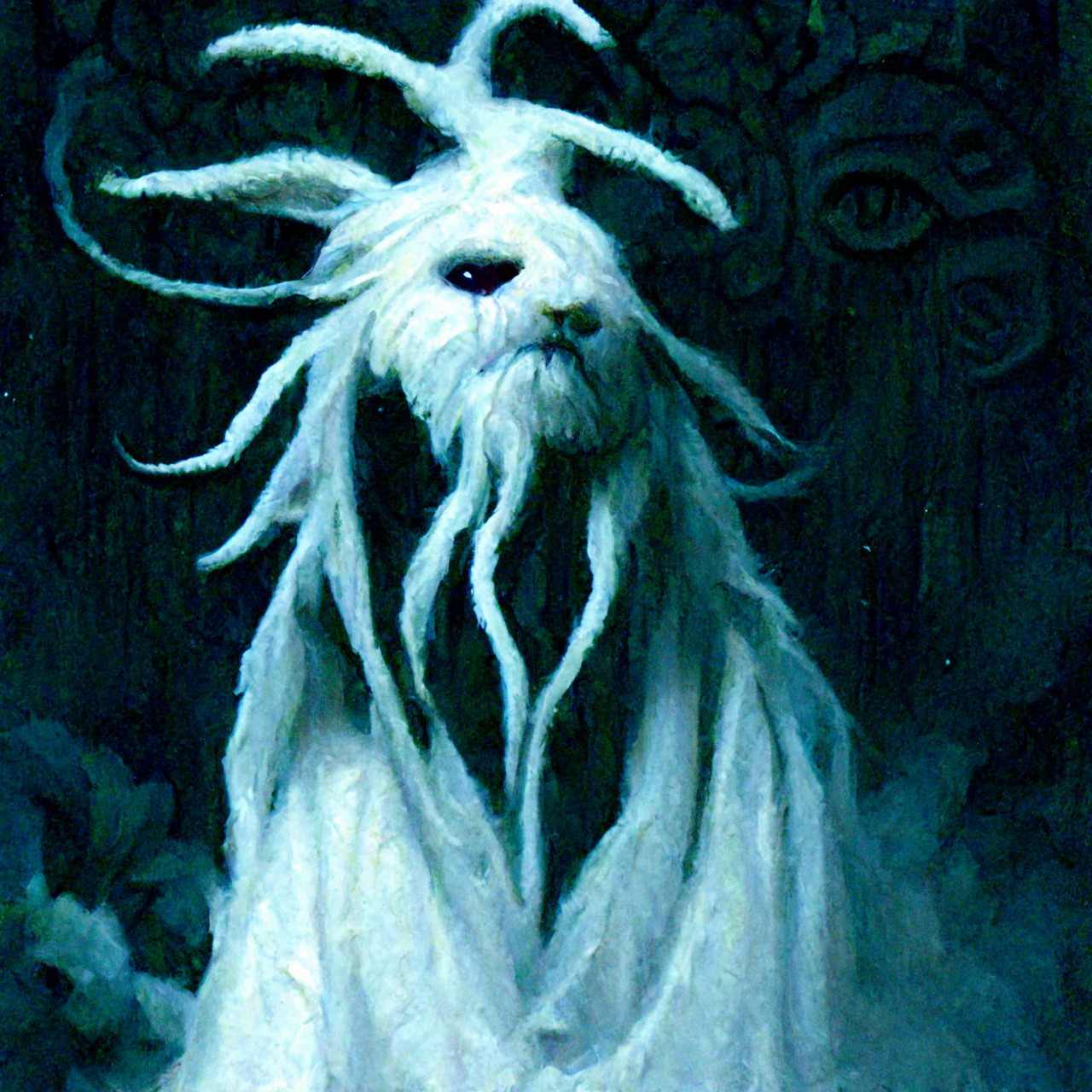 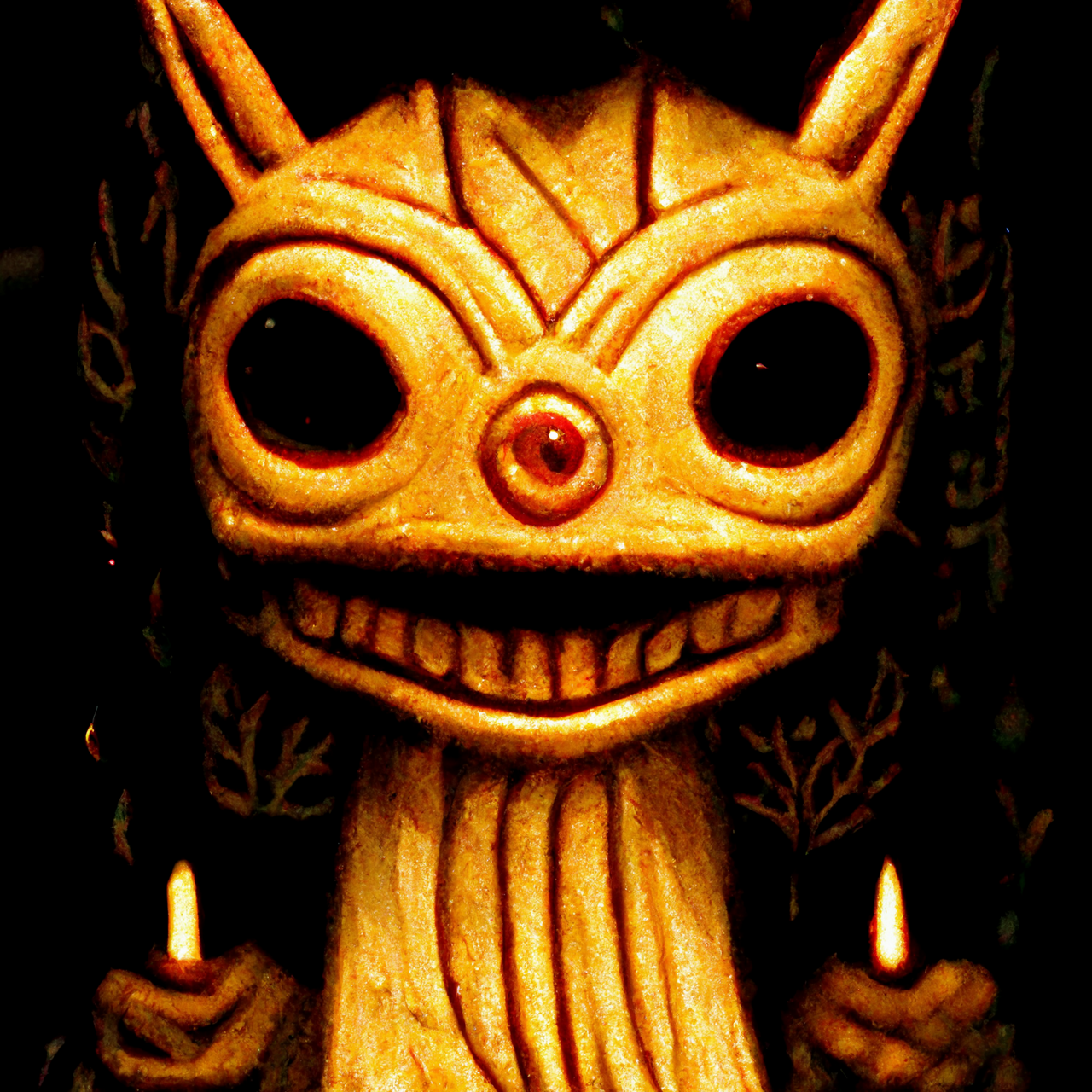 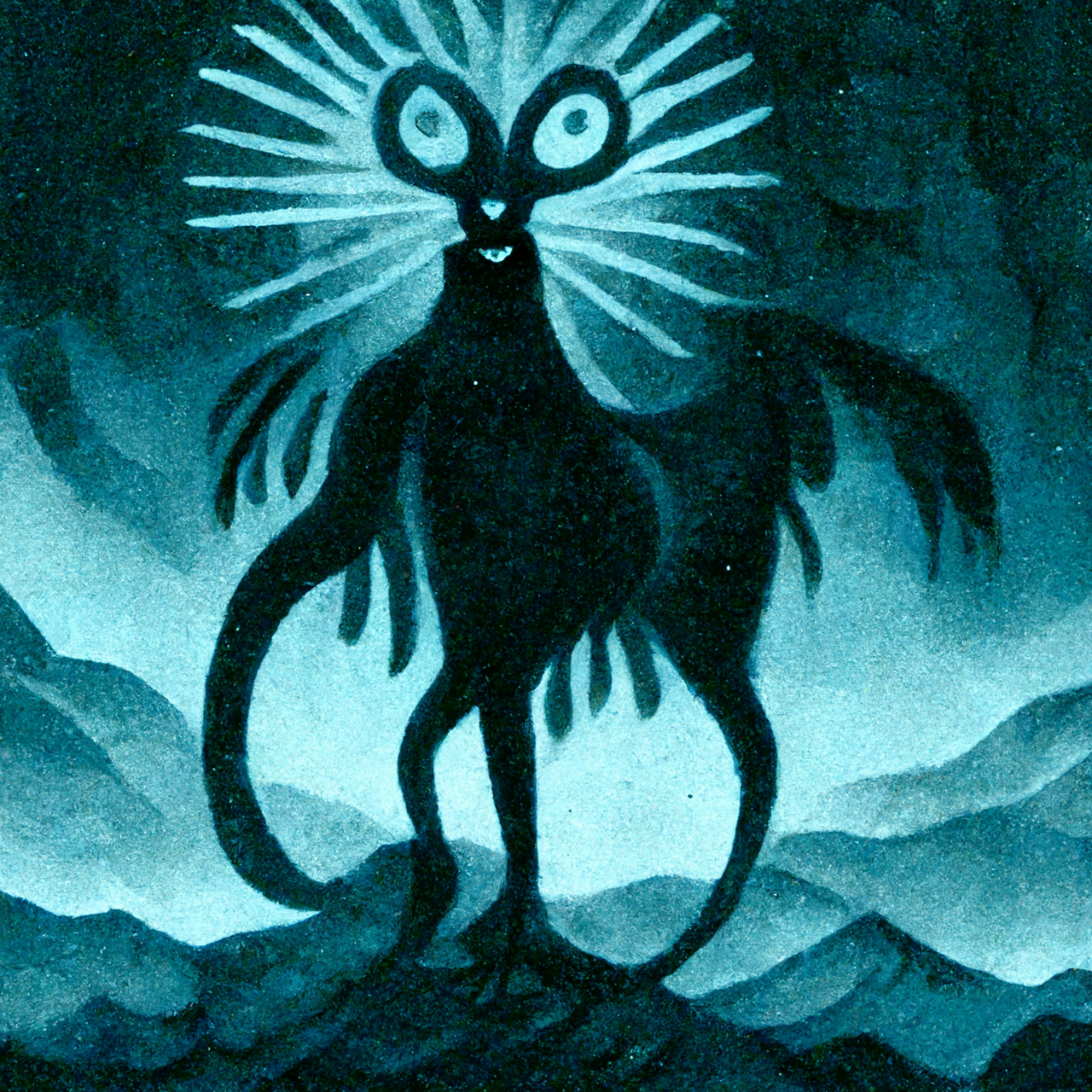 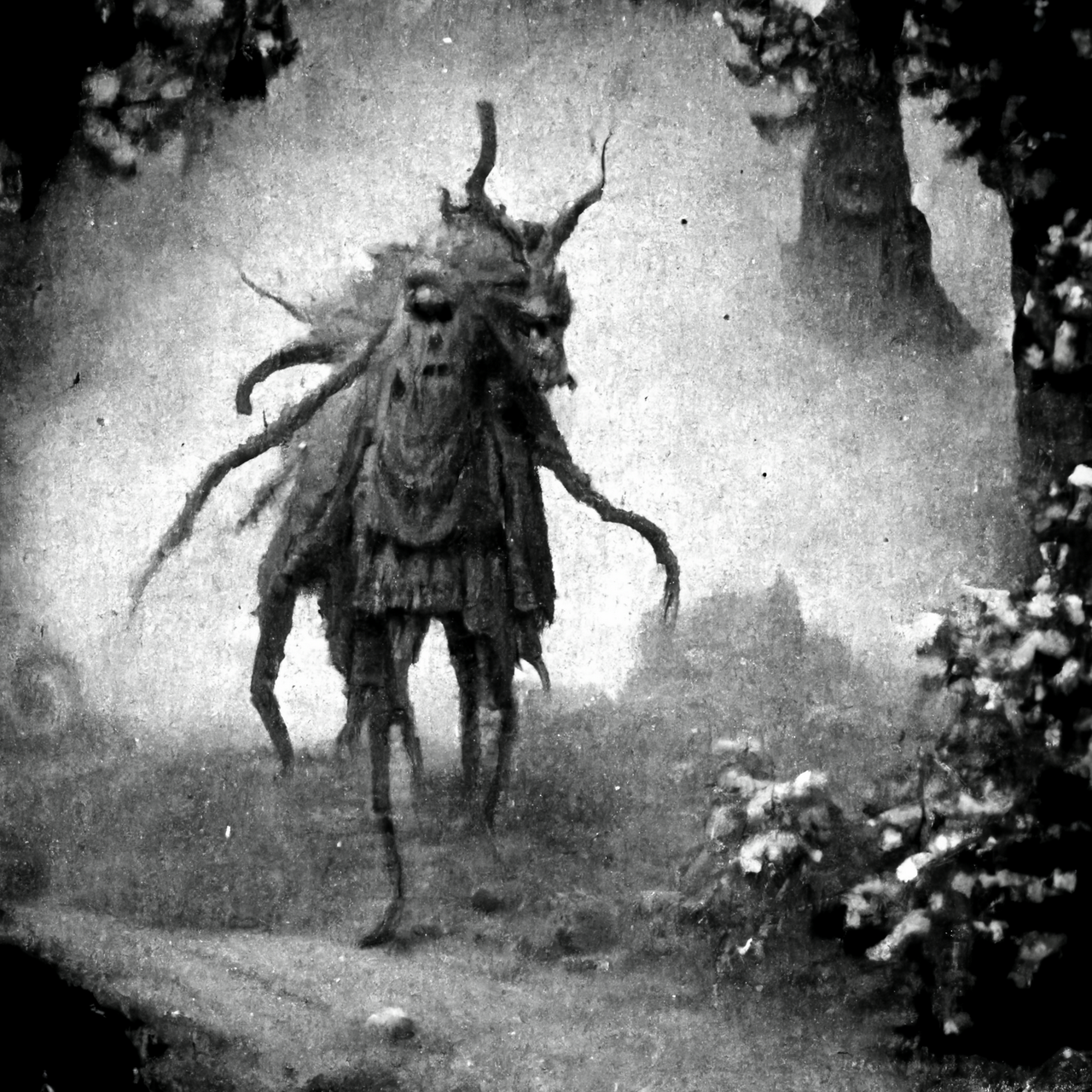 Then I tried creating “The Hanged Man tarot card by Zdzisław Beksiński”. 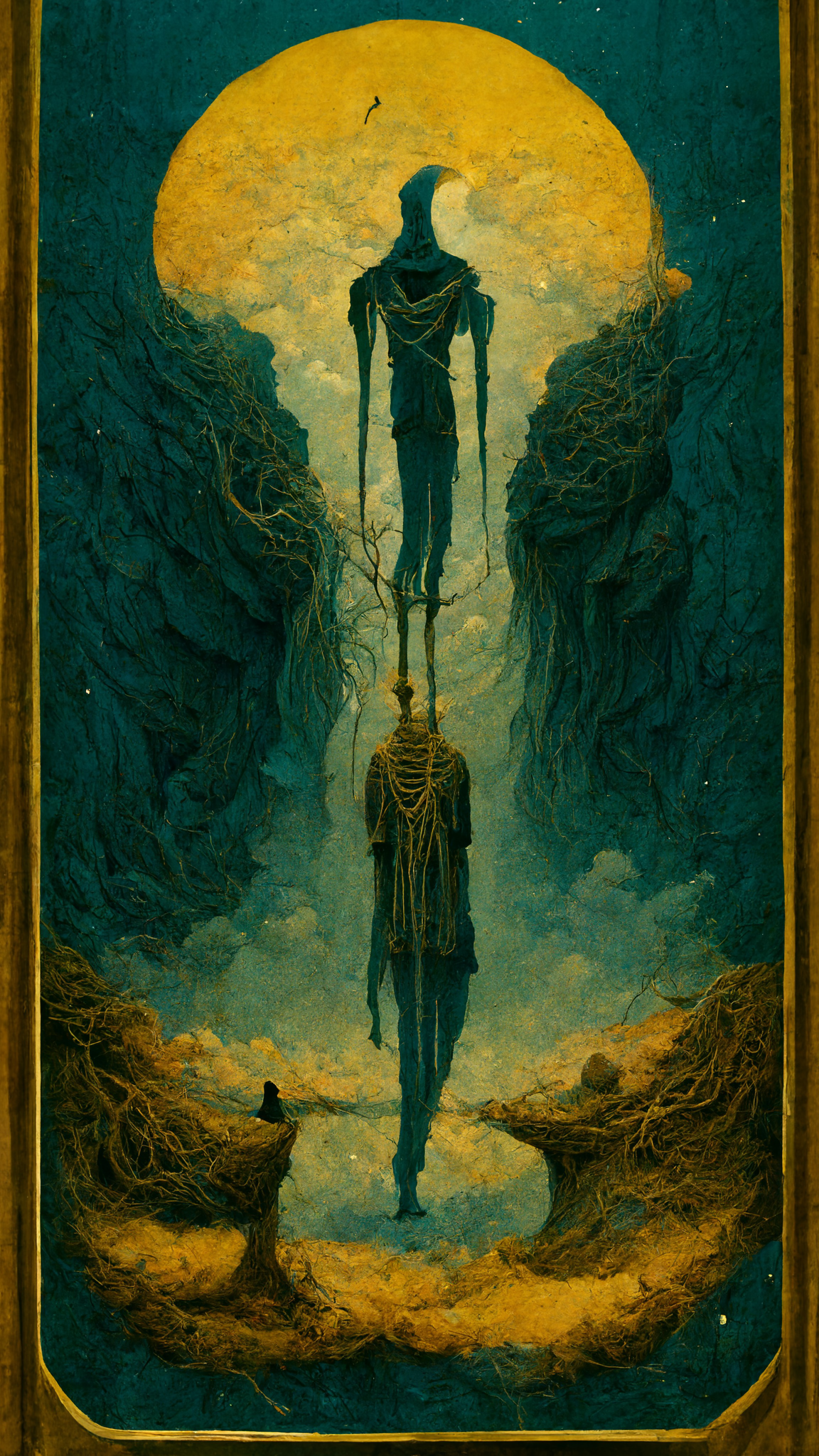 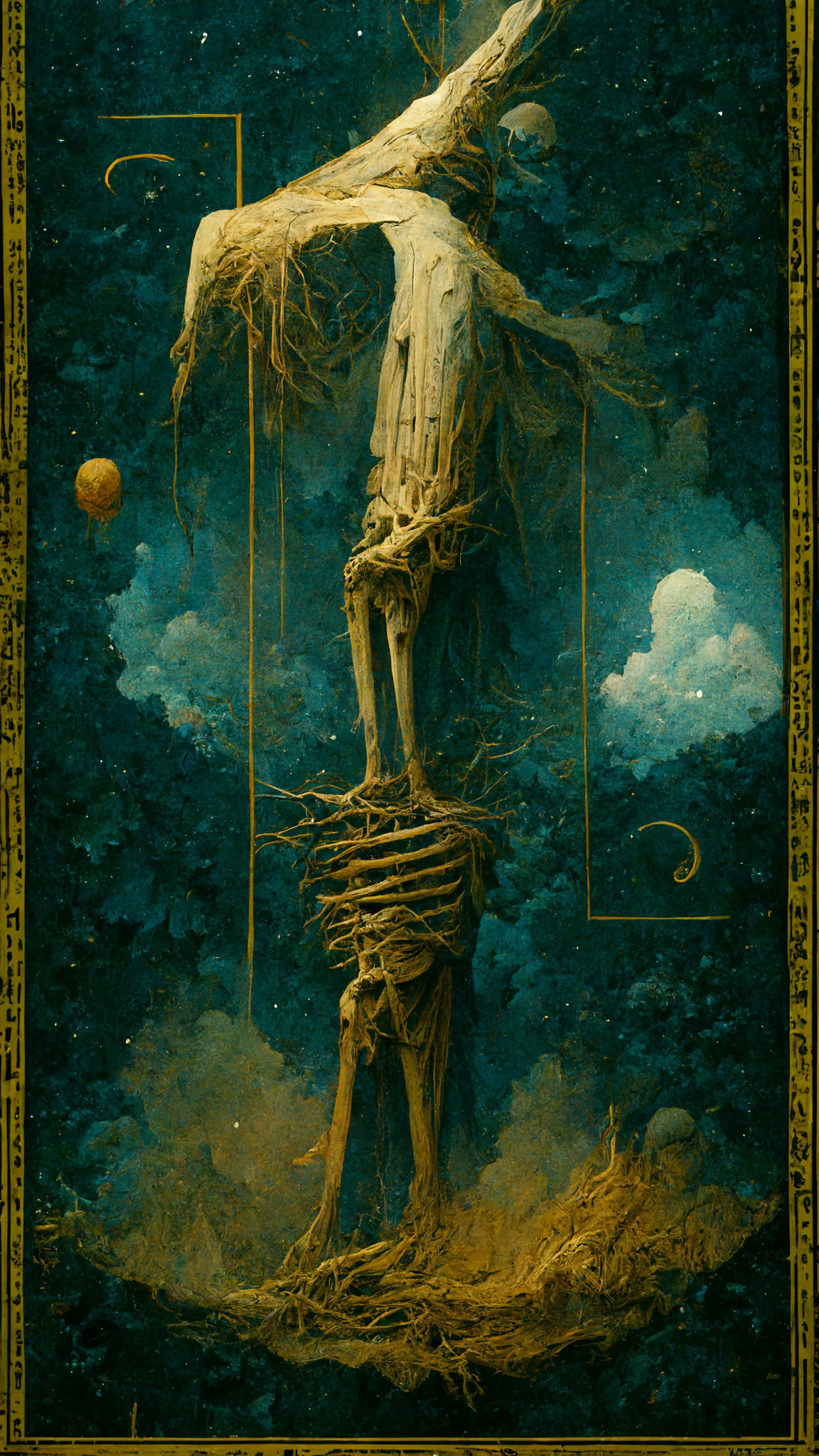 “Zdzisław Beksiński … was a Polish painter, photographer, and sculptor, specializing in the field of dystopian surrealism.” 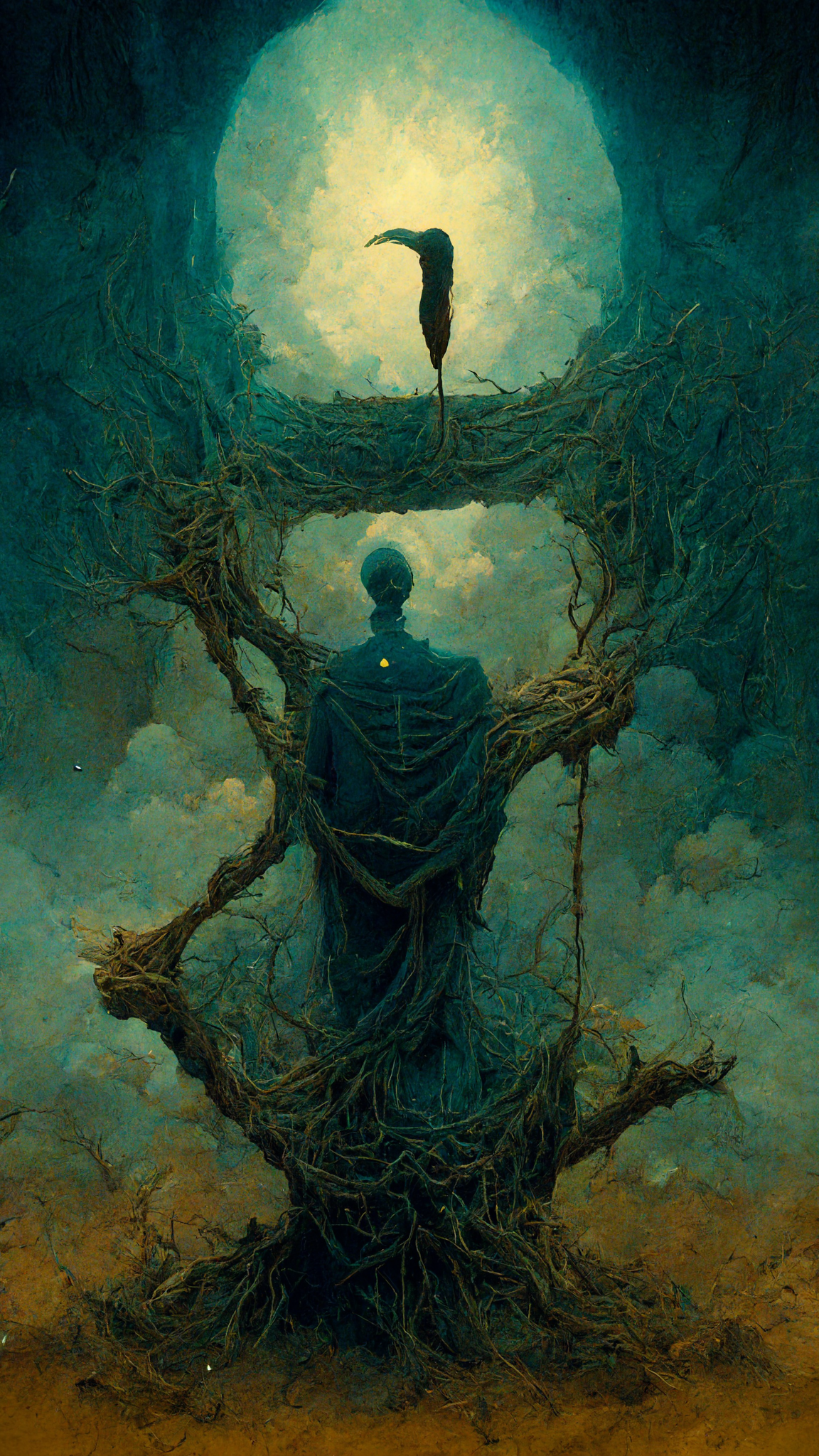 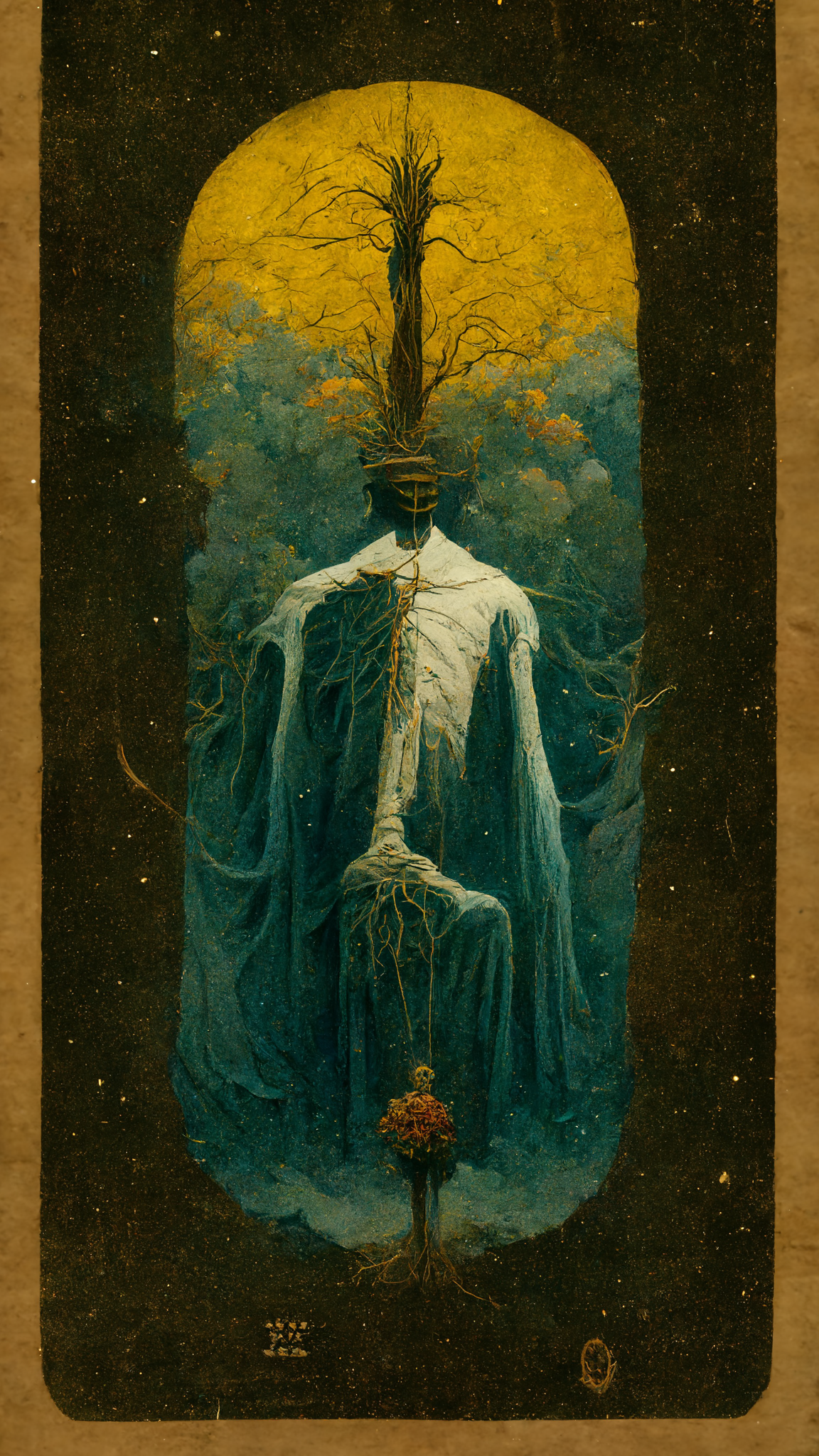 This week I also discovered that I could feed existing images into this thing. So, for funsies, I tried some variations based on Aleister Crowley’s illustration of LAM/The Way from Liber LXXI. You know the one! Here’s the first set. 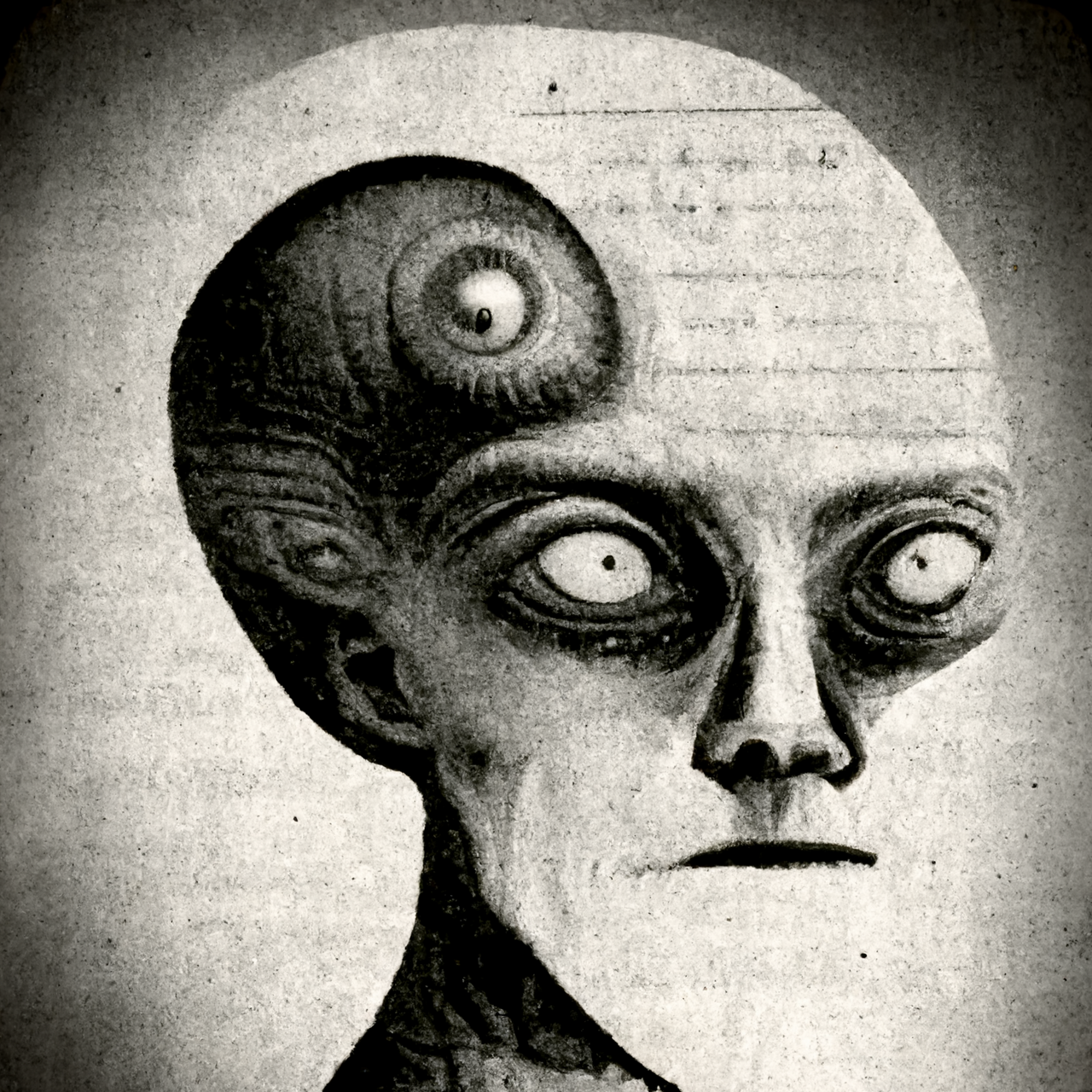 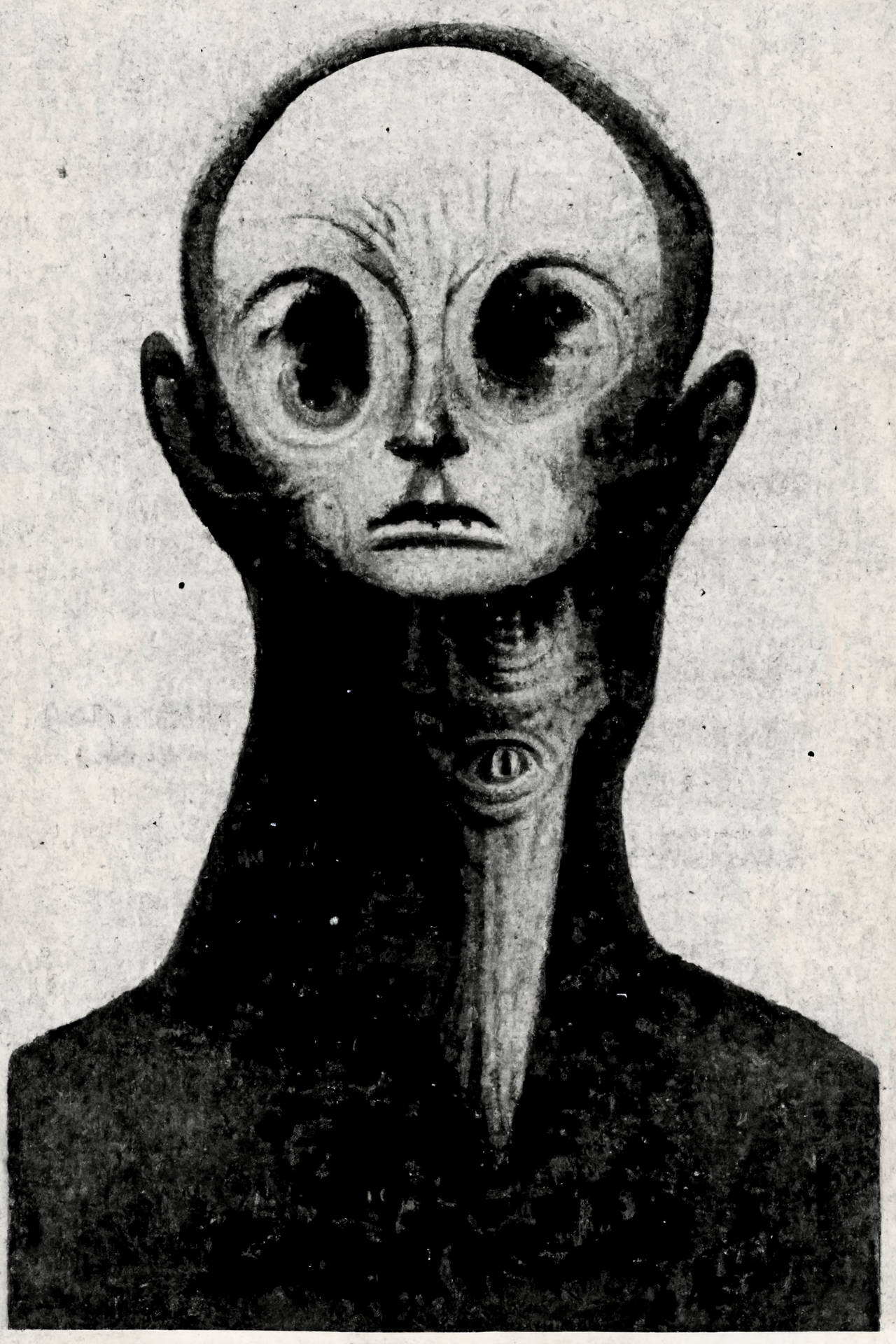 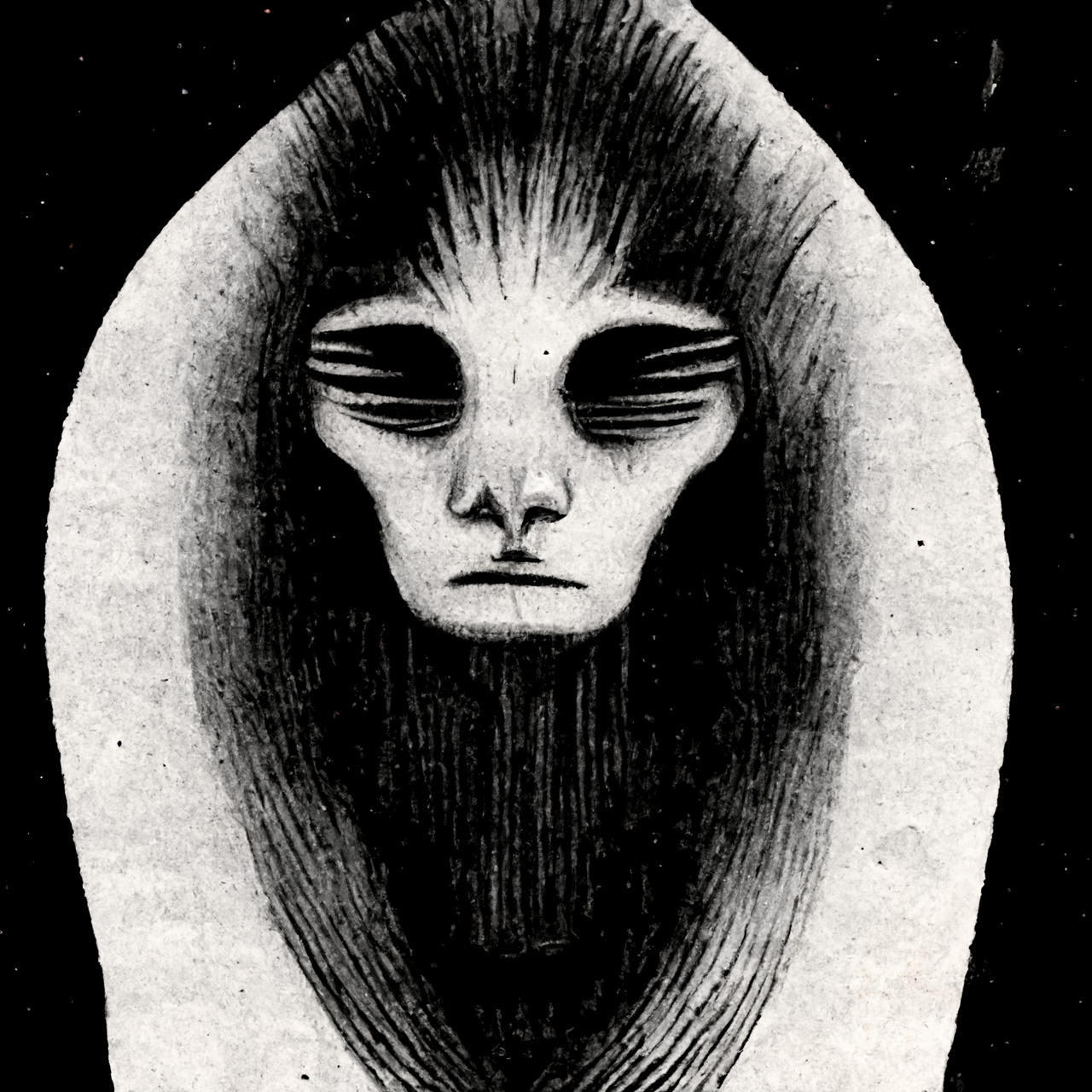 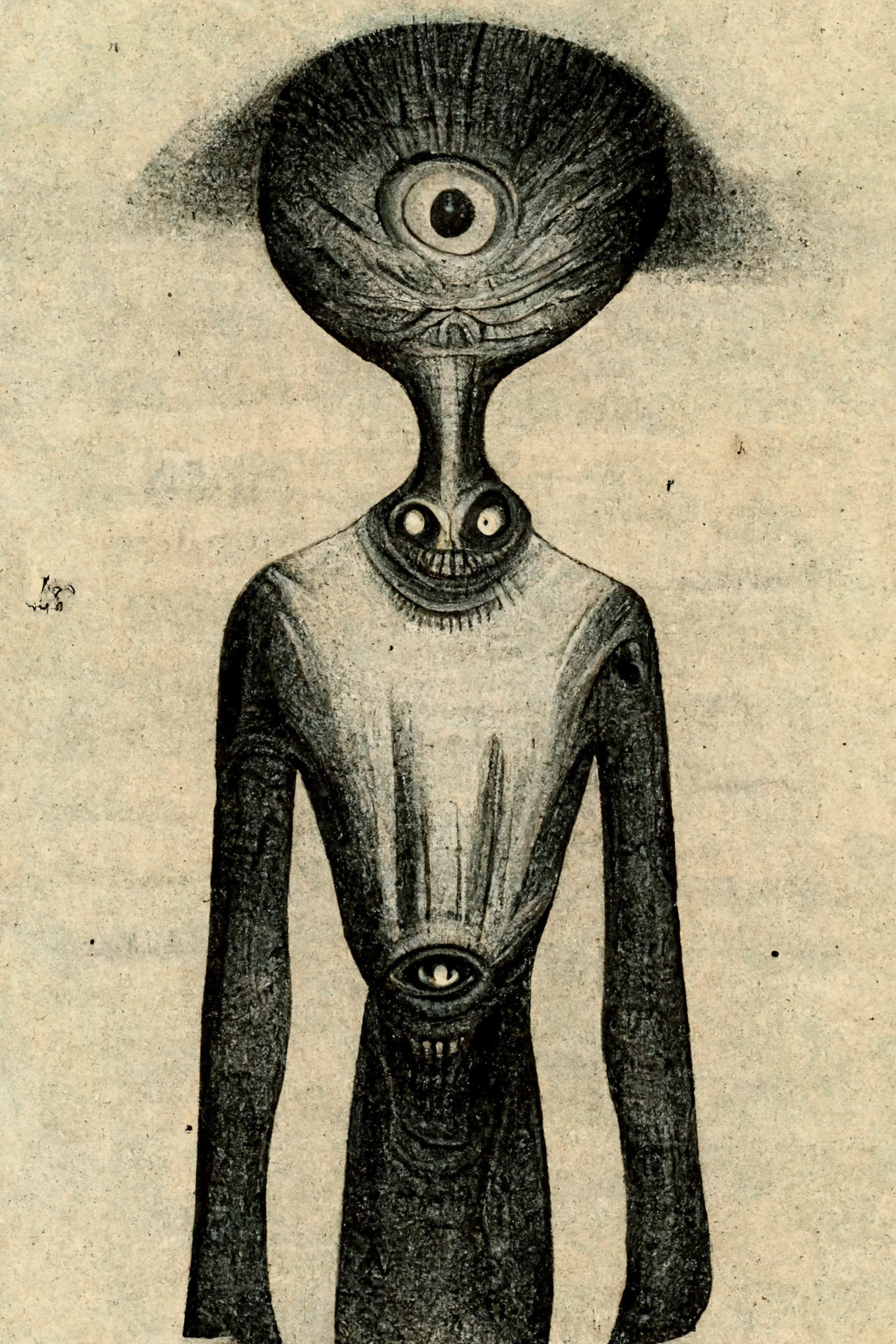 After that, I created entries in Hermeneuticon for both Beleth and The Hanged Man. Er. Wait. I forgot again. Okay, now. Now I’ve done it. Heck, I also just created one for LAM too! 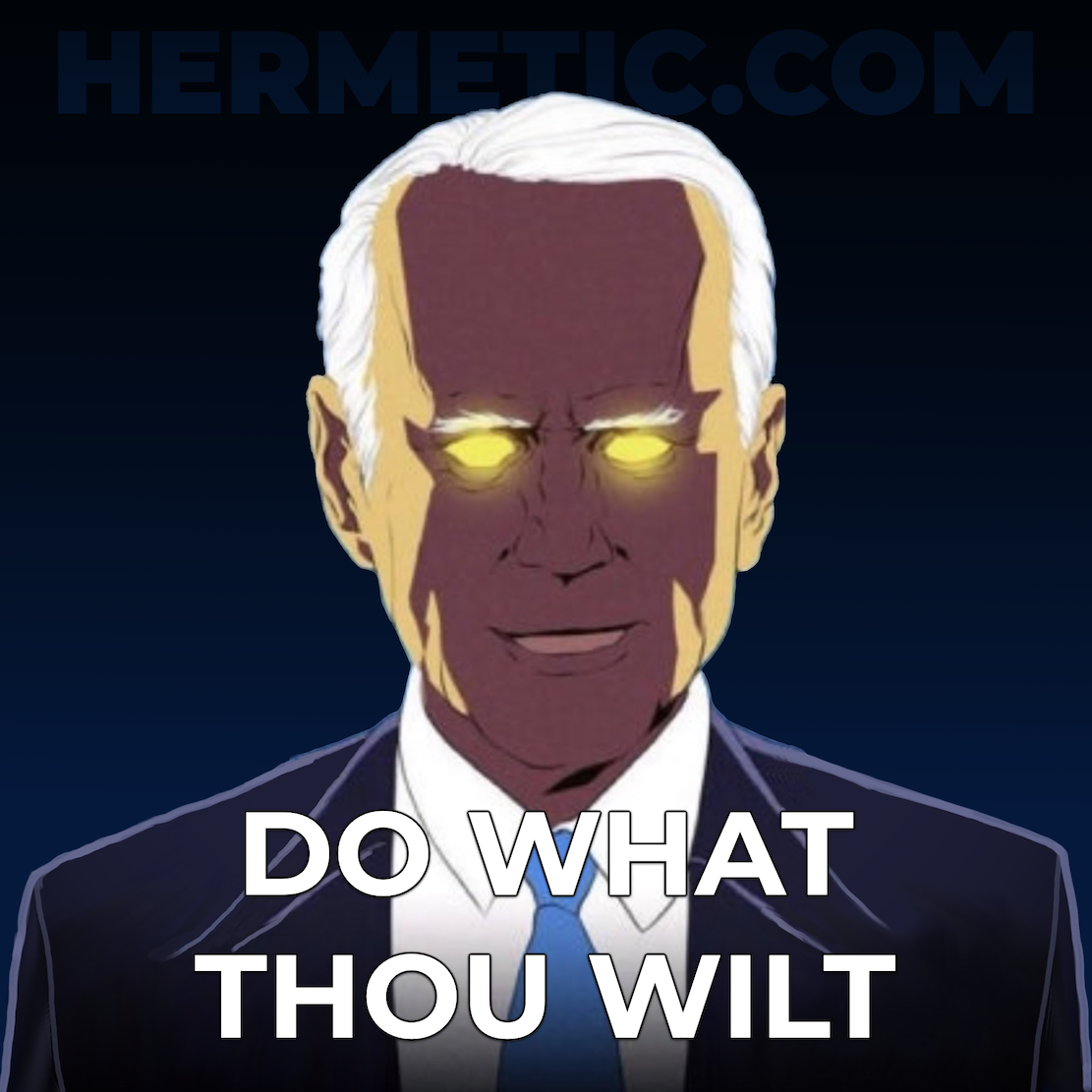 Dark Brandon says “Do what thou wilt.”