This week the number of people following the library on Twitter passed 19,000. Wild. It’s definitely a milestone, and strange to pass that number even now I’m not active on big social. Frankly, the number of followers everywhere else has indeed gone down, as one might expect, though the total everywhere is still over 100,000. But, mostly growth has slowed everywhere except for the few following in the ‘verse and … another thousand new people finding me on Twitter. I mean. IDEK. But, cool!

There’s three posts on the zine blog this week and also the very first post on the new calendar blog! I was starting to wonder if there’d ever be anyone willing to step up and submit an upcoming event to the calendar, but there it is! It’d be neat to keep it up and even have more activity for both. We’ll see!

Also there’s AI generative art for the week using MidJourney for the prompts “Fortune tarot card by Pablo Picasso” and the description of Gusion from Goetia. 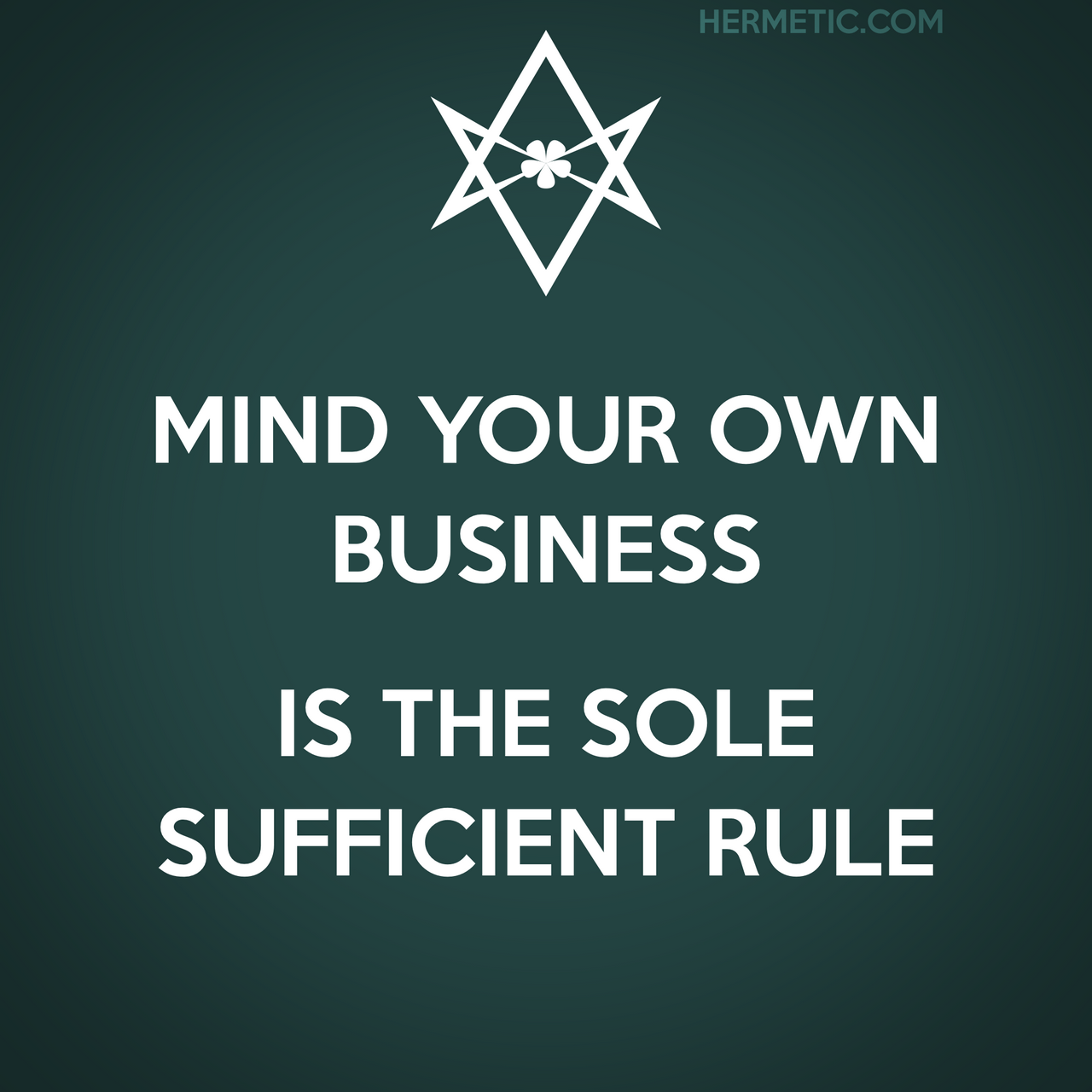 Just passed 19,000 followers here on Twitter, even though I've left big social. Go figure‽ But, either way, howdy everyone! For all of you, old and new alike, on this list, over on Twitter, and following along anywhere elsewhere, here's the 19th hexagram from Aleister Crowley's I Ching, Liber CCXVI. 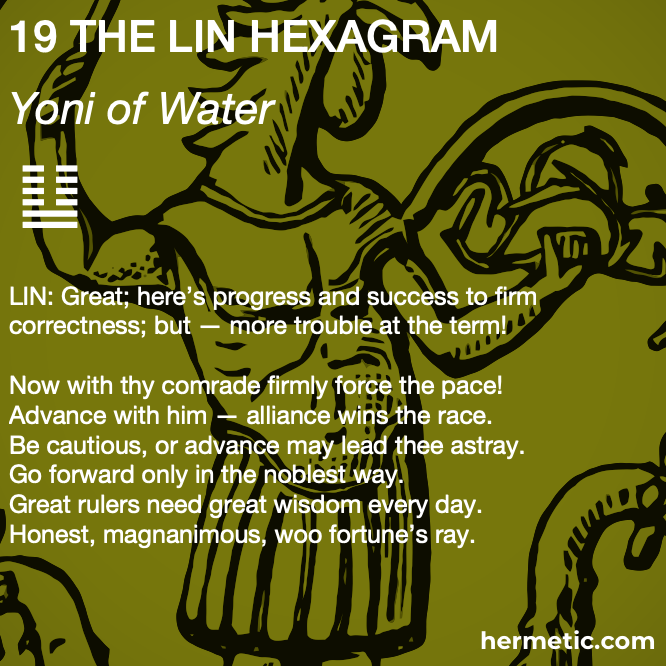 And, check out The Cry of the 19th Æthyr in The Vision and the Voice. 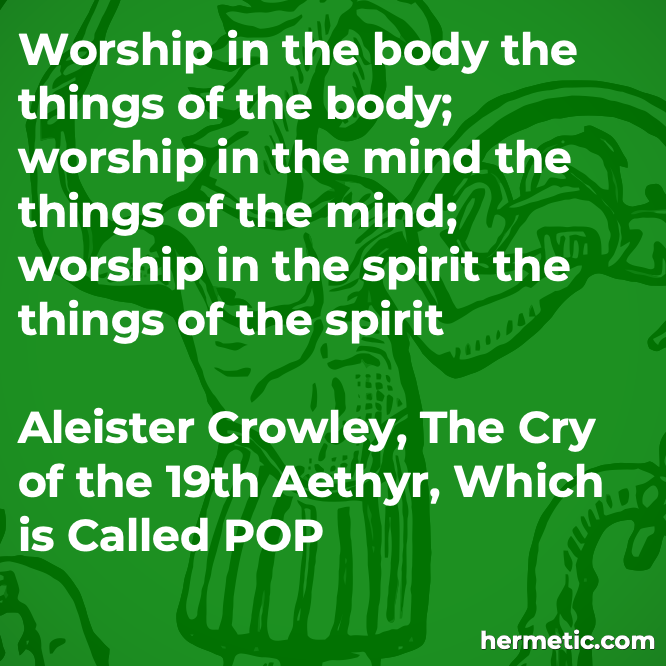 I mean, I wish I could convince more from big social, especially my mutuals, to make the leap to the other place and follow me there, but: lo que será será!

This week I experimented with generating images using the description of Gusion from Goetia.

(11.) Gusion. – The Eleventh Spirit in order is a great and strong Duke, called Gusion. He appeareth like a Xenopilus. He telleth all things, Past, Present, and to Come, and showeth the meaning and resolution of all questions thou mayest ask. He conciliateth and reconcileth friendships, and giveth Honour and Dignity unto any. He ruleth over 40 Legions of Spirits. His Seal is this, the which wear thou as aforesaid. 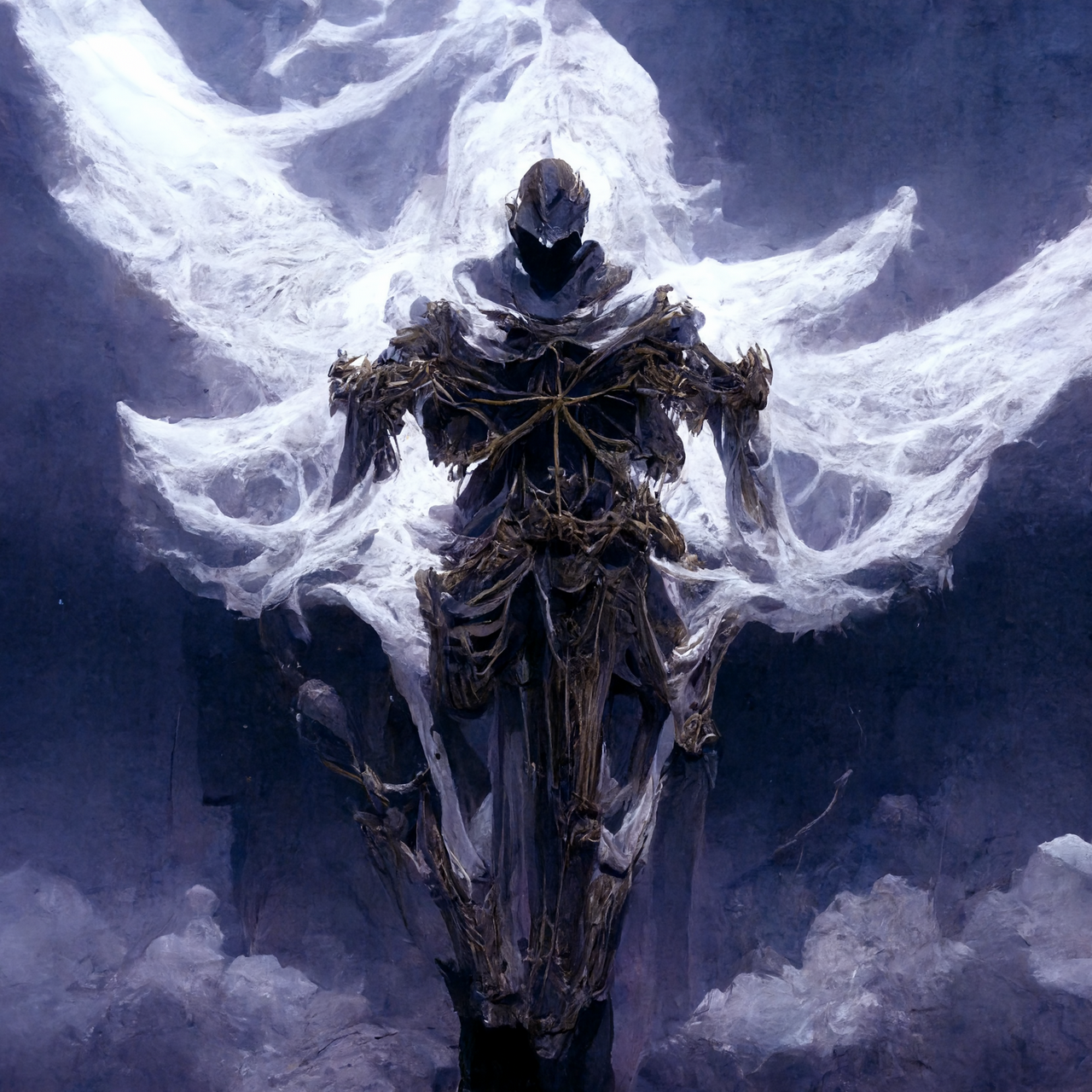 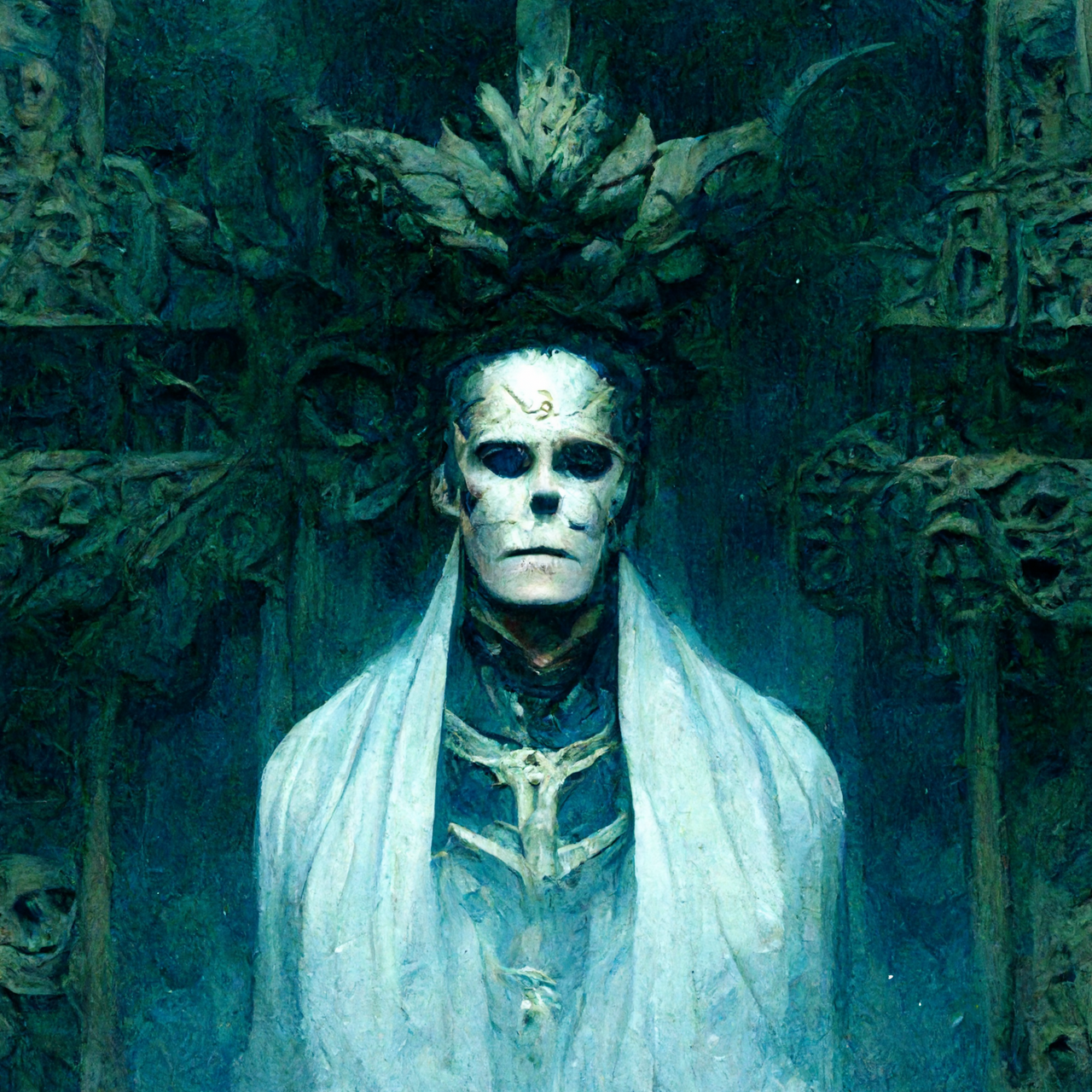 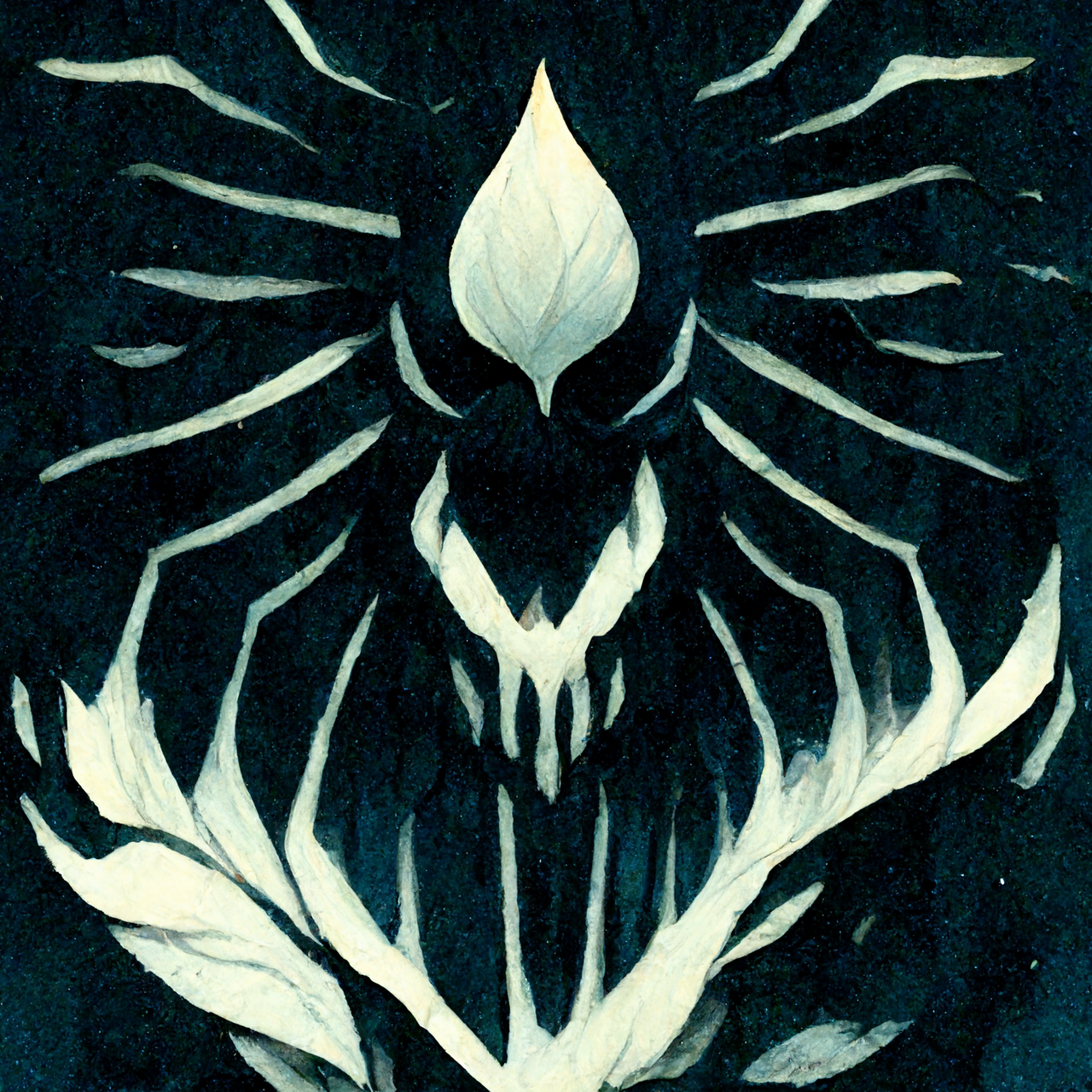 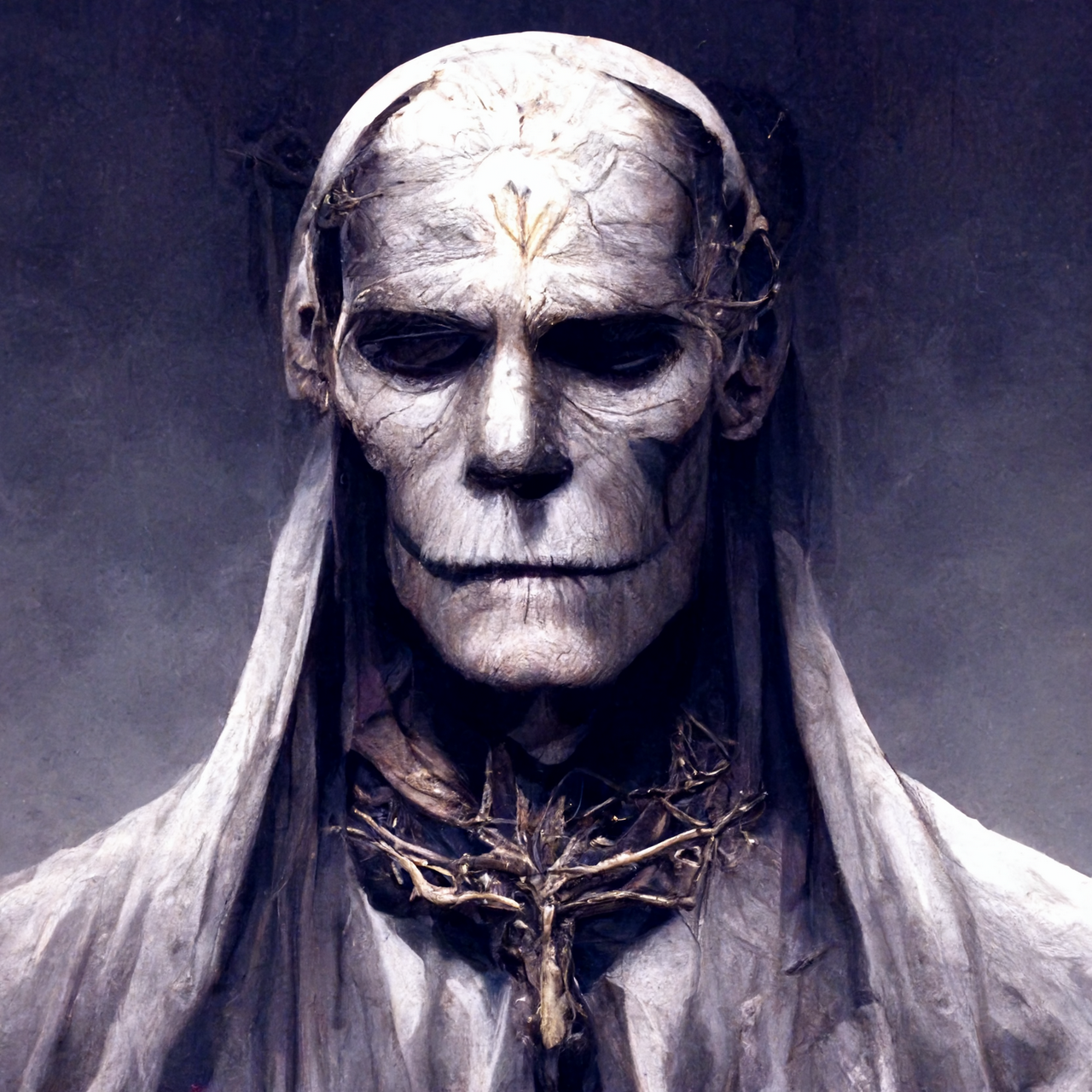 And then I asked for “Fortune tarot card by Pablo Picasso”. 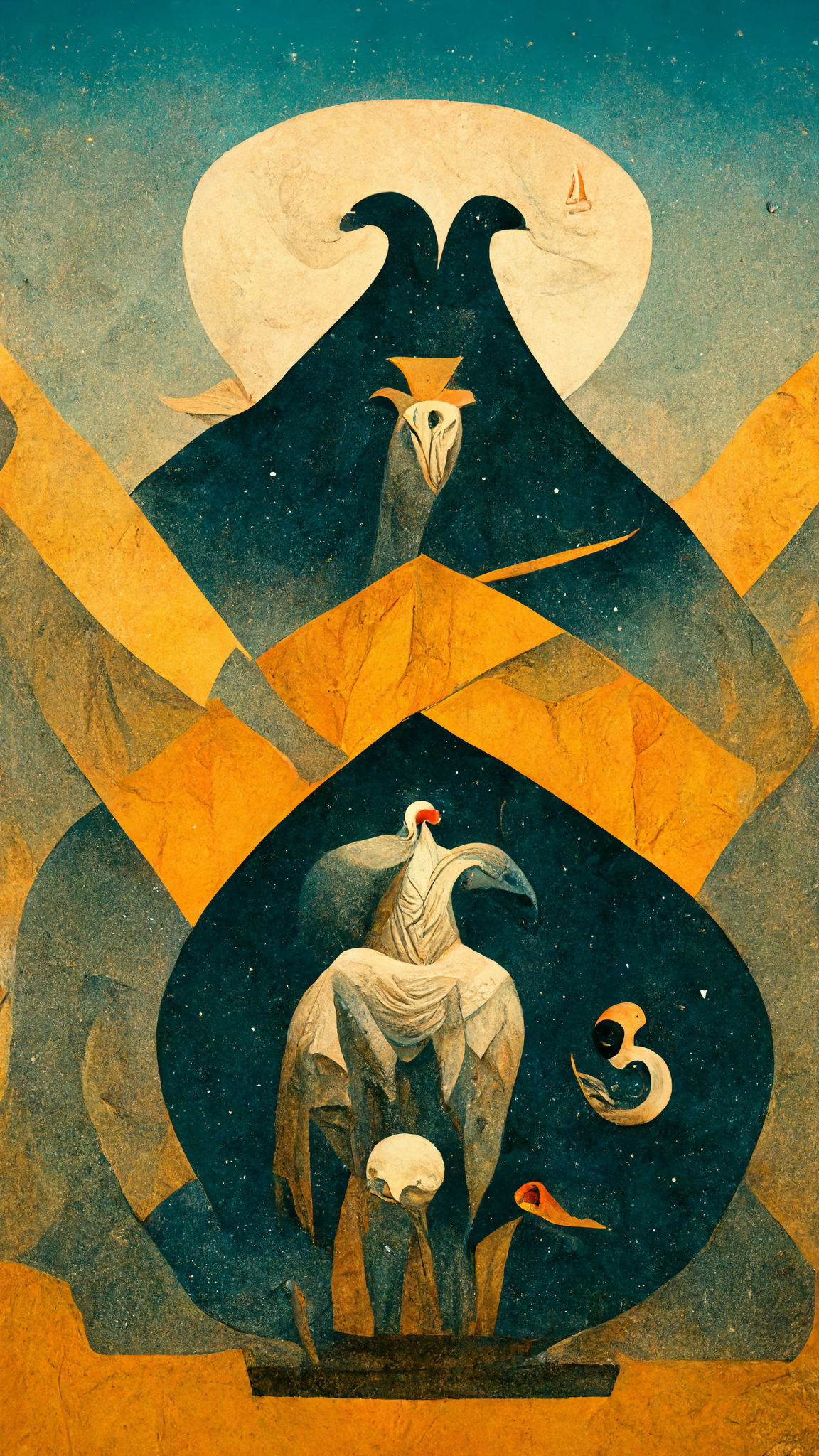 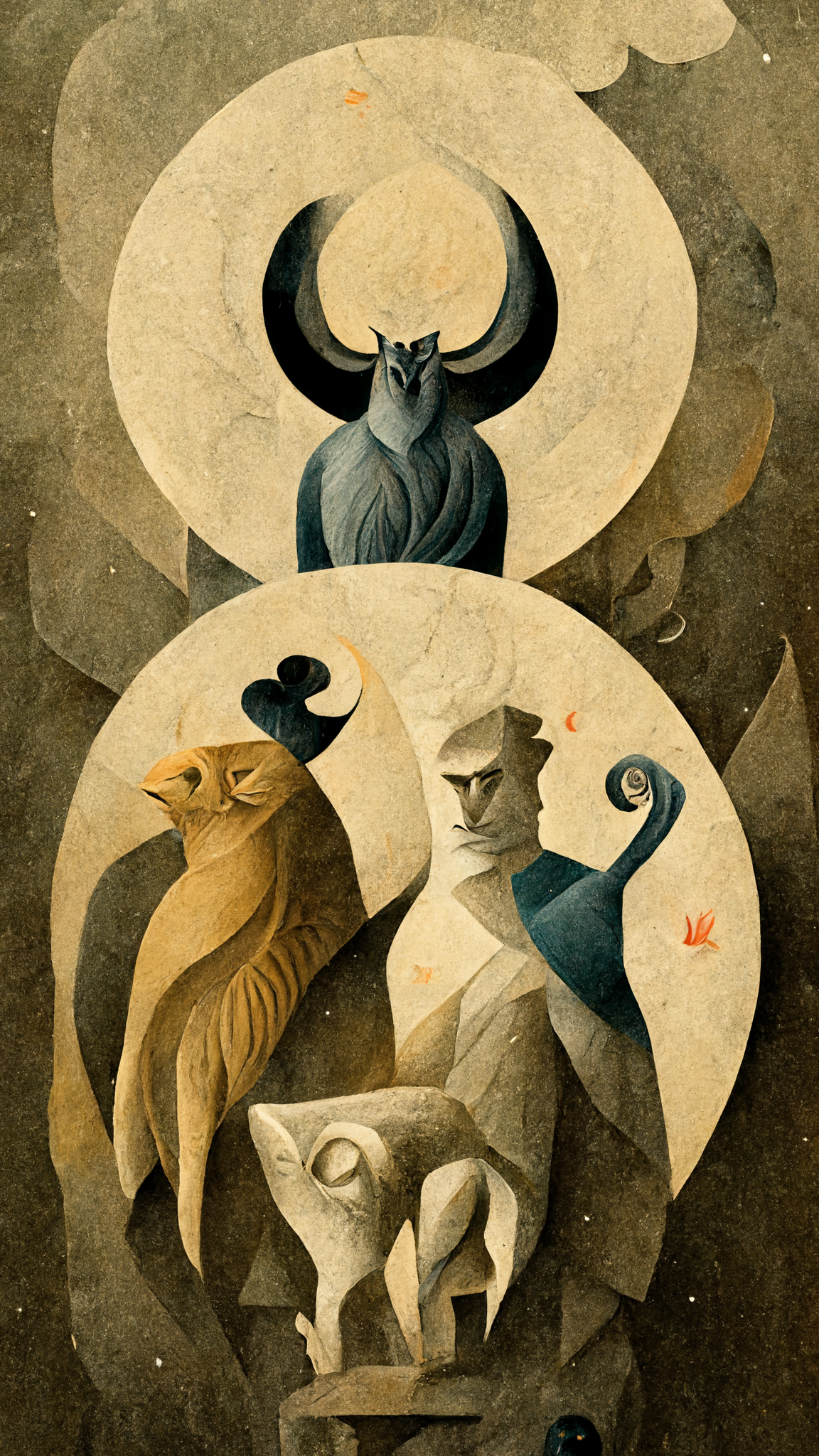 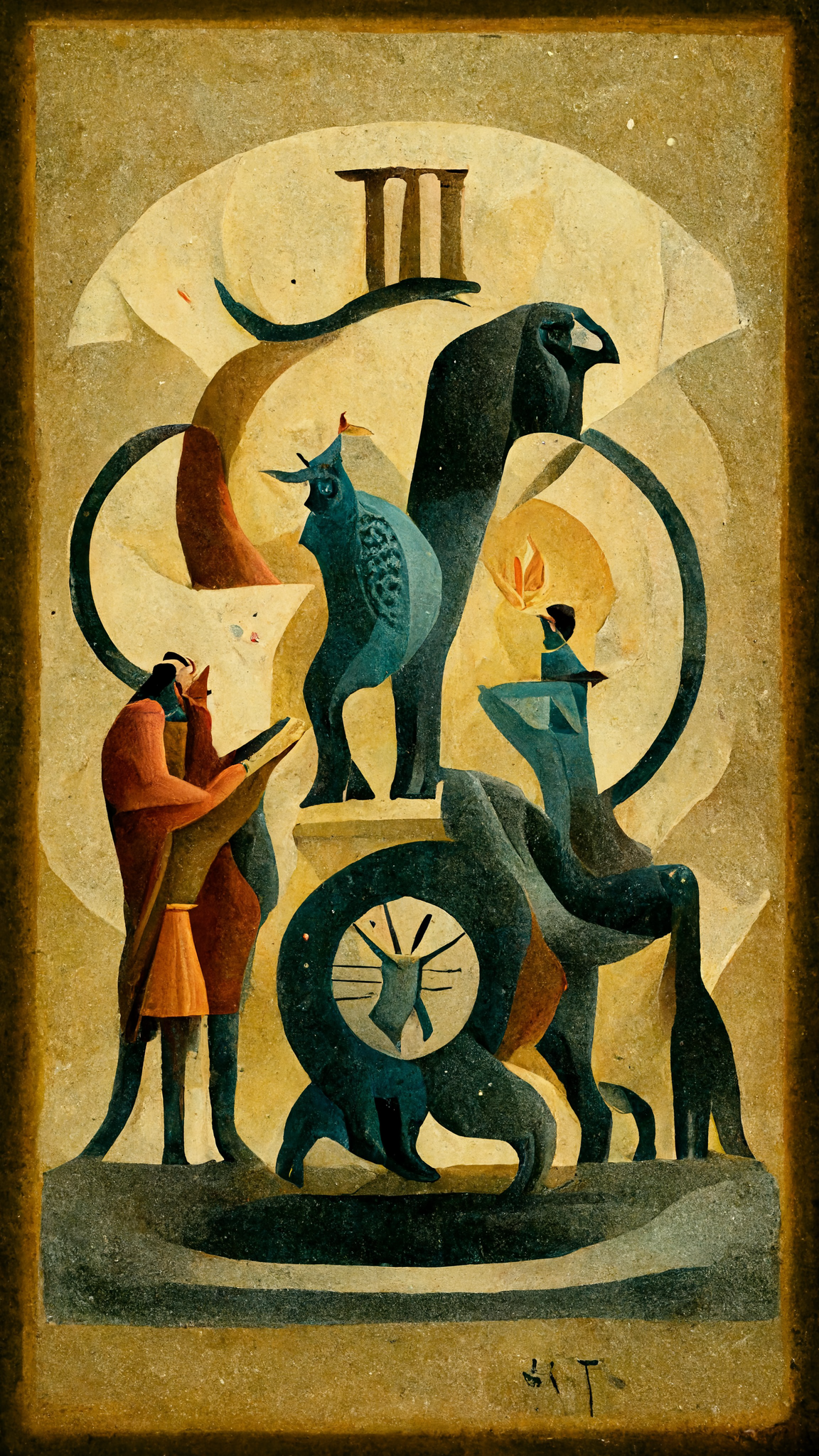 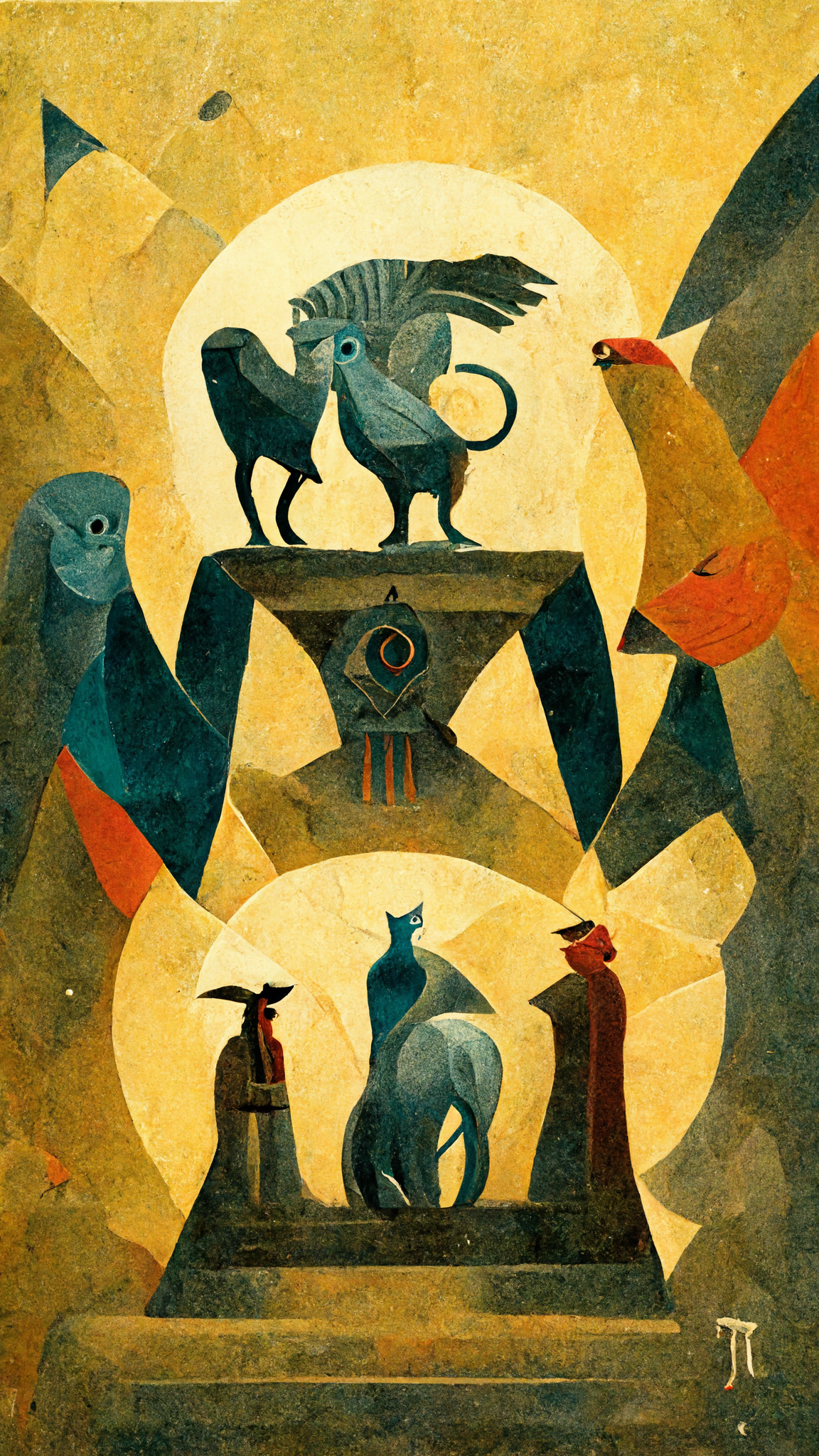 So, I don't usually post more about the multi-step process I go through to create these. But, I spent a little extra time this week trying things. Here's the four I ended up with. 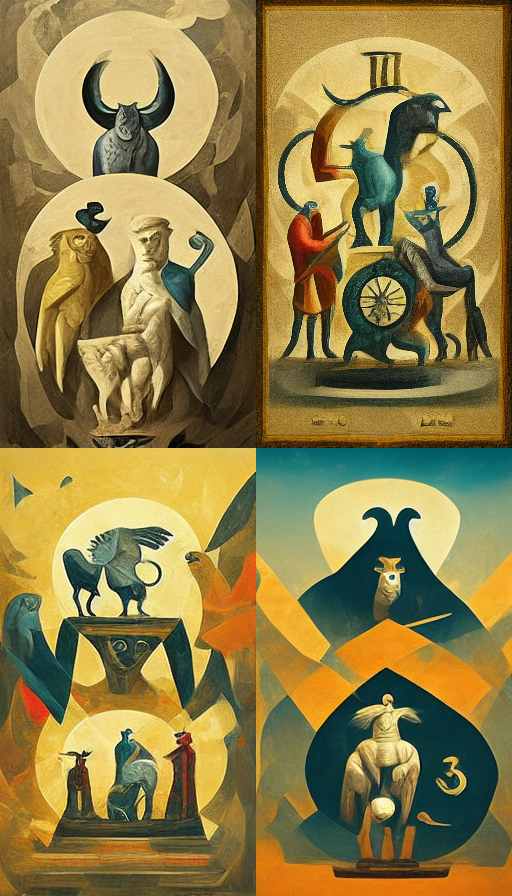 On a visit to NYC, I went to MOMA and saw some of Picasso's art from his “Minotaur” period. What I saw was part of the Picasso: Themes and Variations exhibit, and there’s something in them all, but I recall being really struck by how much both Marie-Thérèse Dreaming of Metamorphoses and, I think, The Large Bullfight, with Female Bullfighter reminded me of Frida Harris' work on the Thoth deck. I had hoped to manage to get that a bit more of all that together in these images. Unfortunately, what I got was more minotaur than Fortune tarot card. 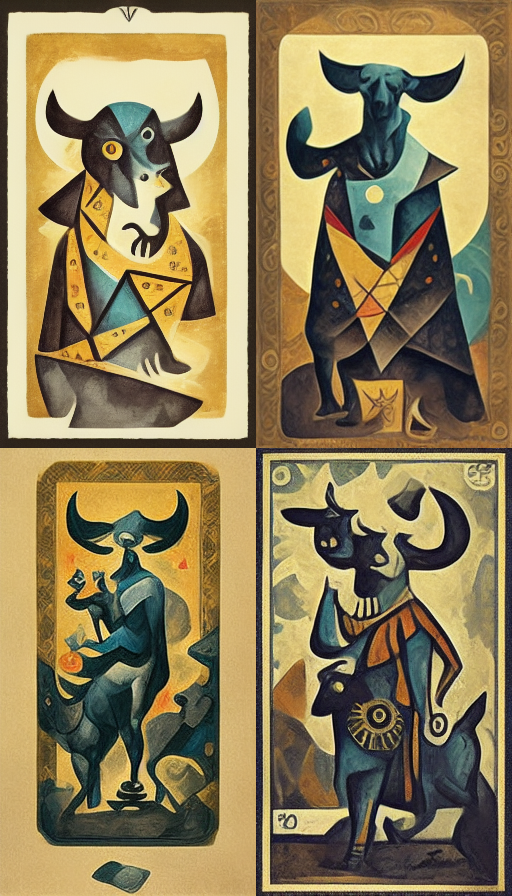 And, I also got some that were more Picasso than Fortune tarot card. 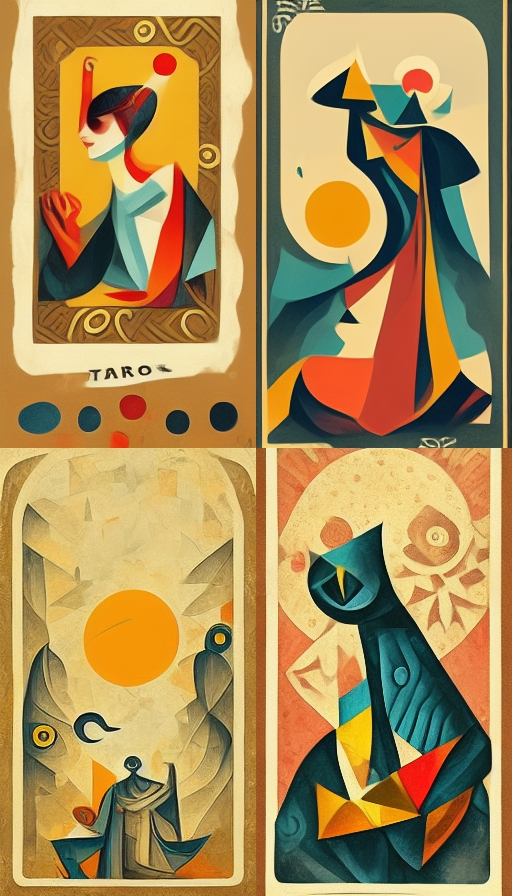 So, in the end I managed to get some that weren't so much the minotaur period as I'd hoped. But, I tried. Either way, you should look into Picasso's symbolist minotaur period stuff, if you're interested.

After that, I created entries in Hermeneuticon for both Gusion and Fortune. 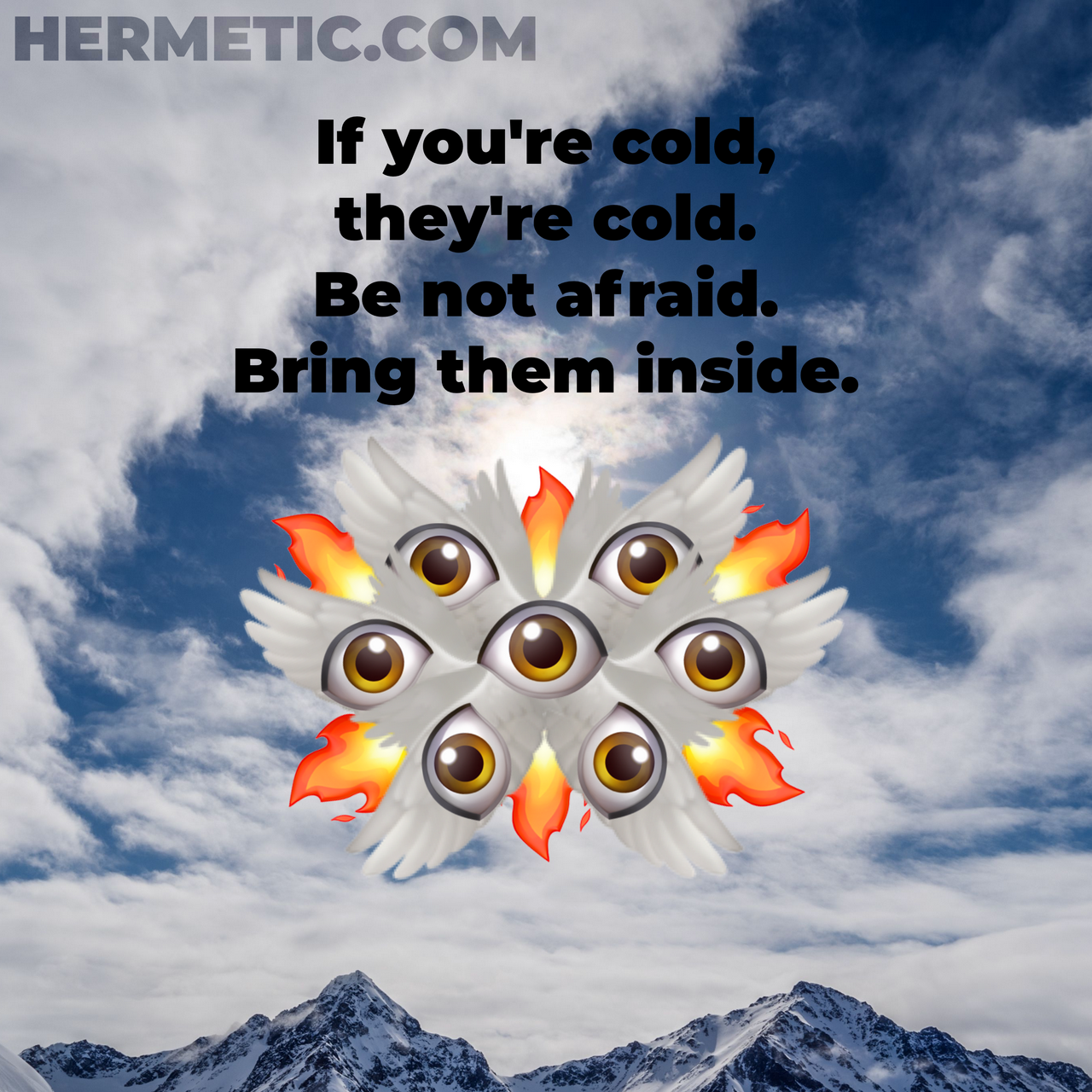 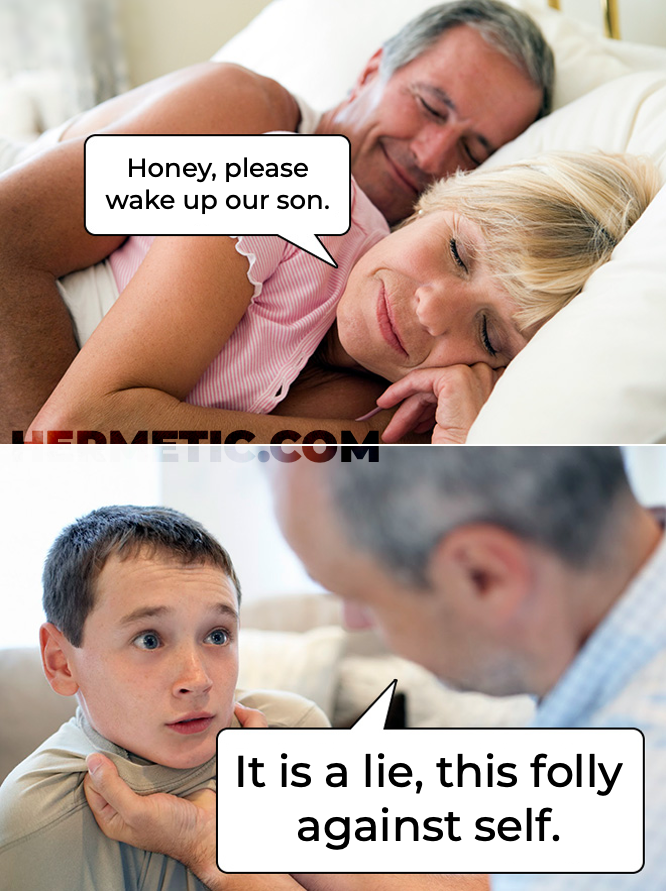 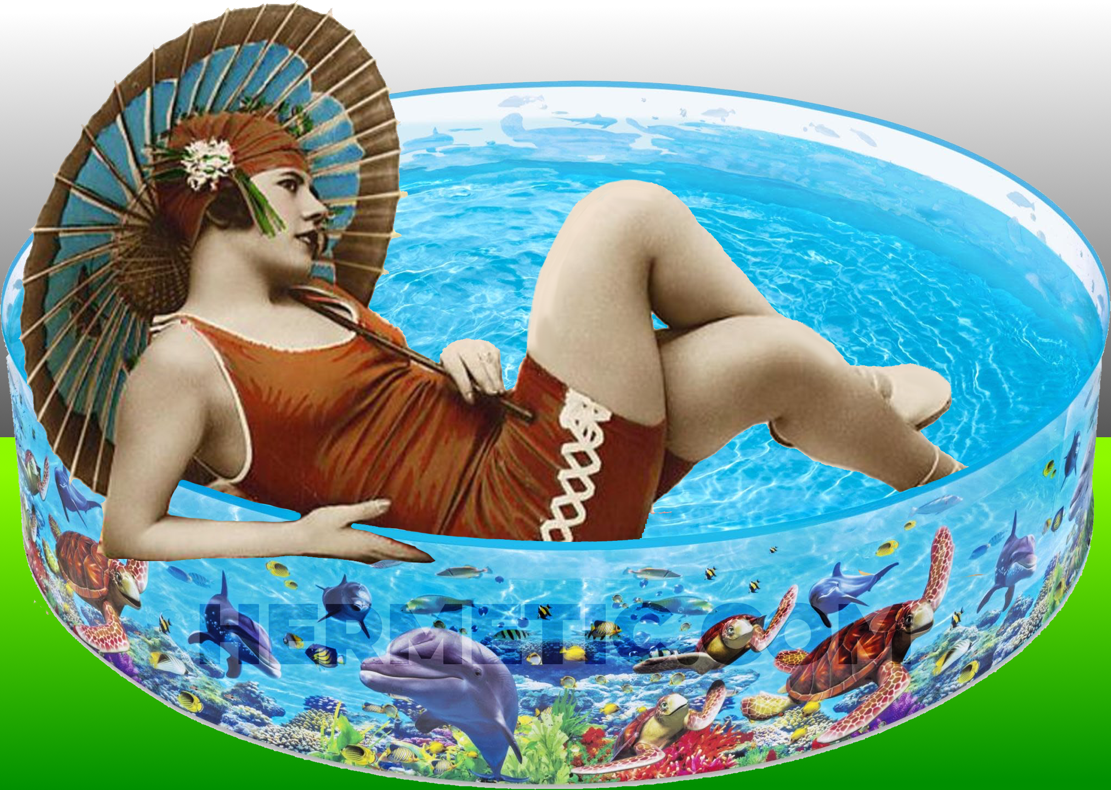