A bunch of memes in a trenchcoat

This week I am nothing more than a bunch of memes in a trenchcoat. I have no idea how that happened. But, that’s apparently mostly what I’ve got for you. I’m embarrassed enough for both of us.

Also there’s AI generative art for the week using MidJourney for the prompts “The Lovers tarot card by H R Giger” and the description of Amon from Goetia. 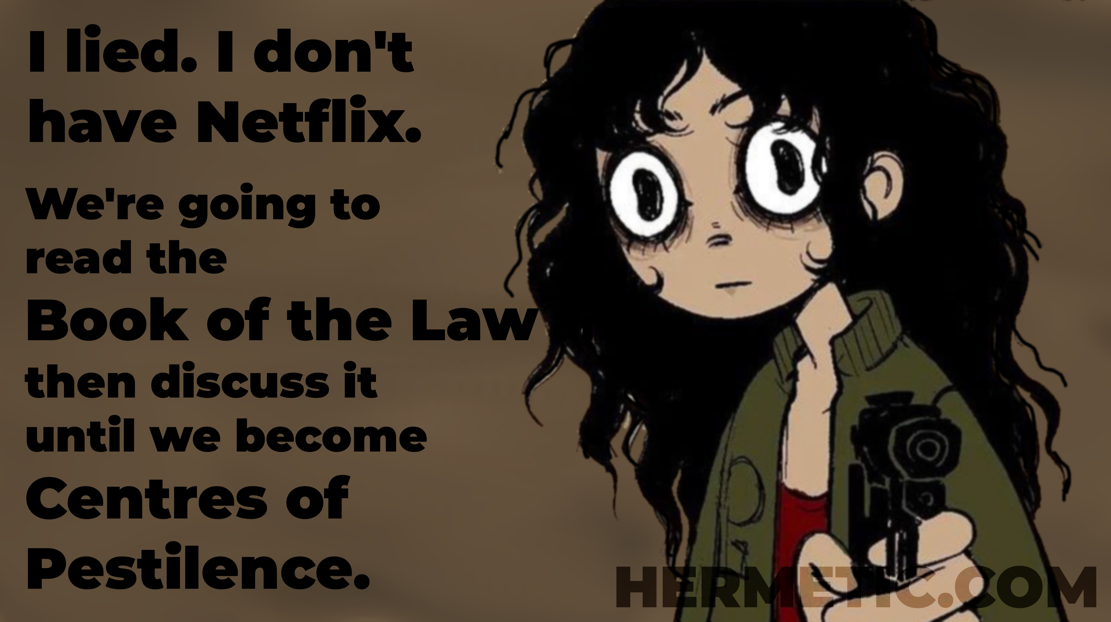 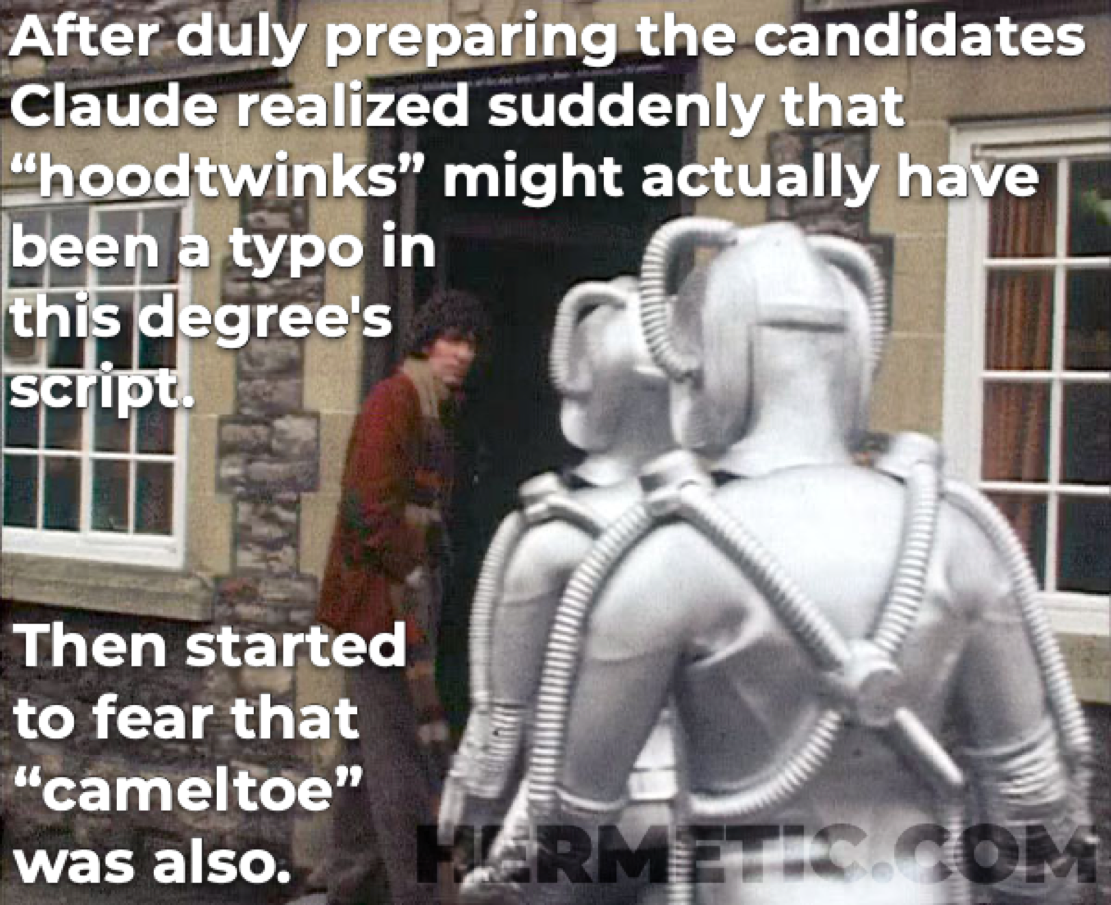 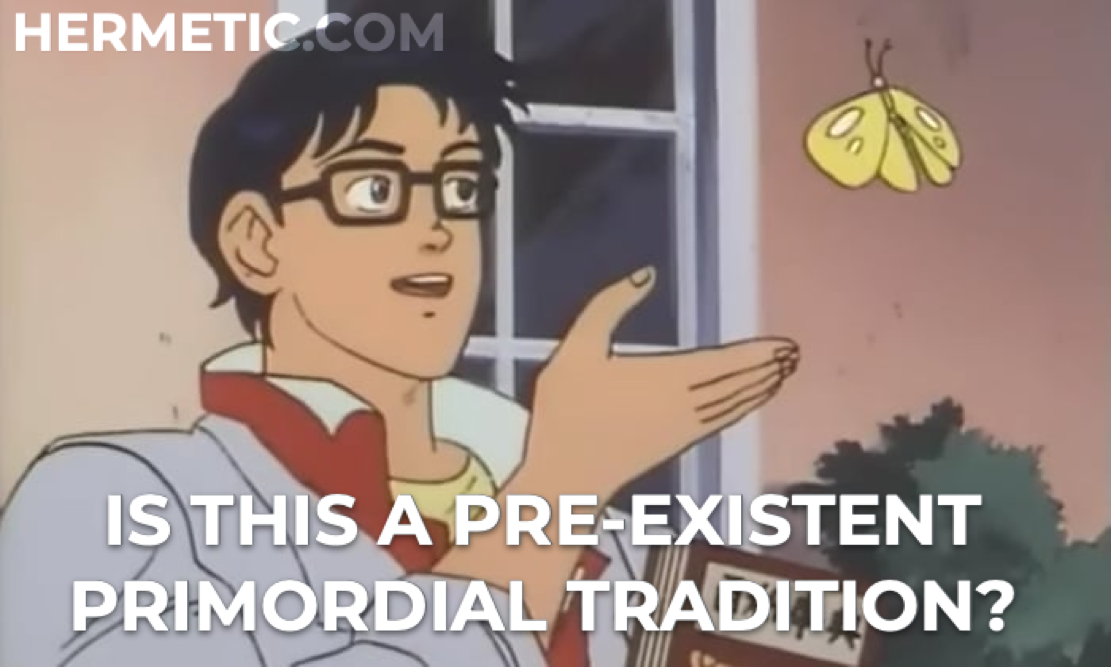 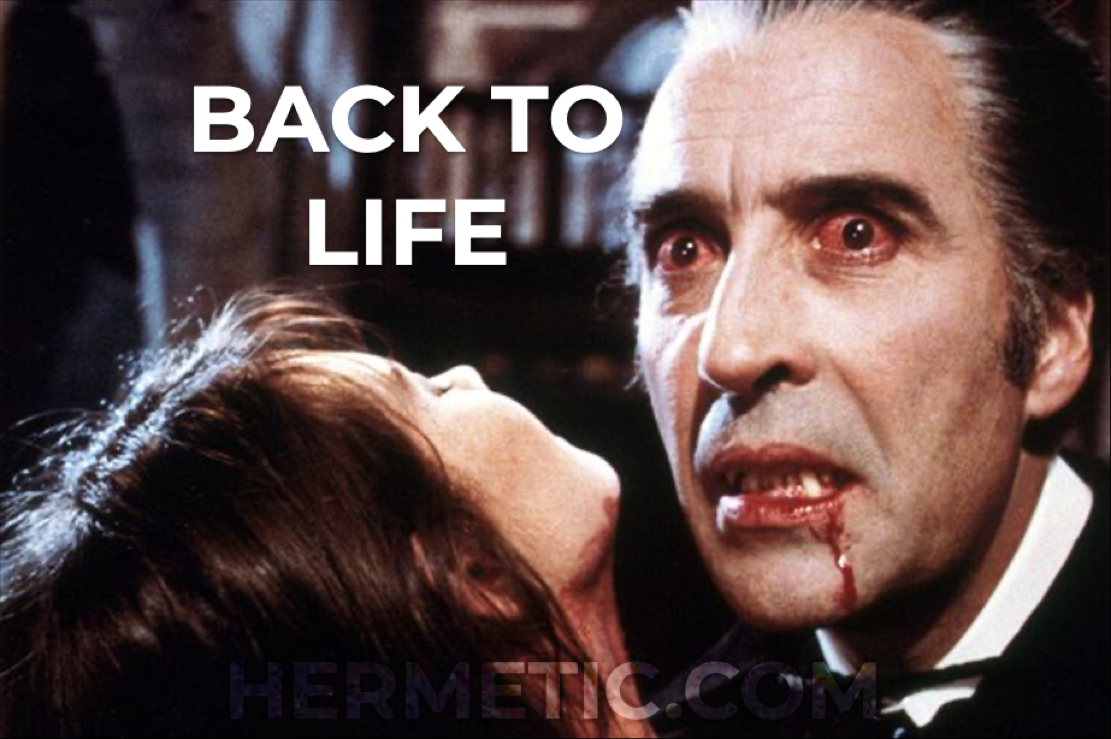 This week I experimented with generating images using the description of Amon from Goetia.

(7.) Amon.—The Seventh Spirit is Amon. He is a Marquis great in power, and most stern. He appeareth like a Wolf with a Serpent’s tail, vomiting out of his mouth flames of fire; but at the command of the Magician he putteth on the shape of a Man with Dog’s teeth beset in a head like a Raven; or else like a Man with a Raven’s head (simply). He telleth all things Past and to Come. He procureth feuds and reconcileth controversies between friends. He governeth 40 Legions of Spirits. His Seal is this which is to be worn as aforesaid, etc. 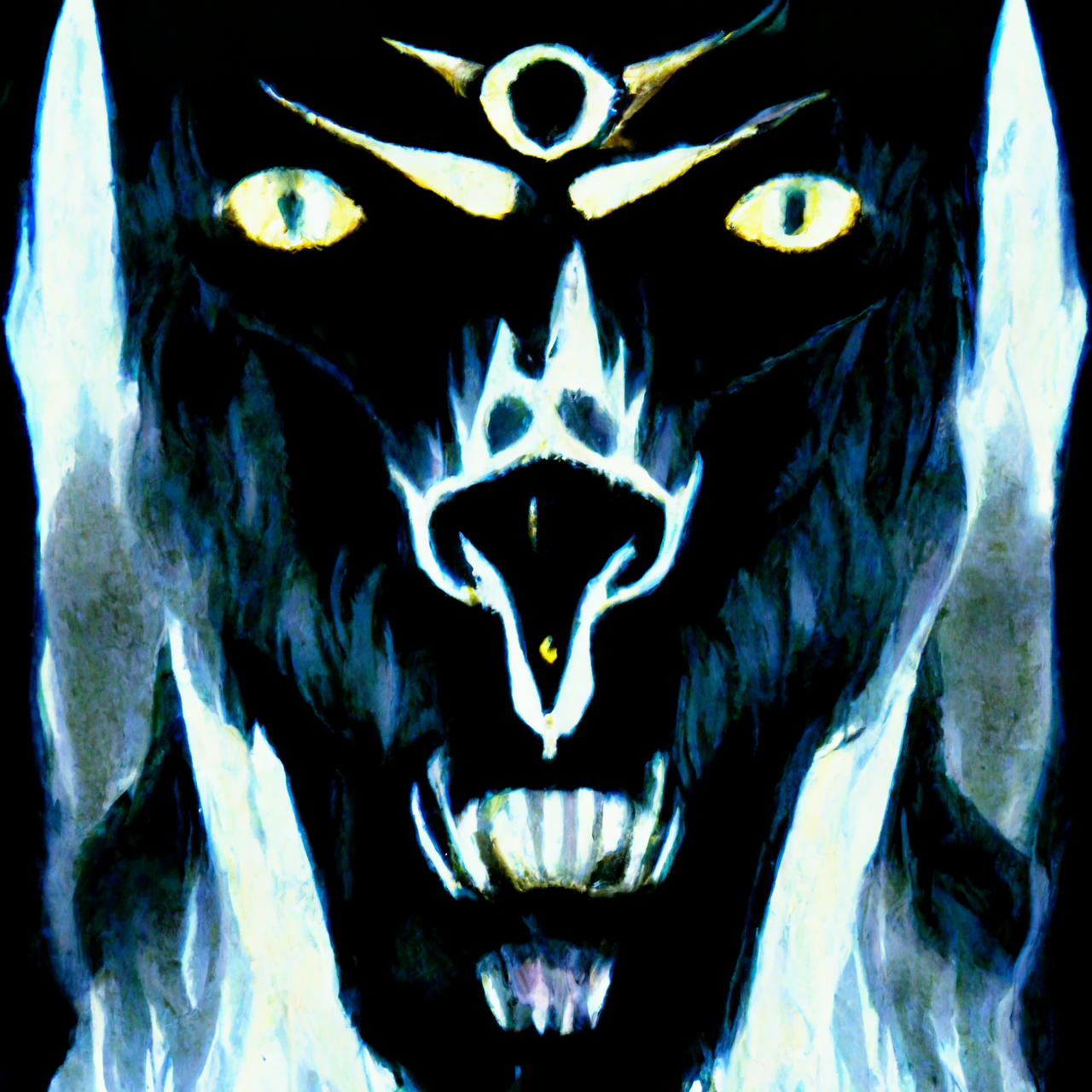 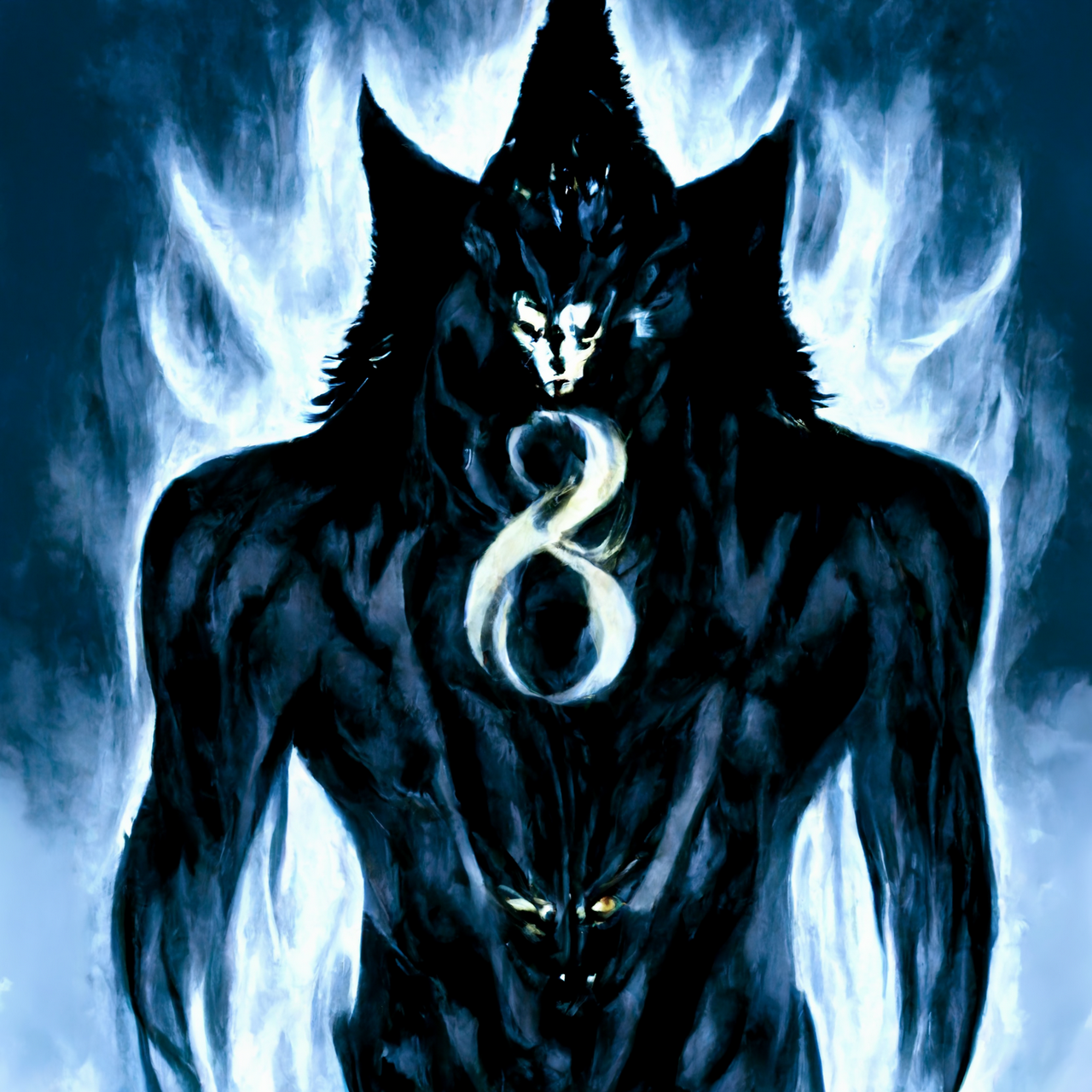 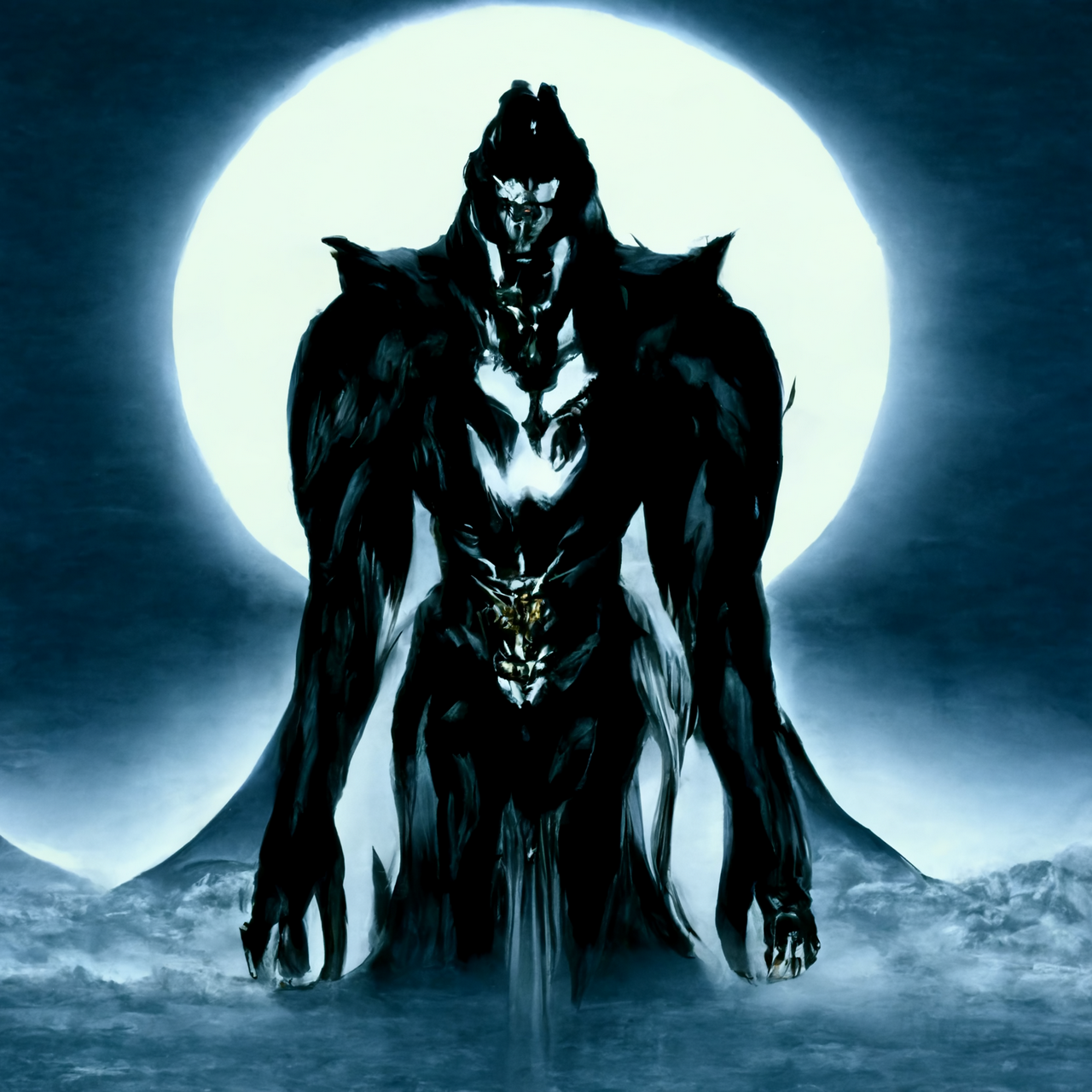 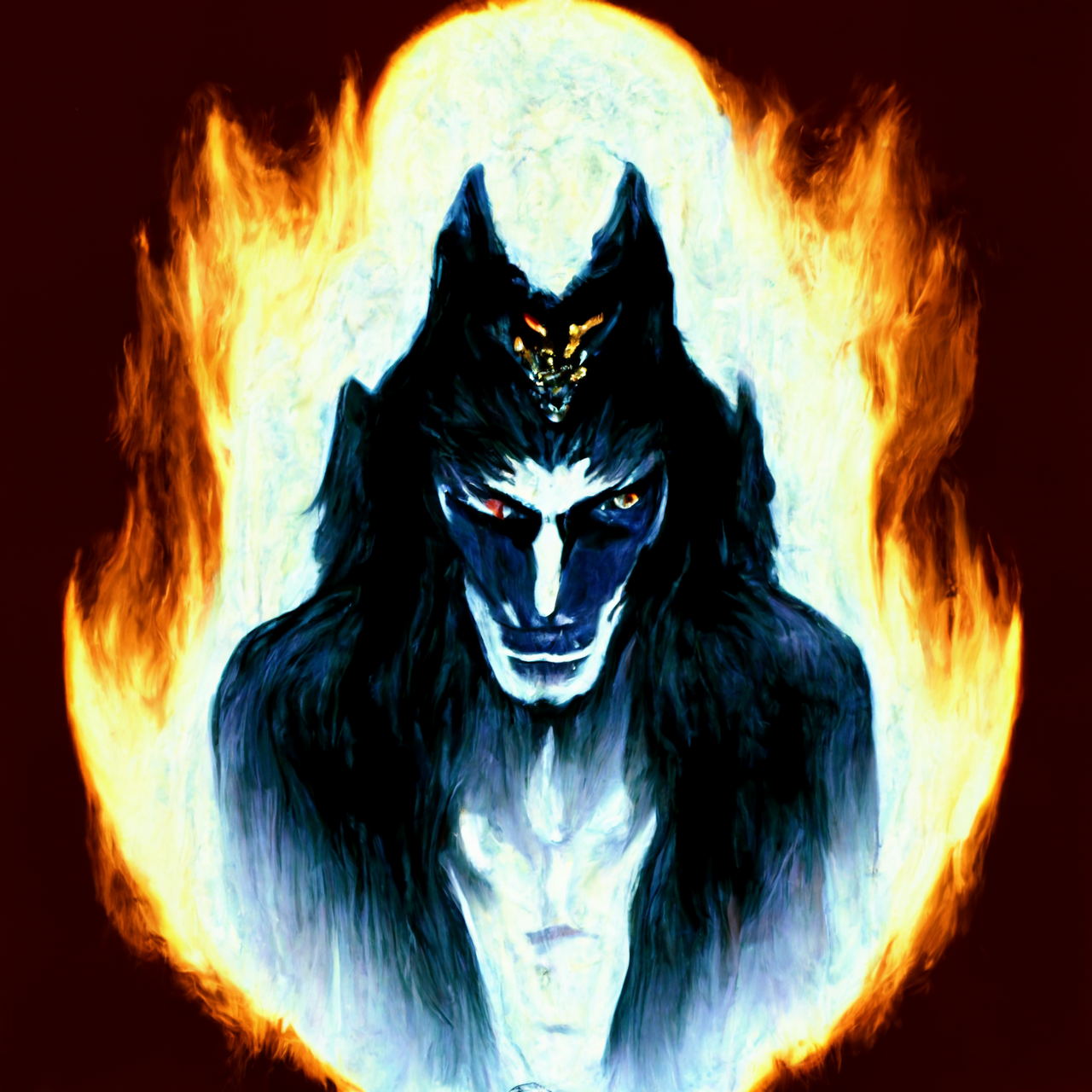 And then I asked for “The Lovers tarot card by H R Giger”. 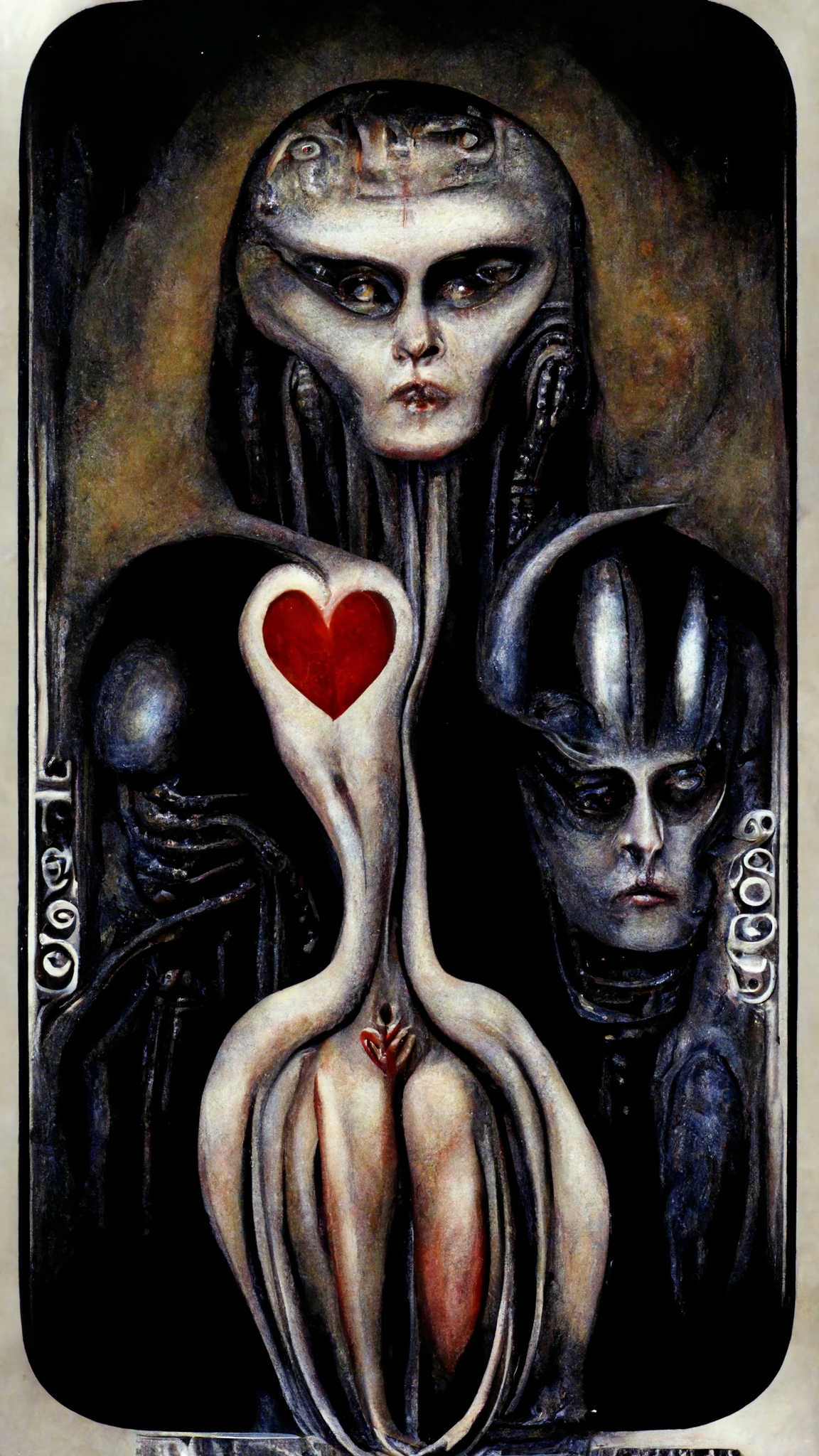 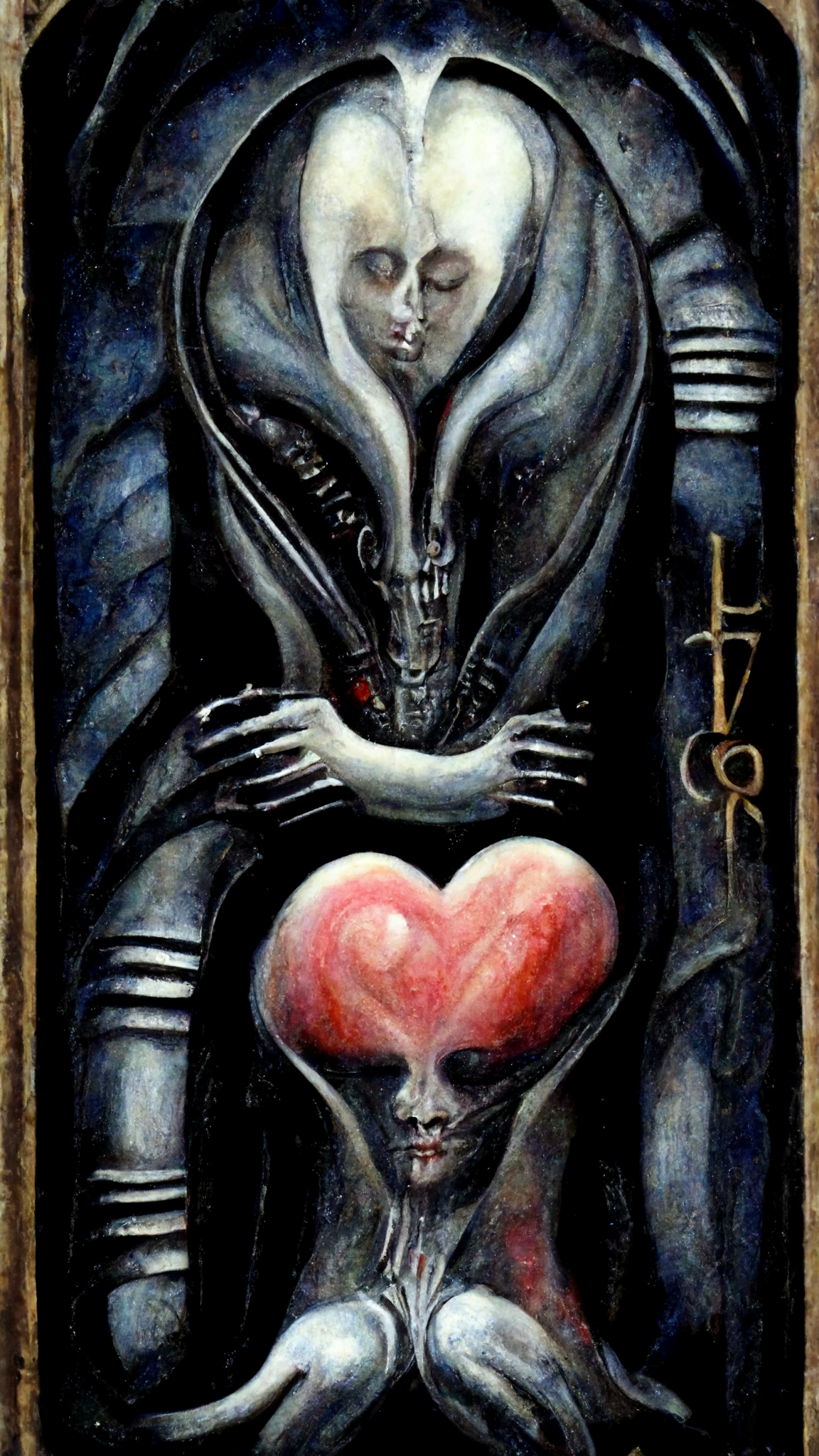 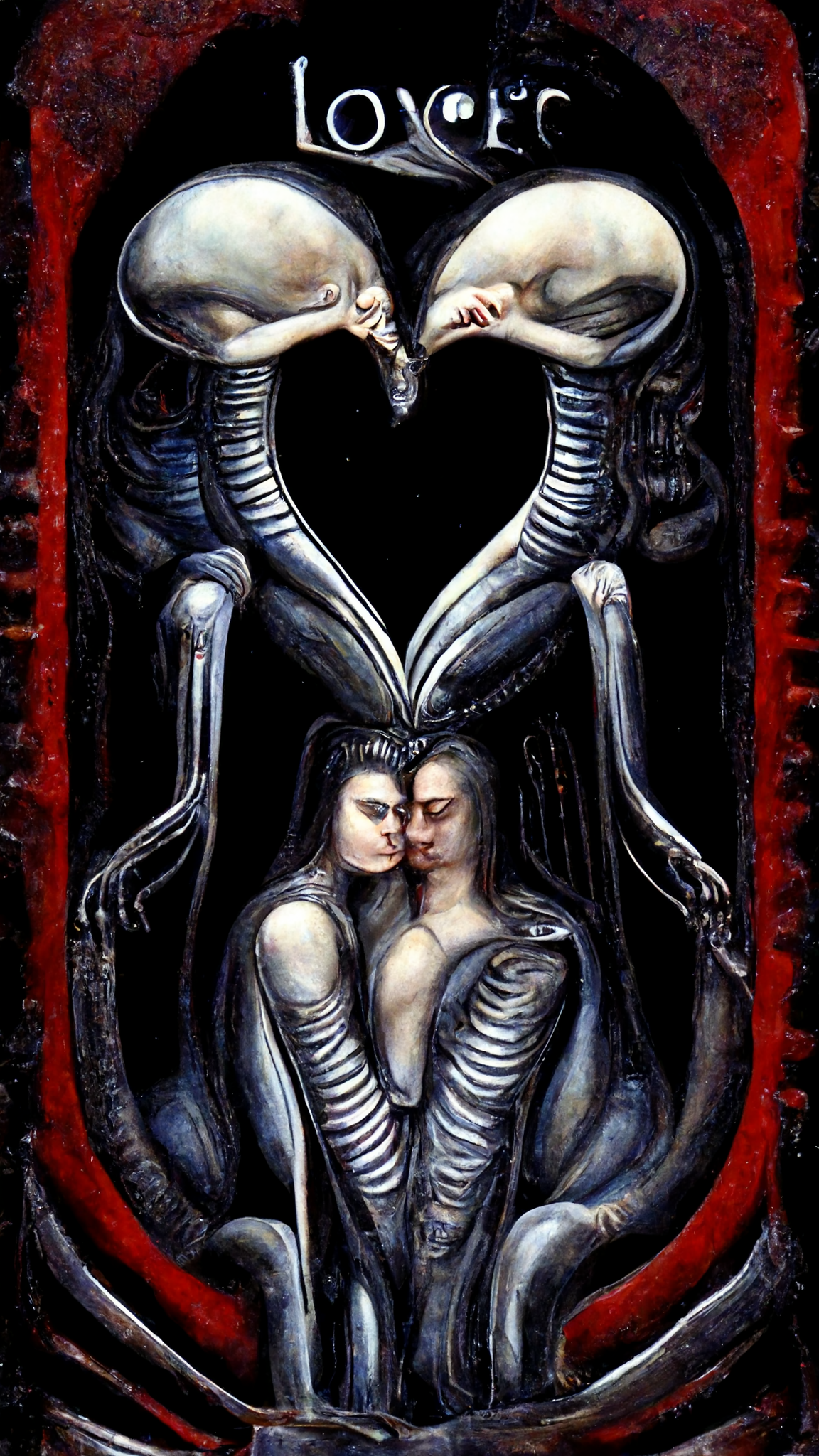 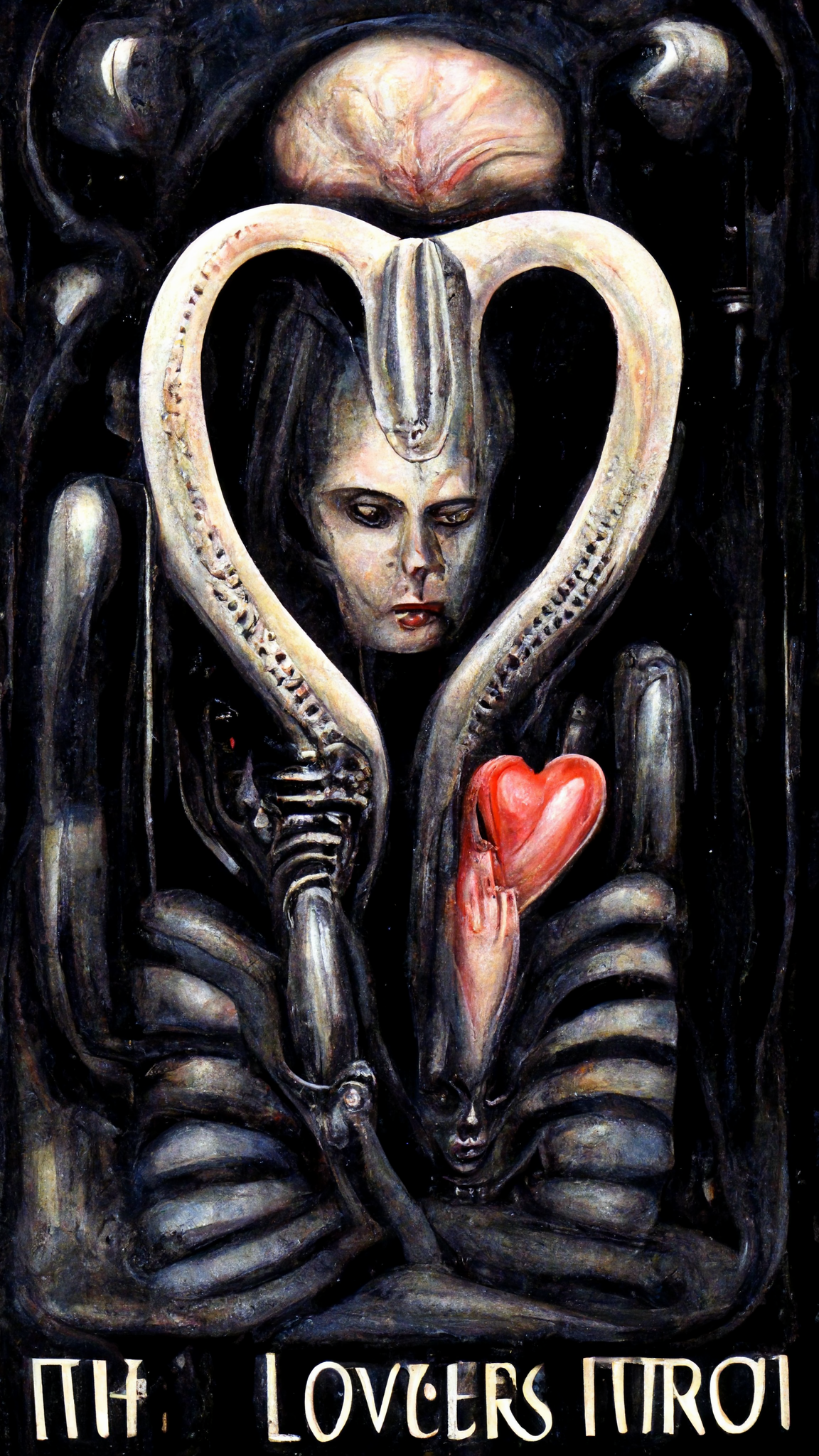 After that, I created entries in Hermeneuticon for them too. 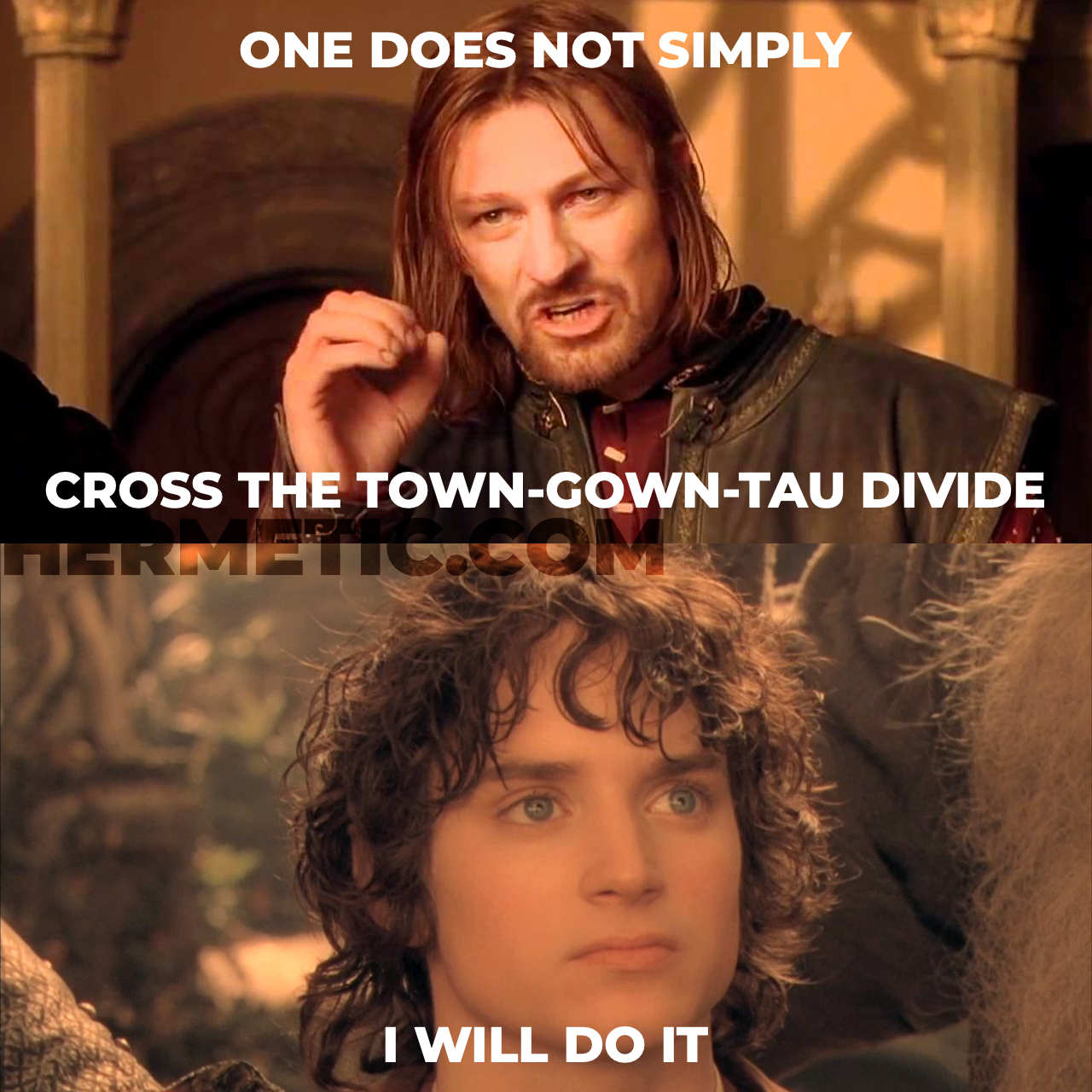 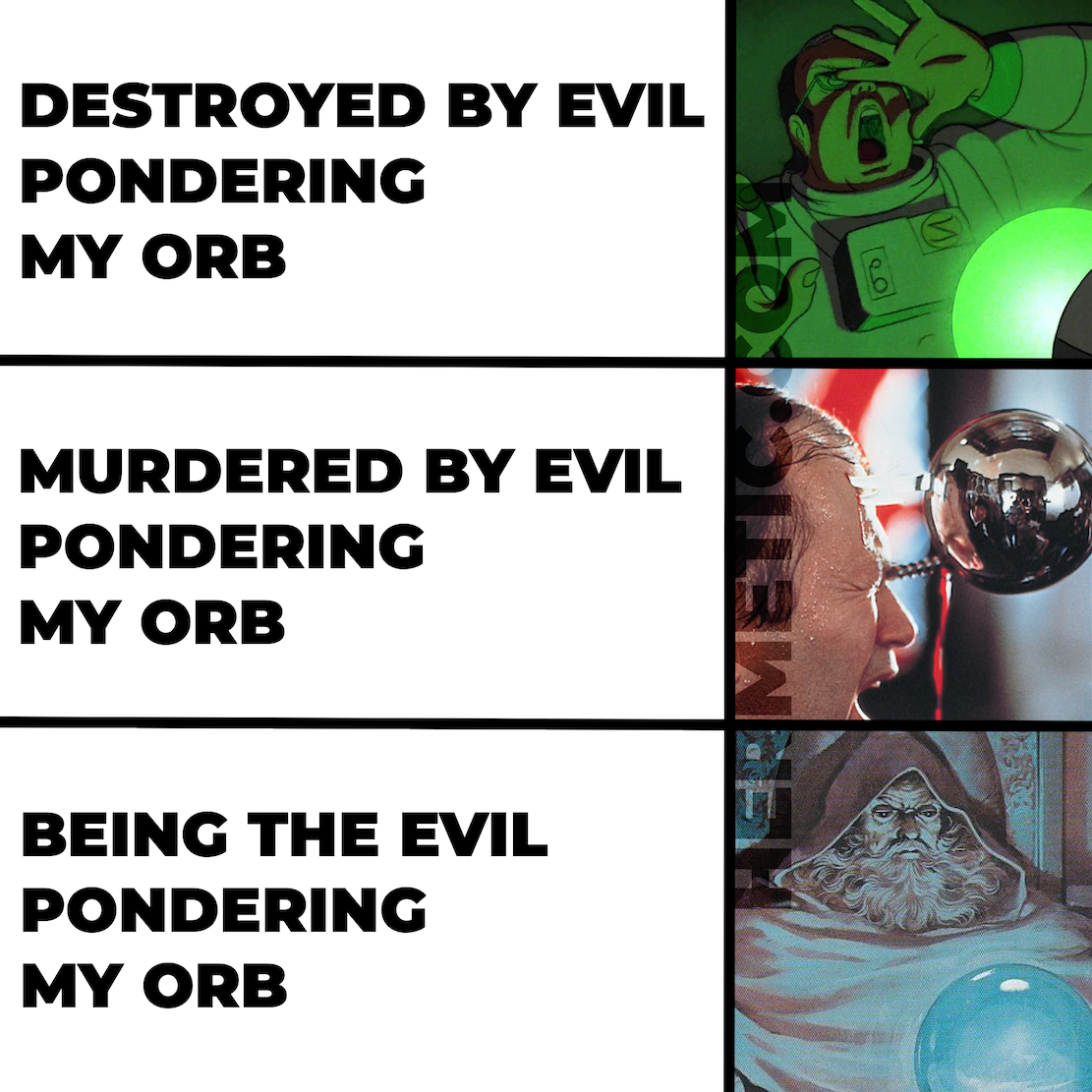