I almost missed it as it wizzed by

This week I talk about the new Hermetic Library Oracle bot I created for Hrmtc I∴O∴, and several other things about the socials, including 666 posts on the library account!

Also there’s AI generative art for the week using MidJourney for the prompts “The Emperor tarot card by Leonora Carrington” and the description of Marbas from Goetia. 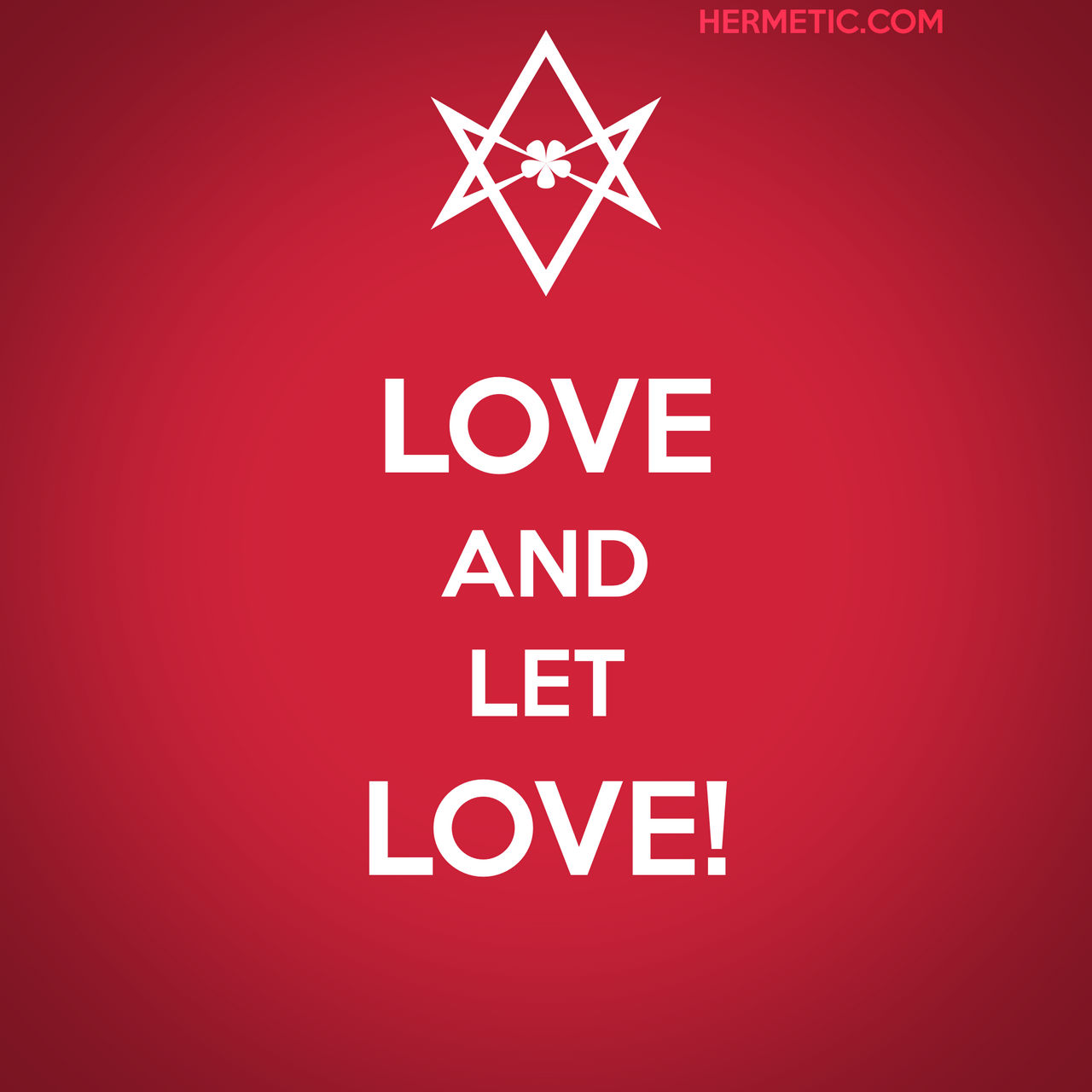 I almost missed it as it wizzed by, but I’ve hit 666 posts on the still relatively new library social account! 🤘😈🤘 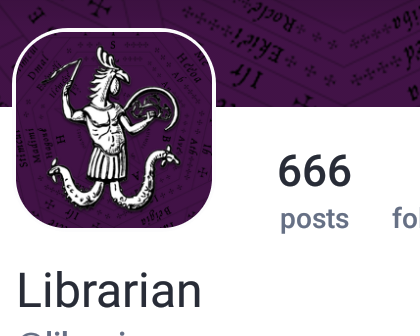 Of course, I’ve since handily passed that now. But, managed to capture a pic of it when it happened for funsies. Anyhow, consider joining me there for all the things!

I also realized this week that while I’ve been talking about the new blogs and submission tools for zine and calendar, that I’ve not really mentioned that both are also email newsletters that you can subscribe to separately, if you like. So in addition to being on both open web and rss at both the blog and their social accounts, there’s email lists for each to consider, if that’s more convenient for you. But, just to clarify, the email lists will only be what comes in from the submissions, not everything that posts to the socials; so they will be a little different, with the lists being much more infrequent content.

This week I added a new Hermetic Library Oracle social account and coded a new bot. I’d been thinking about this for a while and finally got a first go at it done. Currently, the bot shuffles a tarot deck and pulls a single card each morning, then posts it to the social about the card for the day. When I pull the card, I don’t say much else about it, but I do link to the card in the Book of Thoth for people that want to read more, and show an image of the card. The images I’m using aren’t super, tbh, but they’re the ones I have from the site at hand already. I was thinking I might use the cards I’m generating through Midjourney eventually as an interesting alternative, or at least add them into the mix.

I’ve been thinking what other oracles might make sense to code in future, and I’m thinking that I might code the bot to randomly pull sticks to construct both I Ching and geomantic figures as well, and link to those at the library. Yeah, look, I could easily just have it pull a single number, but it feels a little more interesting to have it toss a set of virtual sticks to come up with them, doesn’t it?

Maybe later on I might try having it do some bibliomancy of some sort from the material at the library, but that would be way down the road. But, essentially, it could be a random word with a link to context, or it could be a passage linked to the source. Kinda fits in a little bit with the idea for the Concordance project, doesn’t it? 🤔 I’ll have to think about that!

Anyhow, something new to check out! 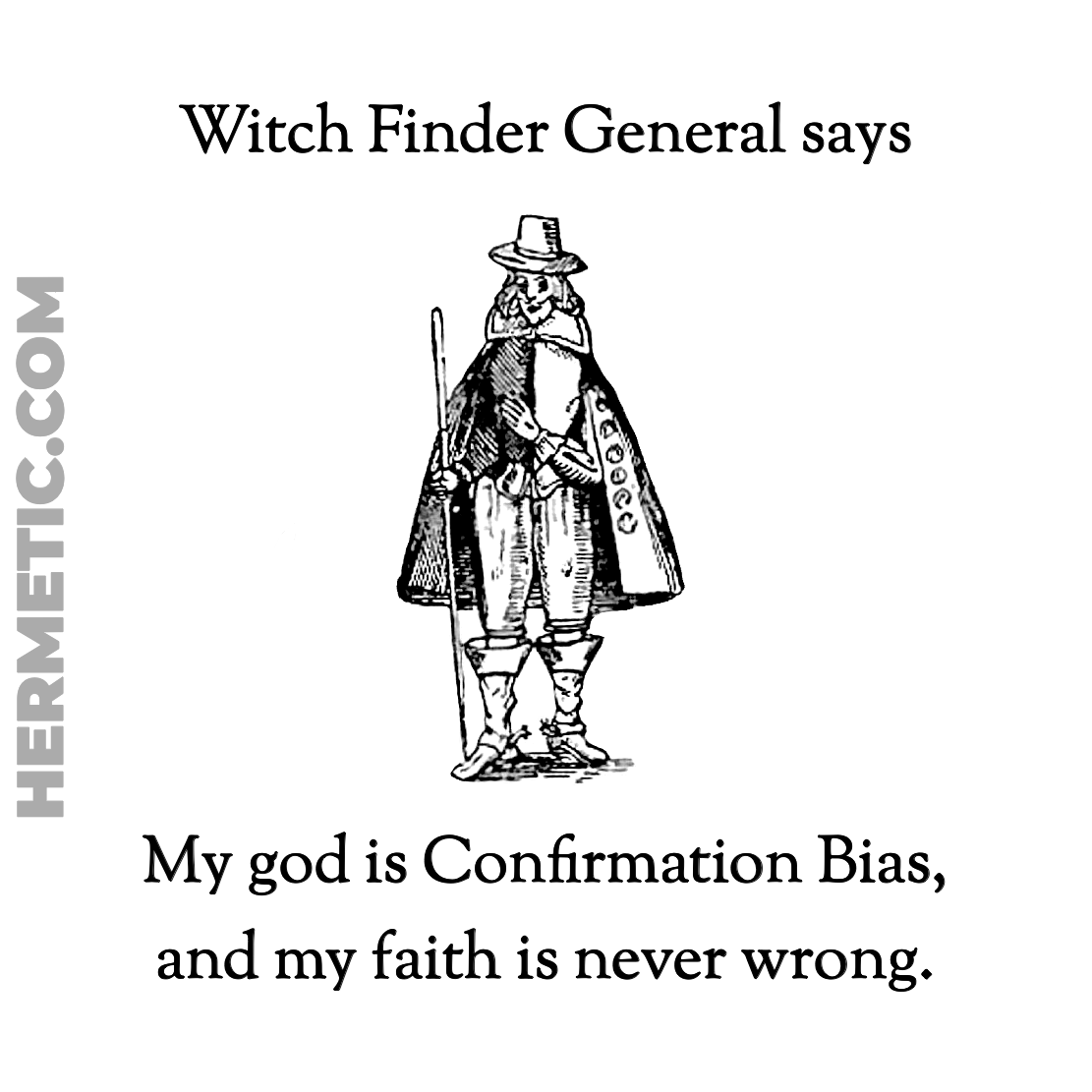 Witch Finder General says “My god is Confirmation Bias, and my faith is never wrong.”

“Only the Adversary is wrong, and they are always utterly wrong.”

This week I experimented with generating images using the description of Marbas from Goetia.

(5.) Marbas.—The fifth Spirit is Marbas. He is a Great President, and appeareth at first in the form of a Great Lion, but afterwards, at the request of the Master, he putteth on Human Shape. He answereth truly of things Hidden or Secret. He causeth Diseases and cureth them. Again, he giveth great Wisdom and Knowledge in Mechanical Arts; and can change men into other shapes. He governeth 36 Legions of Spirits. And his Seal is this, which is to be worn as aforesaid. 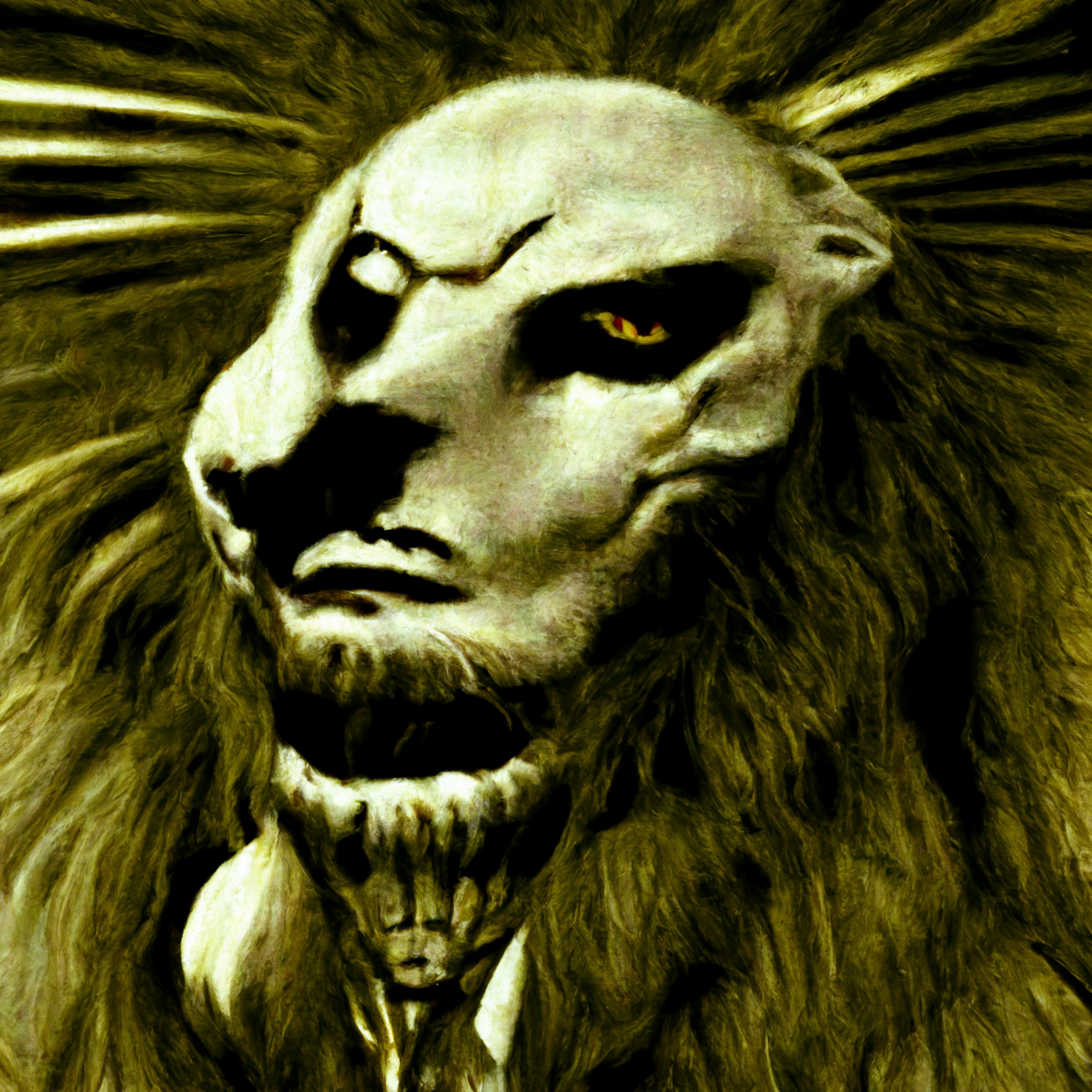 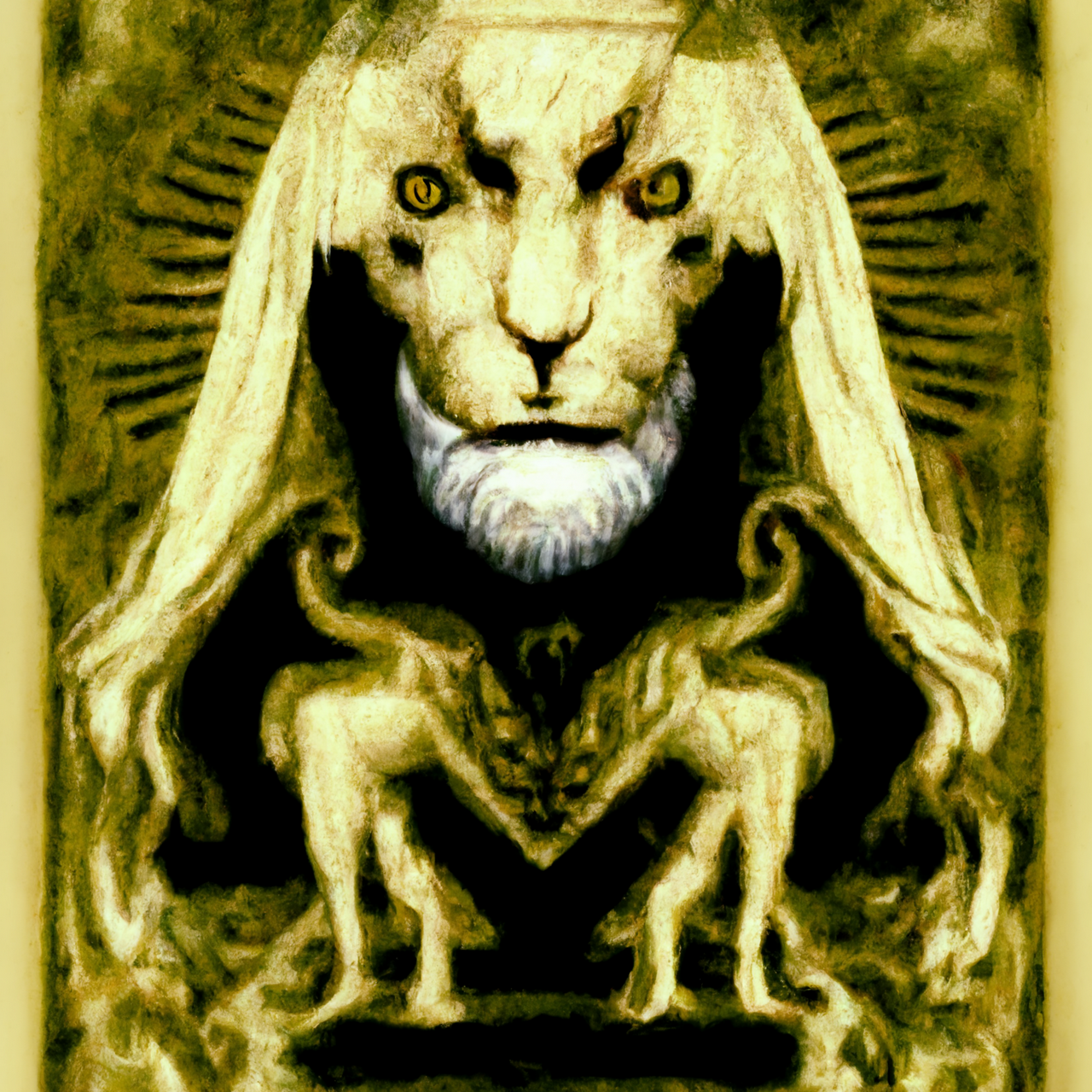 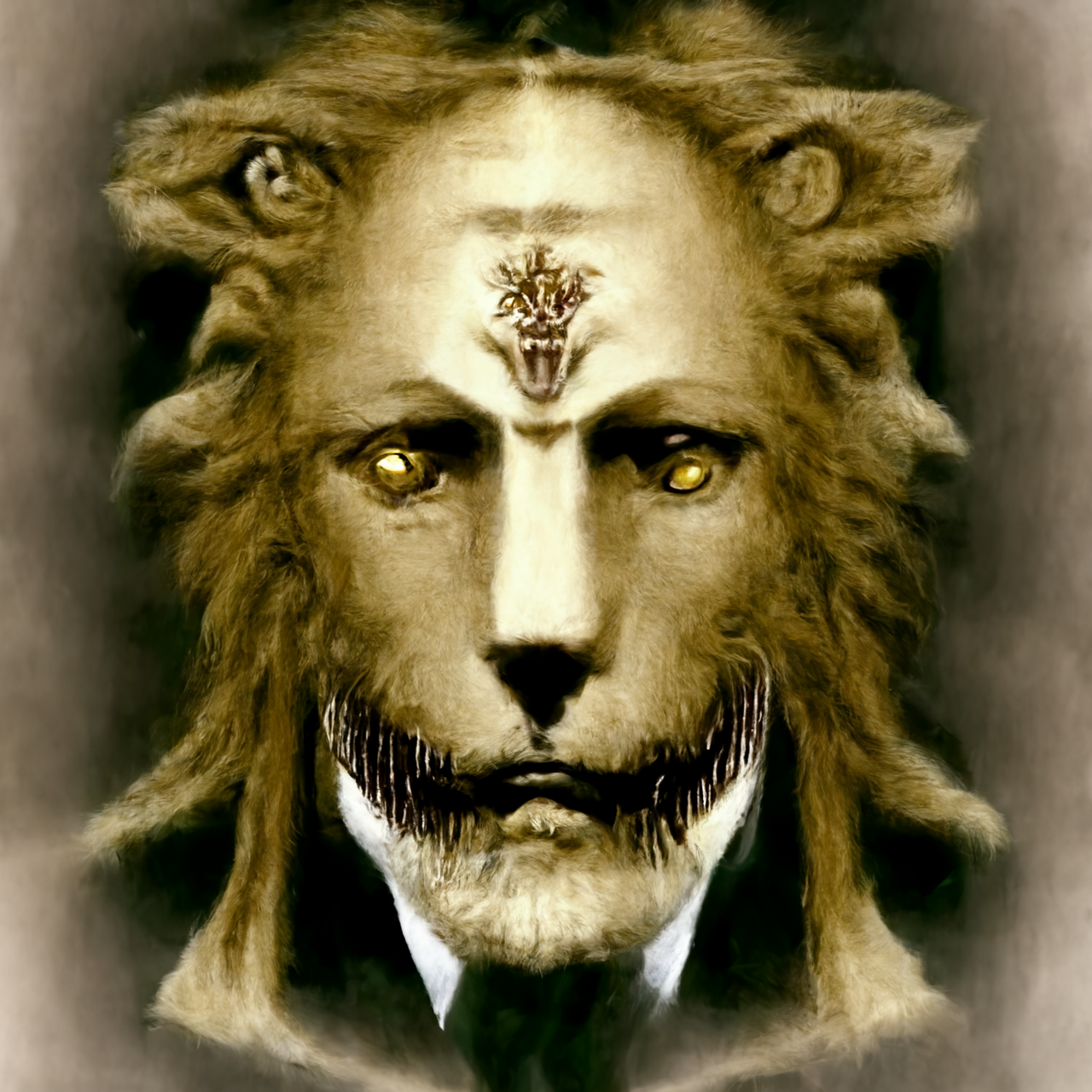 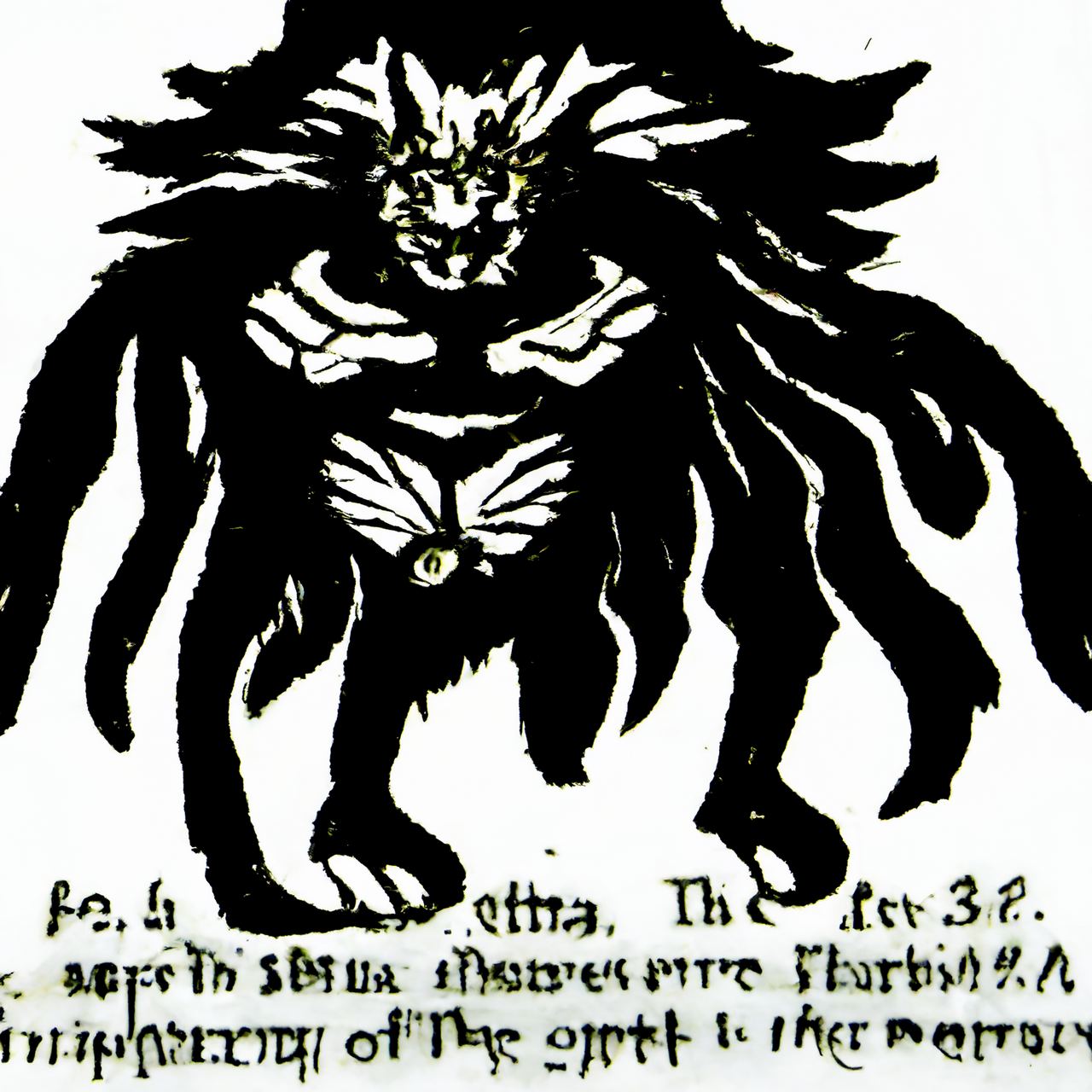 And, I asked for “The Emperor tarot card by Leonora Carrington”. 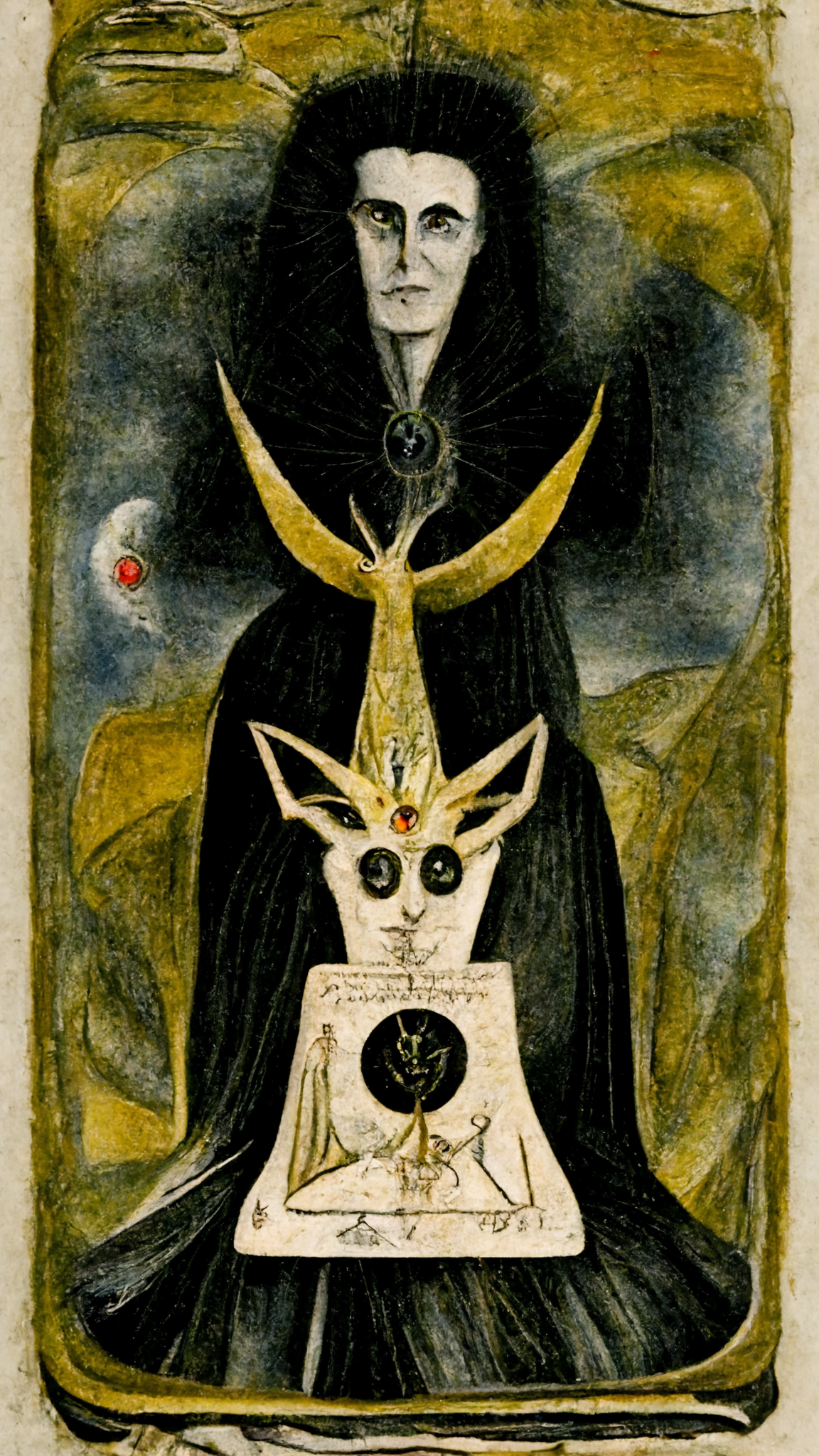 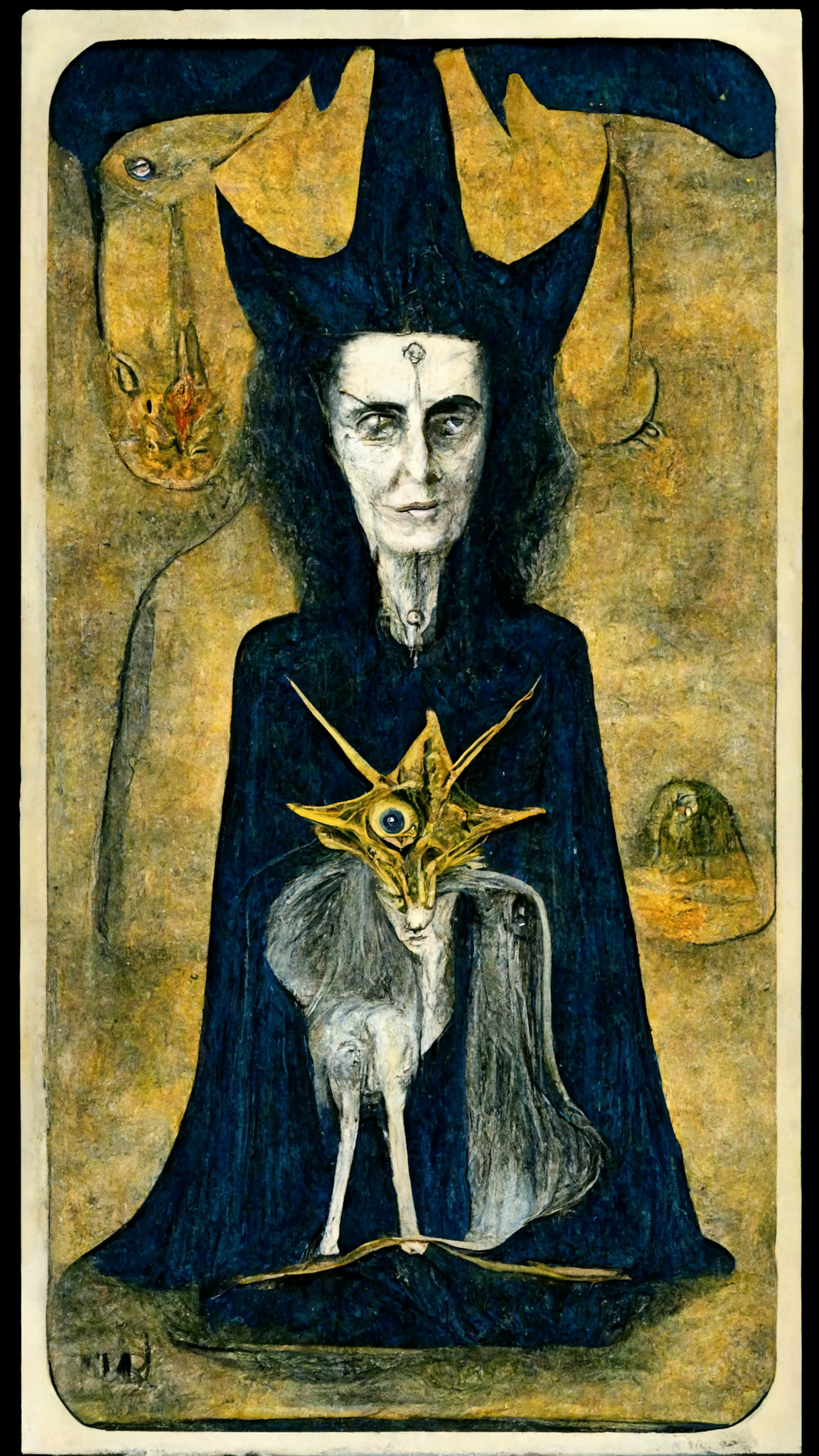 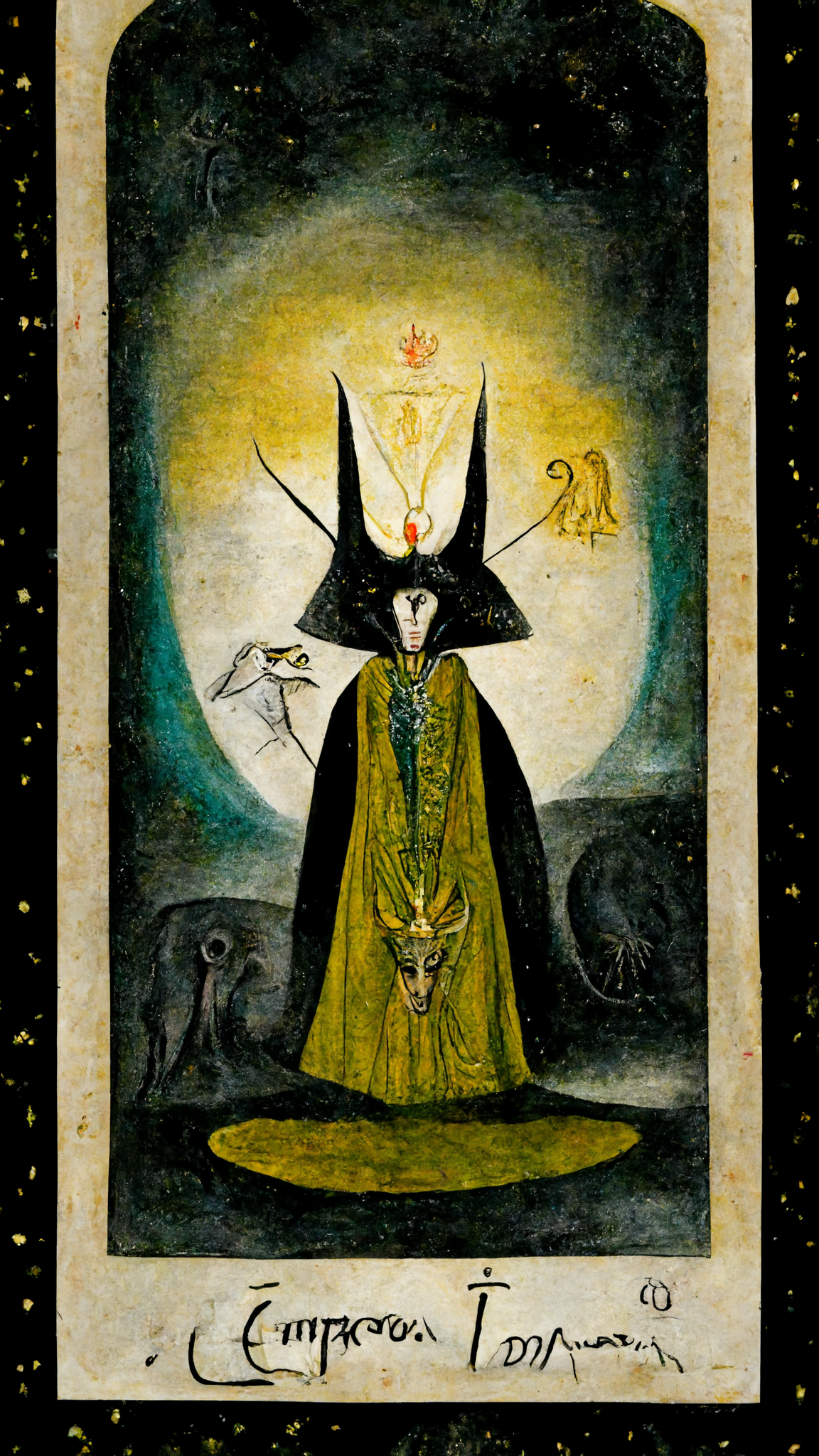 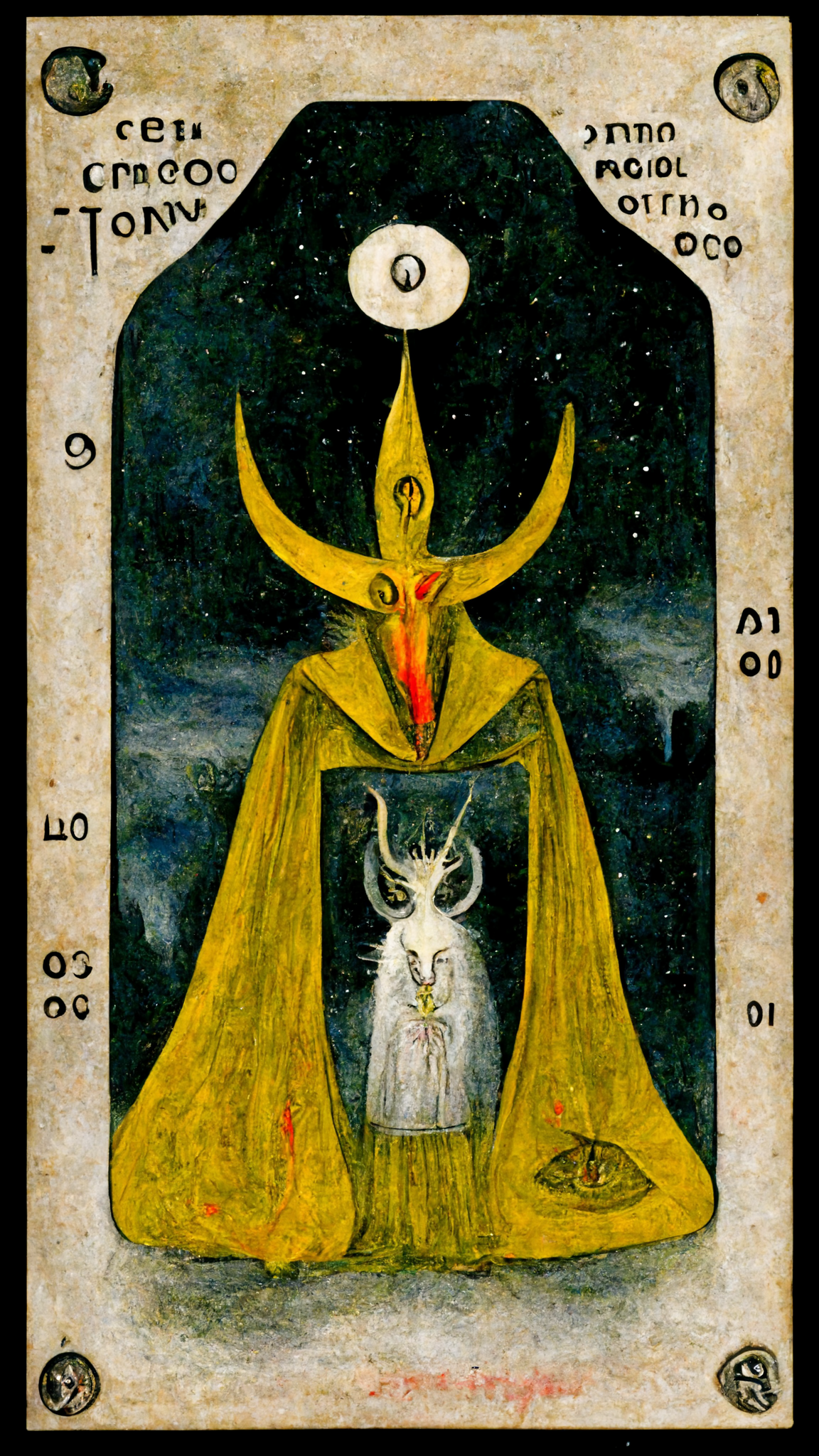 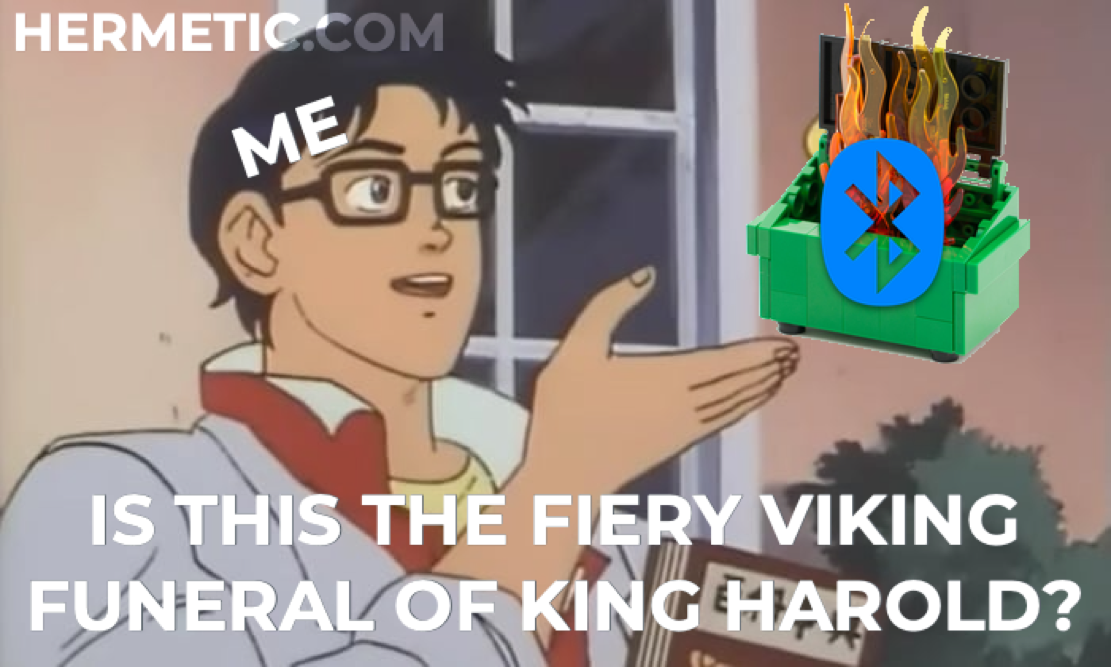 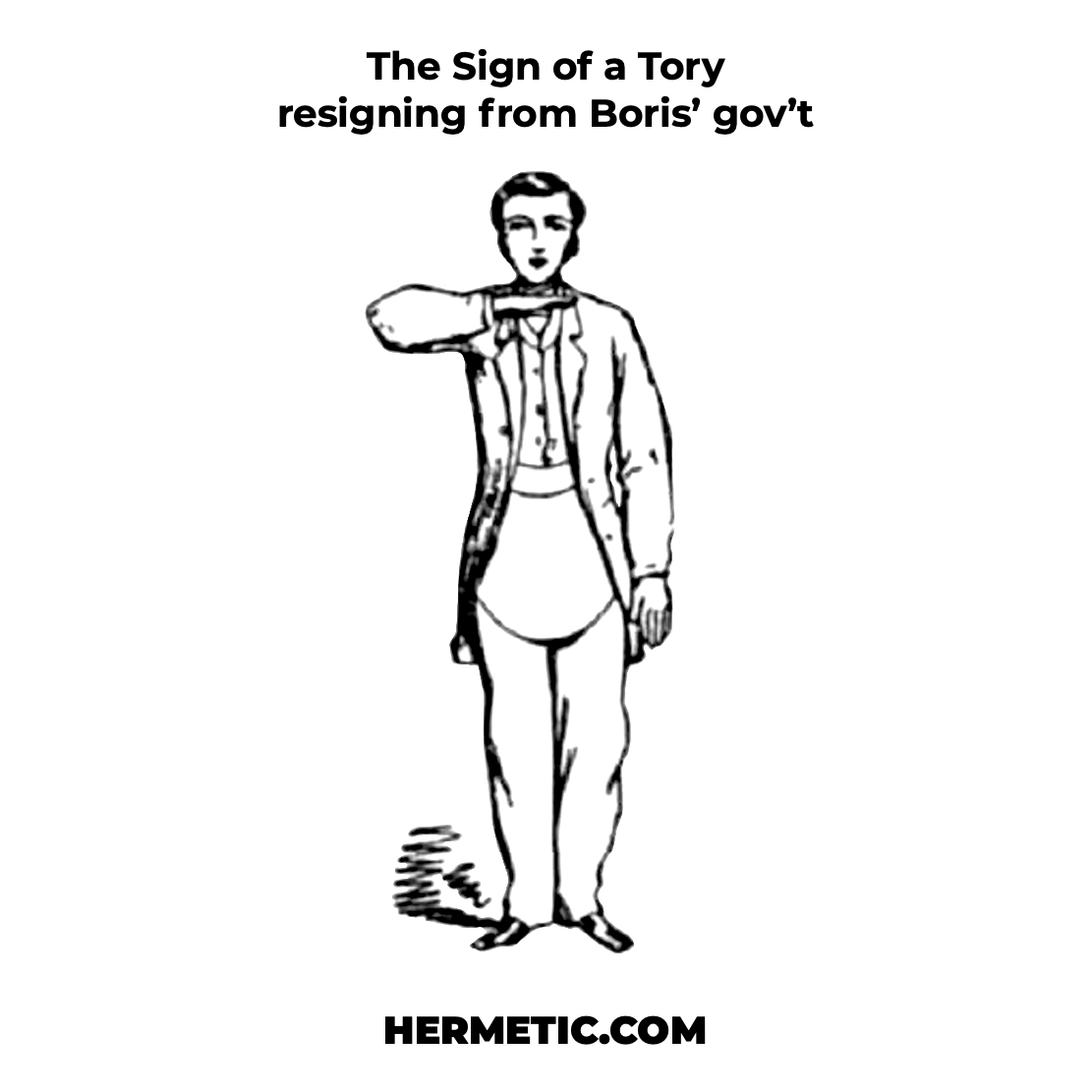