This week I’ve got LOVE IS THE LAW RAINBOW propaganda for Pride, solstice, and two upcoming listening parties.

Also there’s AI generative art for the week using MidJourney for the prompts “Adjustment tarot card by Norman Rockwell” and the description of Bael from Goetia. 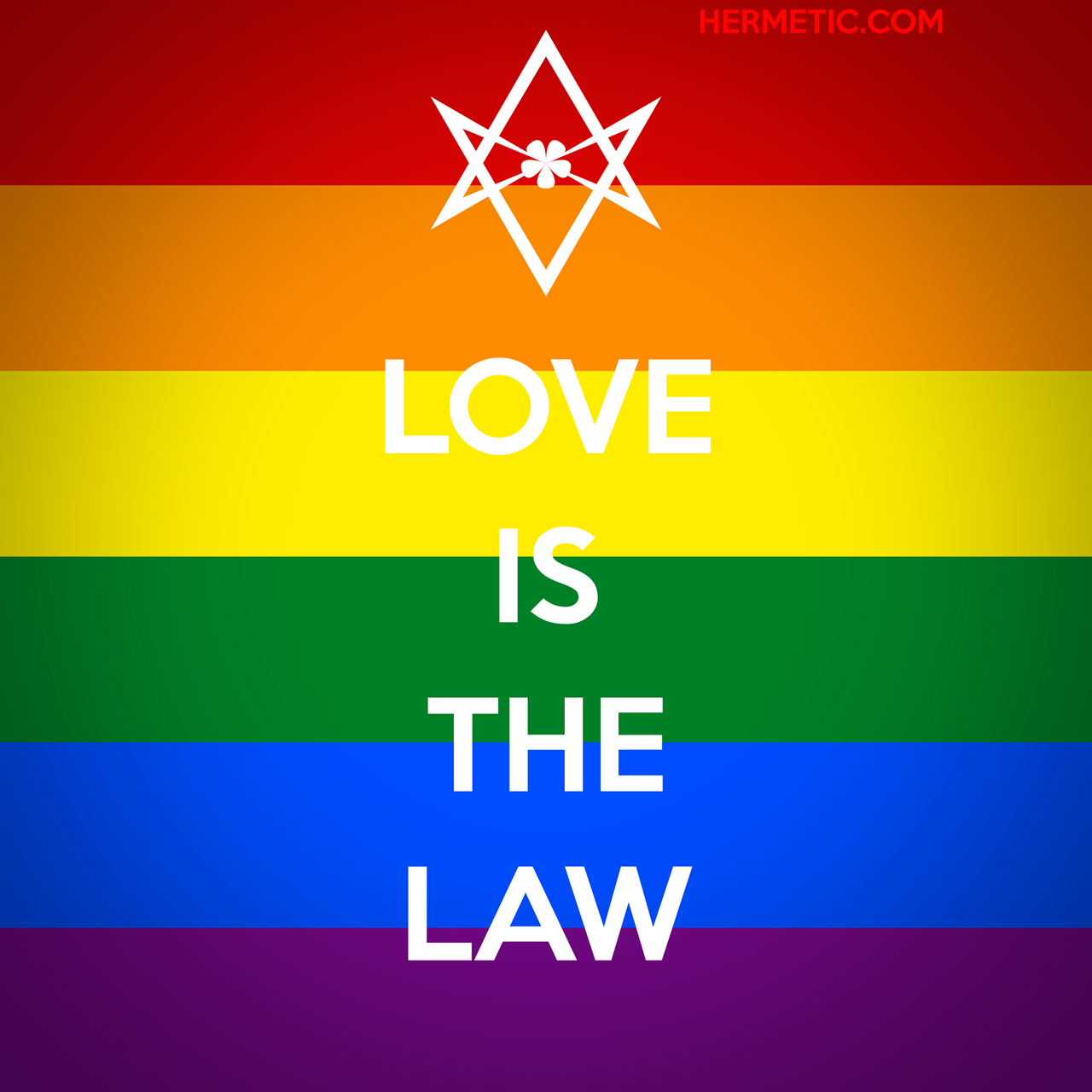 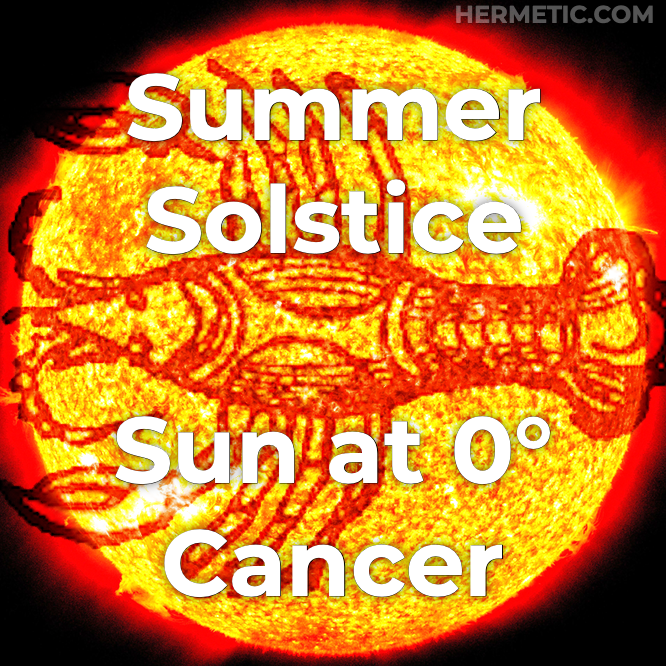 “The DEACON: But ye, O my people rise up and awake. Let the rituals be rightly performed with joy and beauty. There are rituals of the elements and feasts of the times.”—Liber XV {Book 15} O. T. O.

You should can also watch a live stream of both sunrise and sunset on the solstice at Stonehenge broadcast on the English Heritage YouTube channel’s upcoming live streams.

Hope you have a good one! 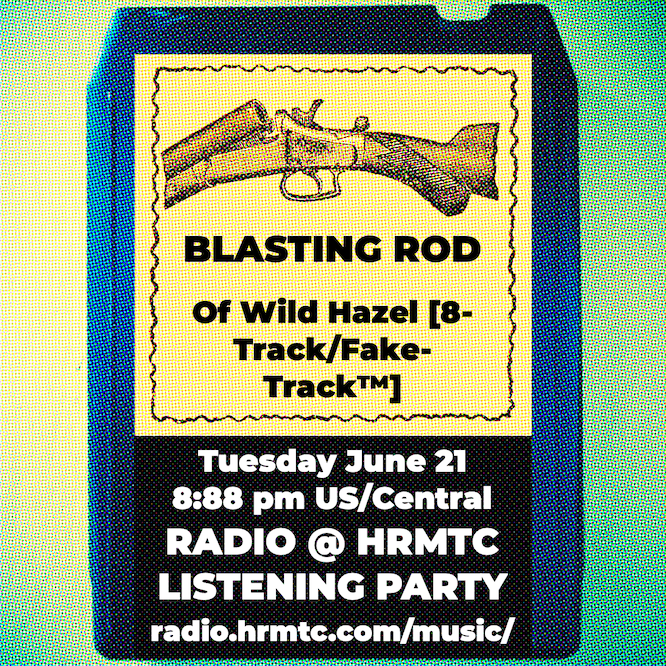 Also, I realize this isn’t much advanced notice, but I’m re-broadcasting the listening party for Magick, Music and Ritual 3 later tonight, June 17, at 8:88pm (aka 9:28) US/Central, in celebration of it’s 10th year release anniversary this month! 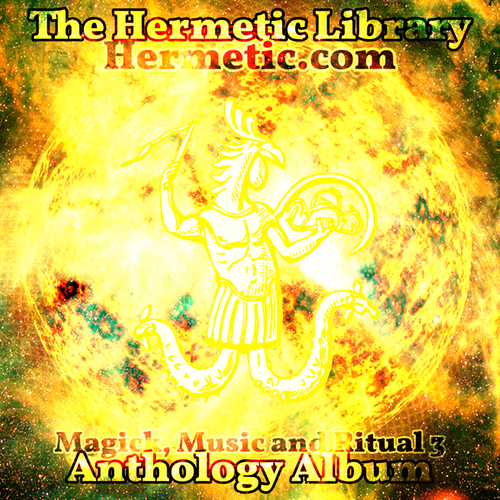 Of course, if you miss the listening party tonight, you can always listen to all the tracks from all the artists who participate on an anthology in general rotation on MUSIC RADIO @ HRMTC, and MMR3 is also available in all the places you listen to music, like Apple, YouTube, Amazon, Spotify, and everywhere else. And, I put together a Spotify playlist with all the Anthology Albums currently available on the digital shops and streaming services.

This week’s experiments with MidJourney started with the prompt “Adjustment tarot card by Norman Rockwell”. 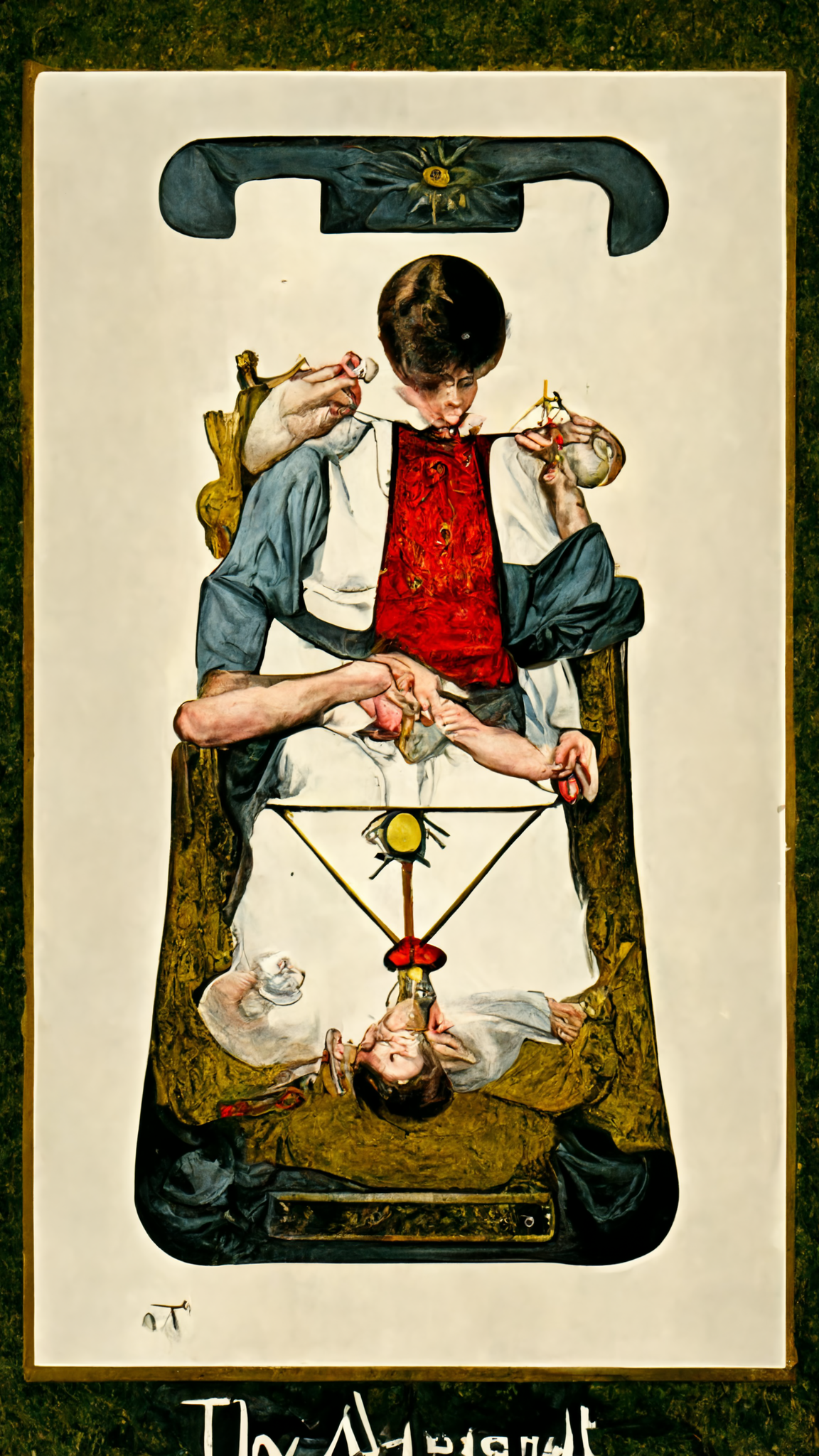 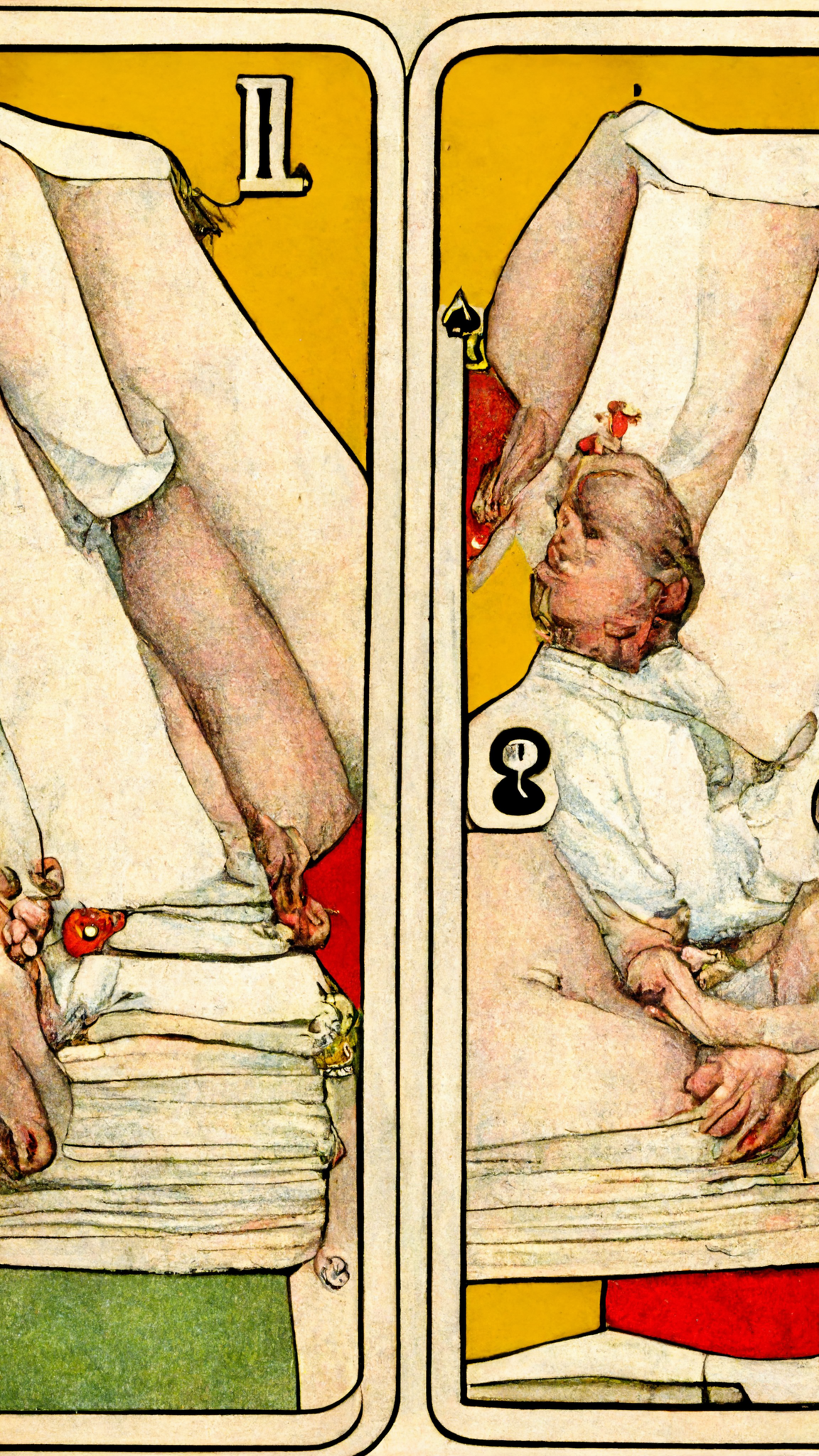 Um, that glitchy one is kinda weirdly, uh, suggestive, innit? Almost seems like someone got a little Austin Osman Spare in my Norman Rockwell. Every time I glance at it my brain thinks it is dirty, but when I look closer it isn’t really. I guess my mind is just in the gutter. Cool!

Then I tried the description of Bael from Goetia:

“The First Principal Spirit is a King ruling in the East, called Bael. He maketh thee to go Invisible. He ruleth over 66 Legions of Infernal Spirits. He appeareth in divers shapes, sometimes like a Cat, sometimes like a Toad, and sometimes like a Man, and sometimes all these forms at once. He speaketh hoarsely. This is his character which is used to be worn as a Lamen before him who calleth him forth, or else he will not do thee homage.” 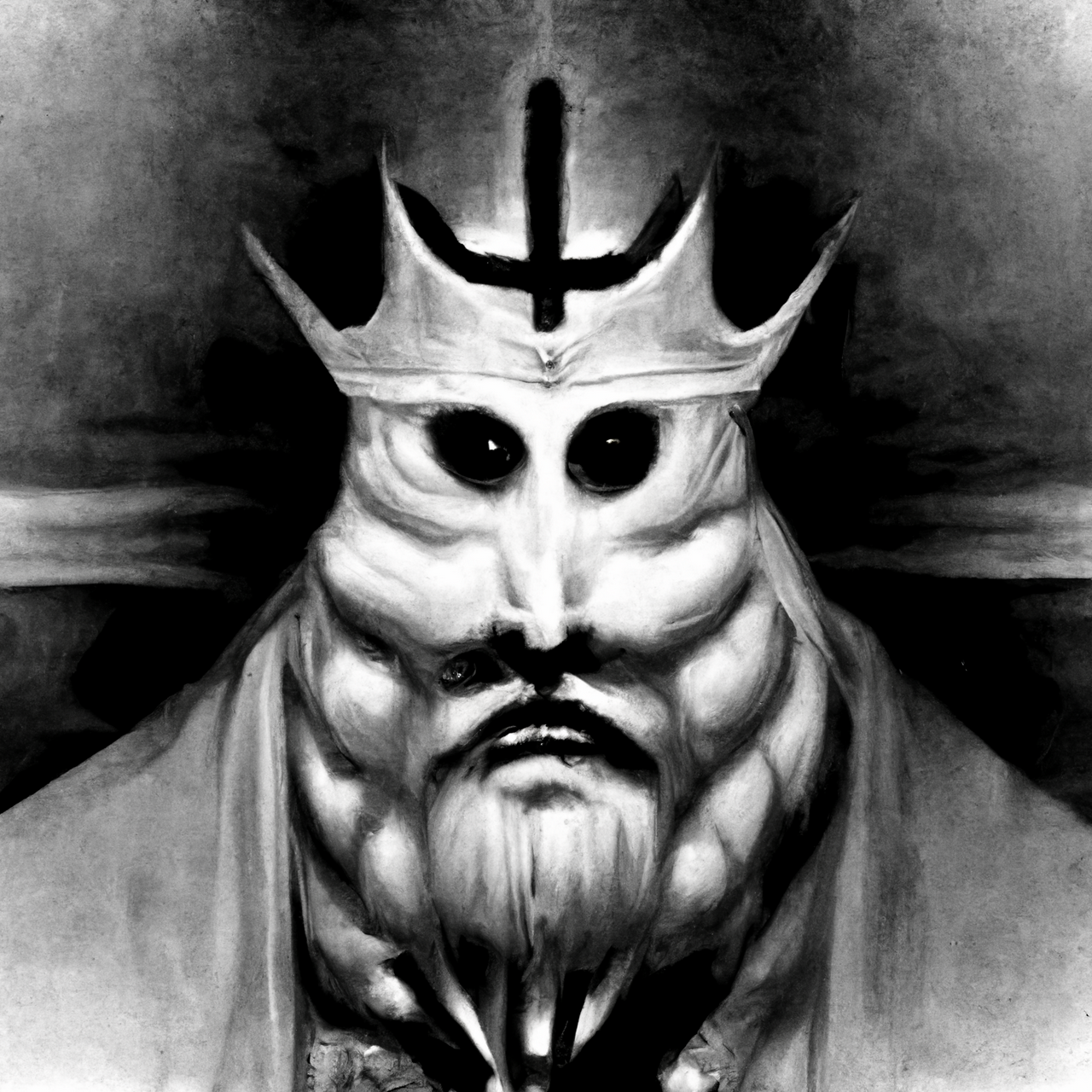 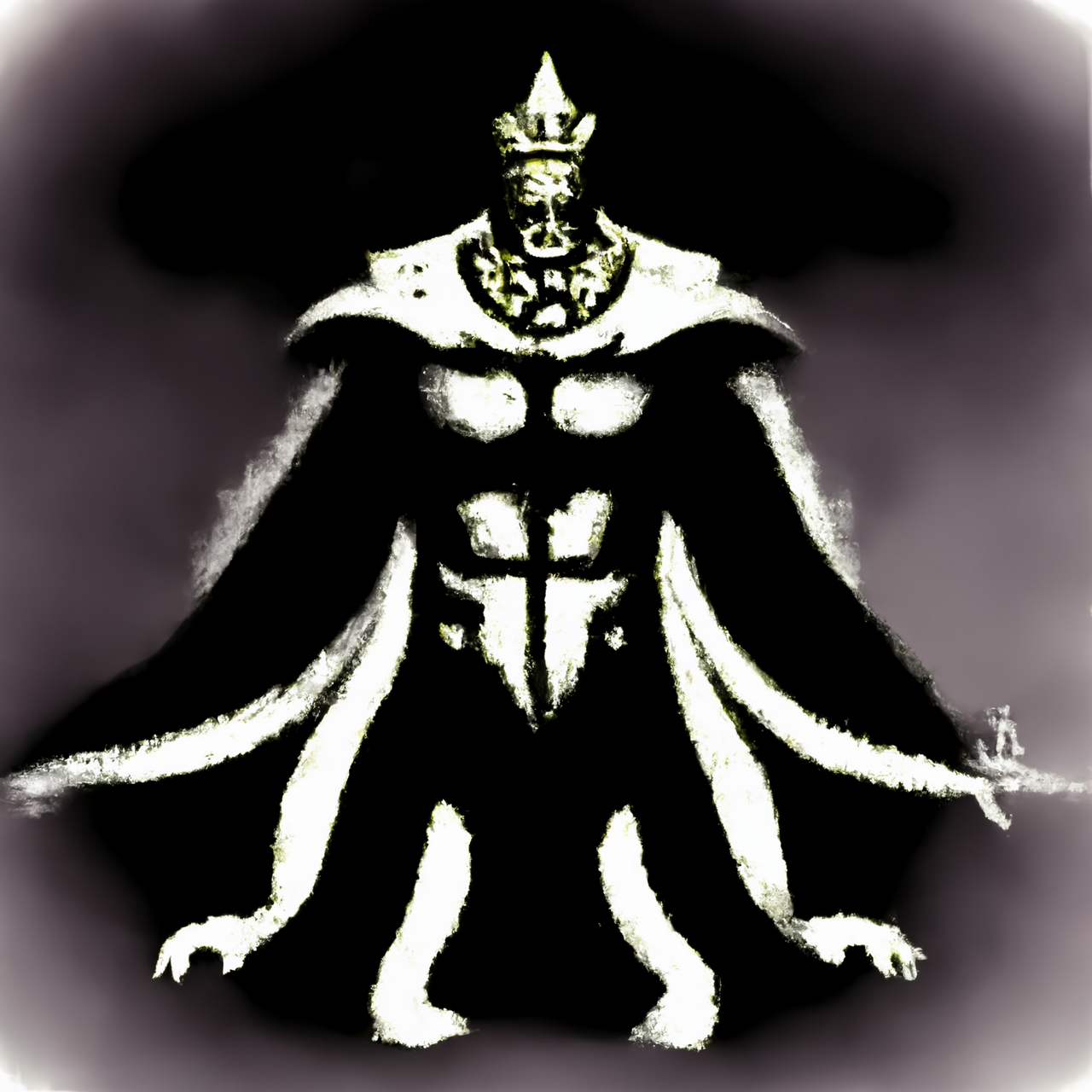 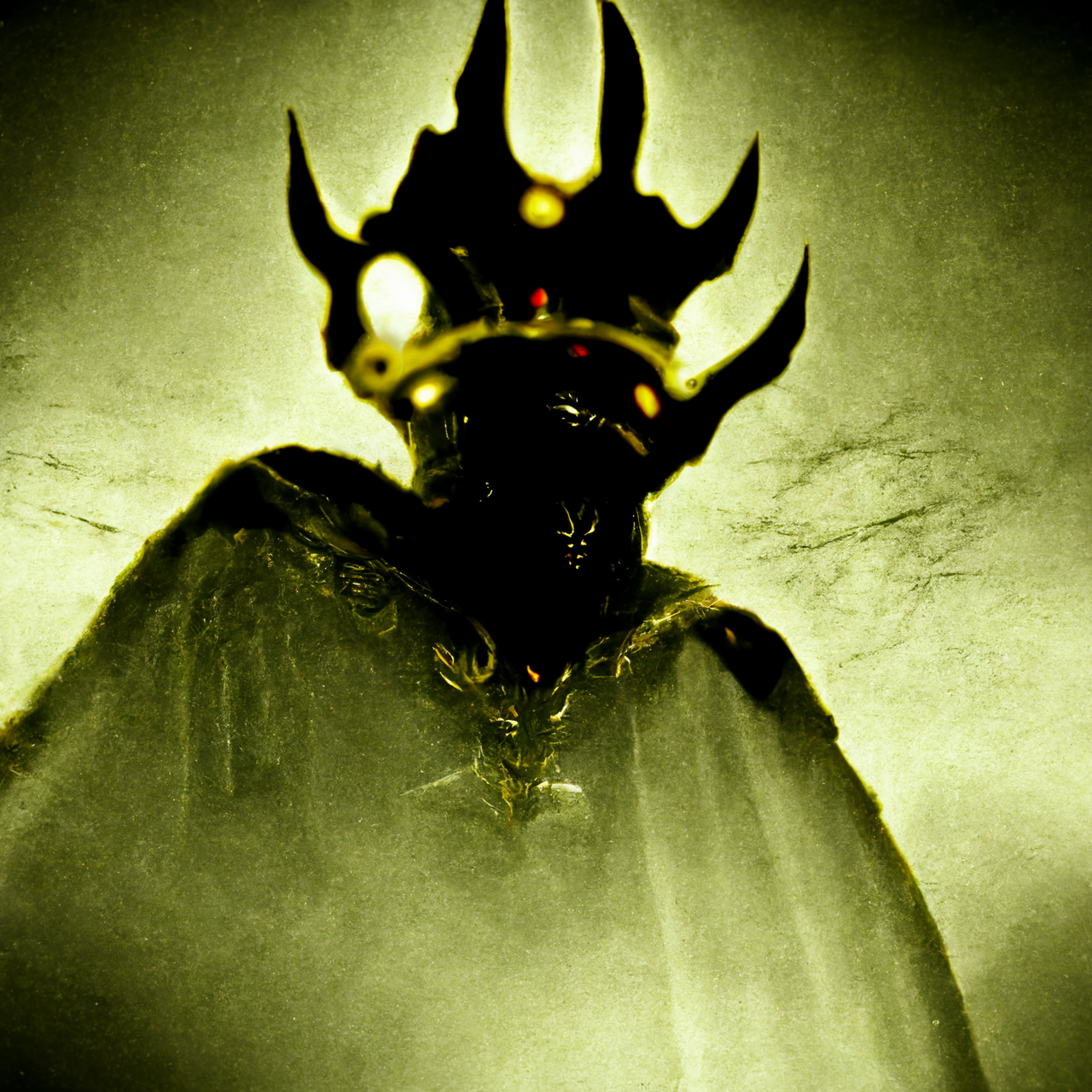 And I’ve now added these images to new entries in the Hermeneuticon.