I hope you had a good solstice this week! And, during this overall season, however you might celebrate such things, I wish you and yours well and weal now and in the coming year!

So, depending on how and from where one counts, of course, this is newsletter 100. Not the last for the year, but it is a nice round number. I mean, it’s a thing. Some thing of some kind, anyway.

Also, as I write this, I’m kinda boggled that right now, at the moment, this morning, the difference between my modest indoor thermostat eco setting and the outside “feels like” temperatures is separated by over 90° F. How do external walls even wall tho?

The last of the posts on the blog in the series about all the tracks on Magick, Music and Ritual 17 will post later today. And, that’s a wrap until next year!

Really feeling like the end of the year wrapping up around here even though there’s one more newsletter to go just under the wire.

I didn’t do my regular Goetia and tarot image experiments this week, but I did do a bunch of images because a brand new cryptid egregore just dropped. If you’re not on Mastodon, you may have missed this, but out of nowhere on Dec 16th a new entity was birthed and/or revealed to the world: John Mastodon.

Speaking of the ‘verse, the followers count for the main library account passed 489 last night, and the profile for the Omnium Gatherum firehose is also just shy of 333! Boy, won’t I be embarrassed if OG gets more followers than on main? I mean, it’s all just for fun, and my numbers are really modest anyway. But, celebrate the things, when they do things, as and when one can. 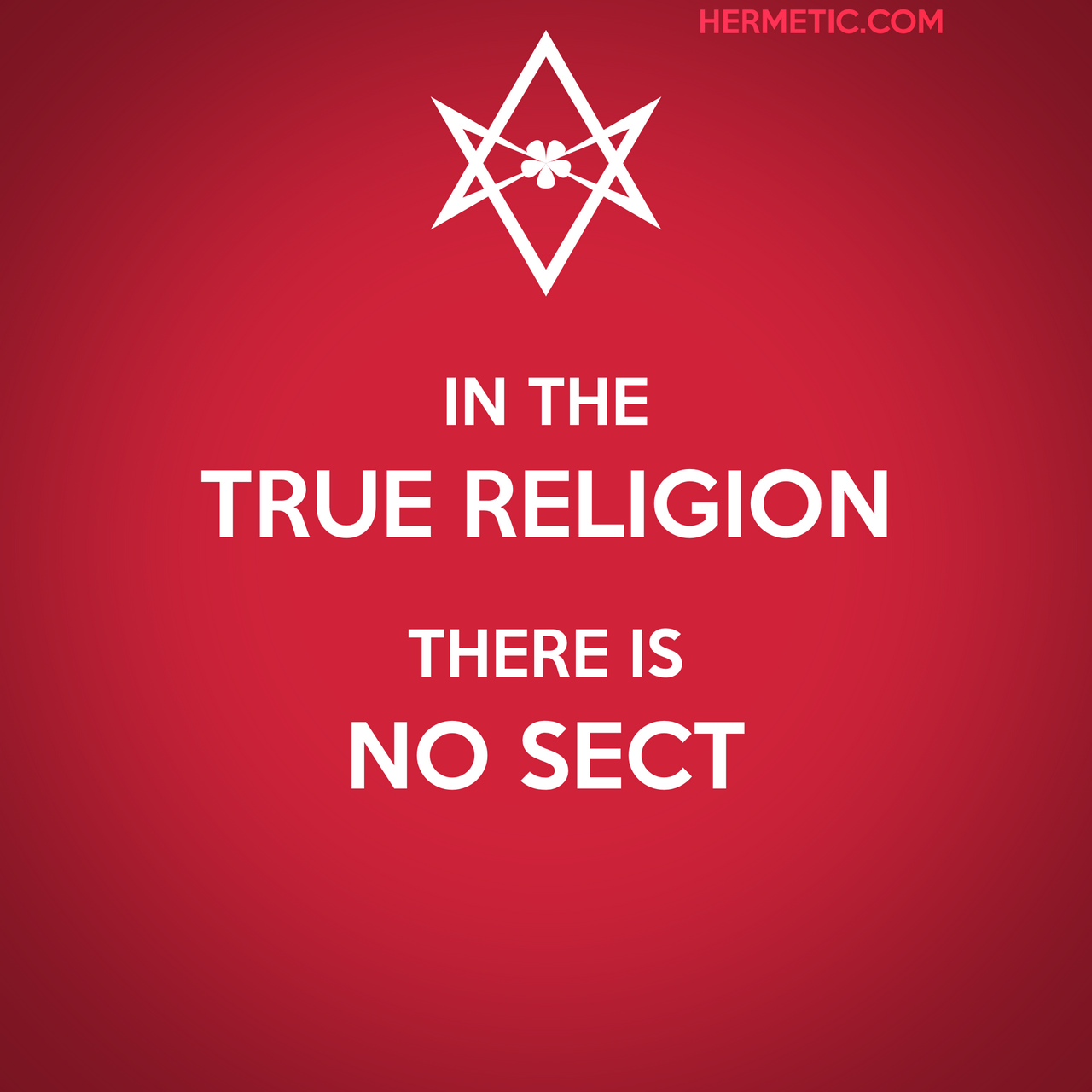 On December 16, there was an opinion article “Hypocrisy and Fear All the Way Down at Twitter” which misread the account handle of the official Mastodon account on Twitter “@joinmastodon” as “John Mastodon”. They later issued a correction that just adds to the fun, saying John Mastodon “is not a person as far as we know” (emphasis added). 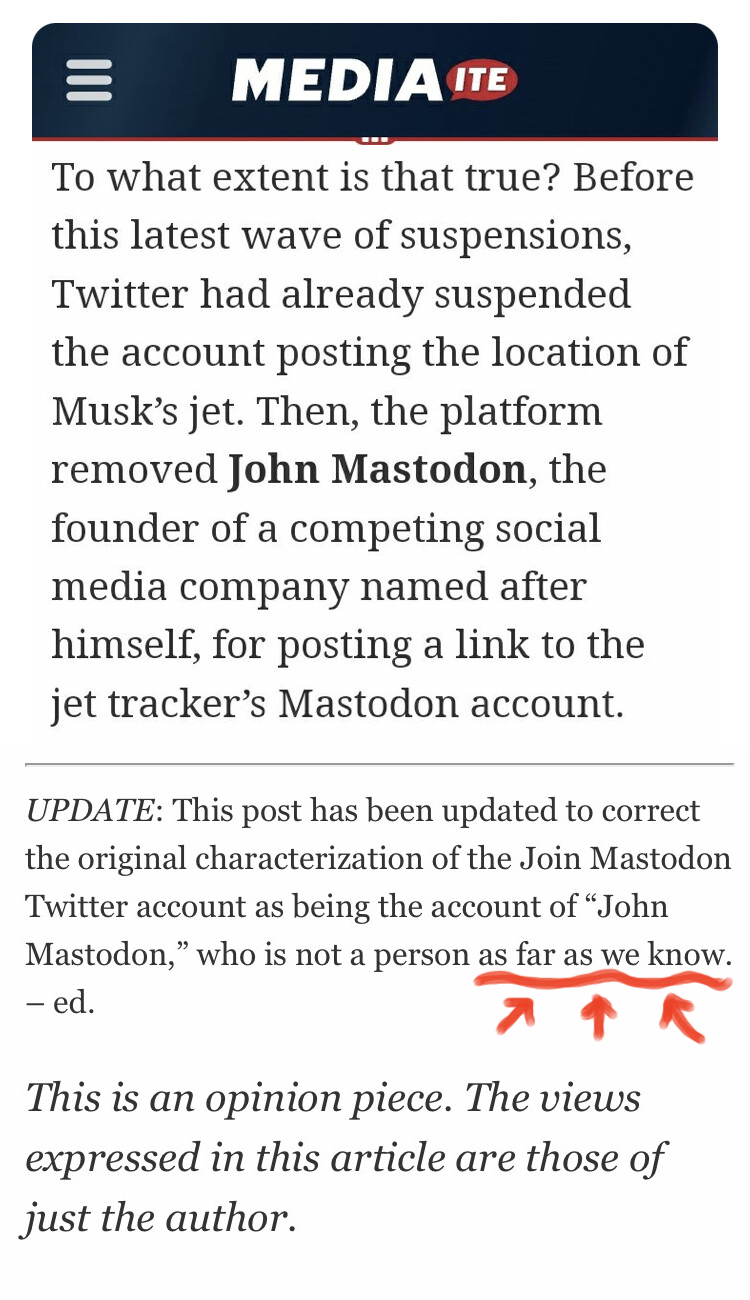 So, a new cryptid egregore dropped and, you know, everyone on Mastodon was totally chill. No one, anywhere, at all, went absolutely bonkers for the whole week. For my part, I participated a bit too. I also noted the event in a few posts to Omnium Gatherum.

Now, everyone is talking about how they have seen equal or even better engagement numbers with much less followers in the Fediverse comparatively, but John Mastodon (who’s middle name is Georg) is a prolific and prodigious clicker of favourite on toots from multiple accounts on many instances and should not be counted. Ernestine Toot is the real and unsung hero, who only ever boosts, and thus has a much more significant network effect. 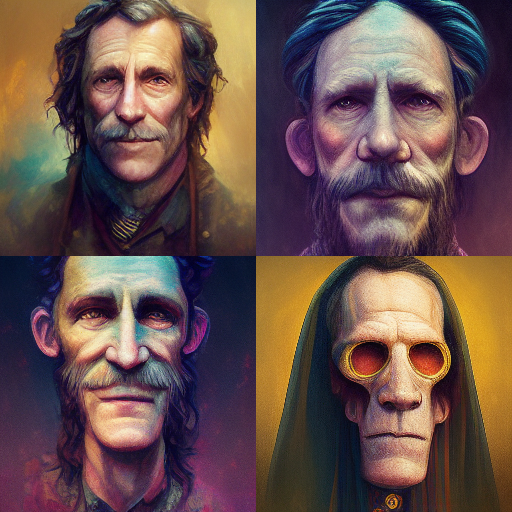 Yeah, totally normal-ish wild west guys … except for the one with empty eye sockets. Egads! 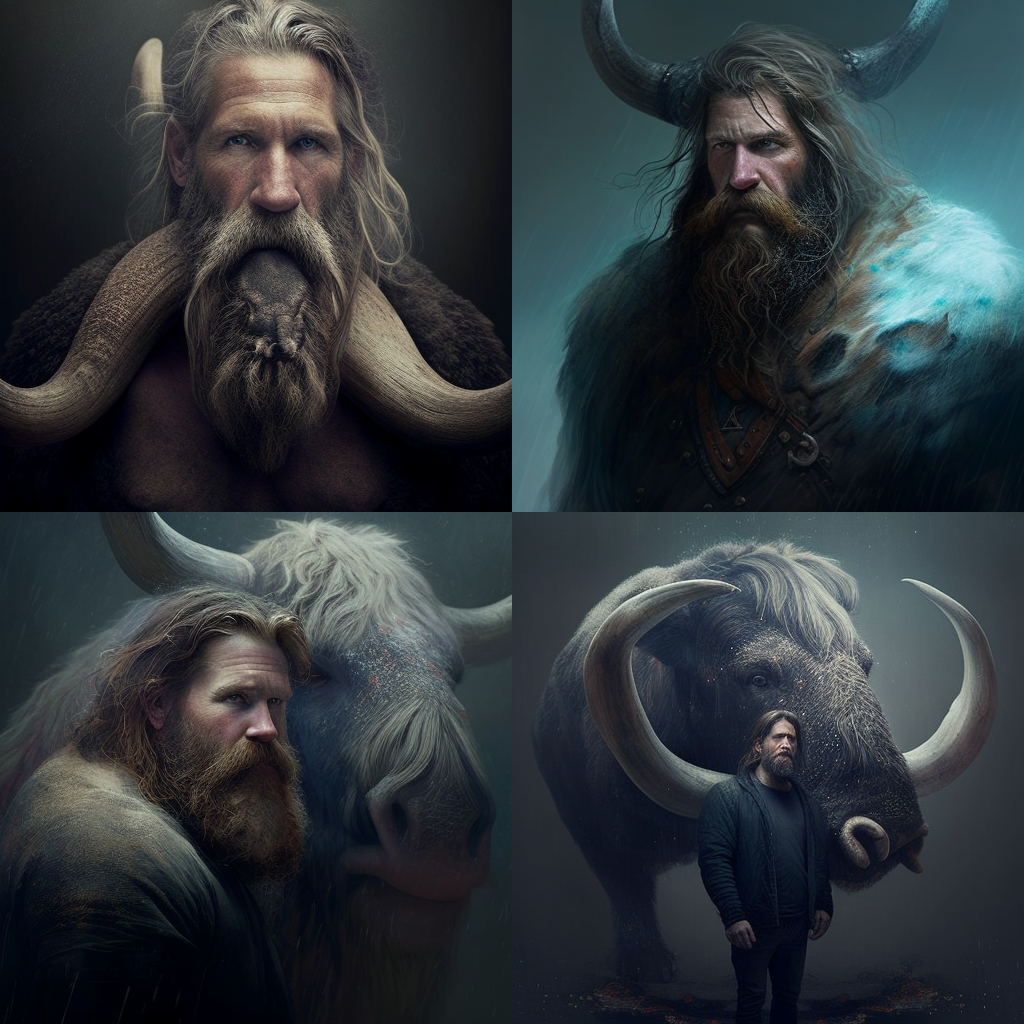 Leaning a little too heavily on the Grizzly Adams chimera there, a bit.

Hey, MidJourney imagine Not John Mastodon. Let’s get all Loab up in here. 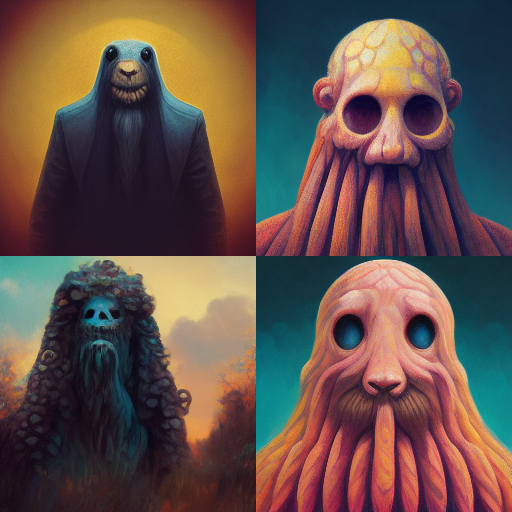 I may never sleep again while logged in to my instance. 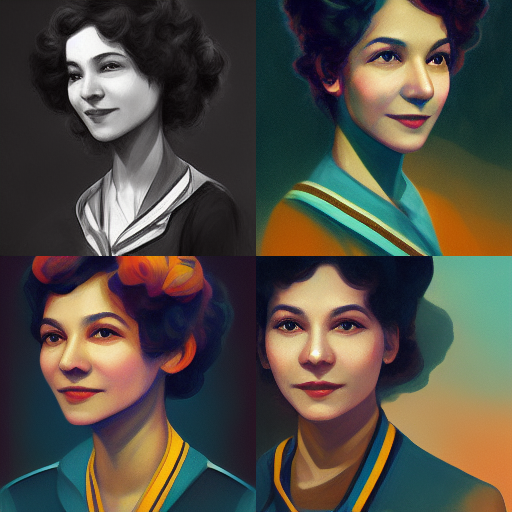 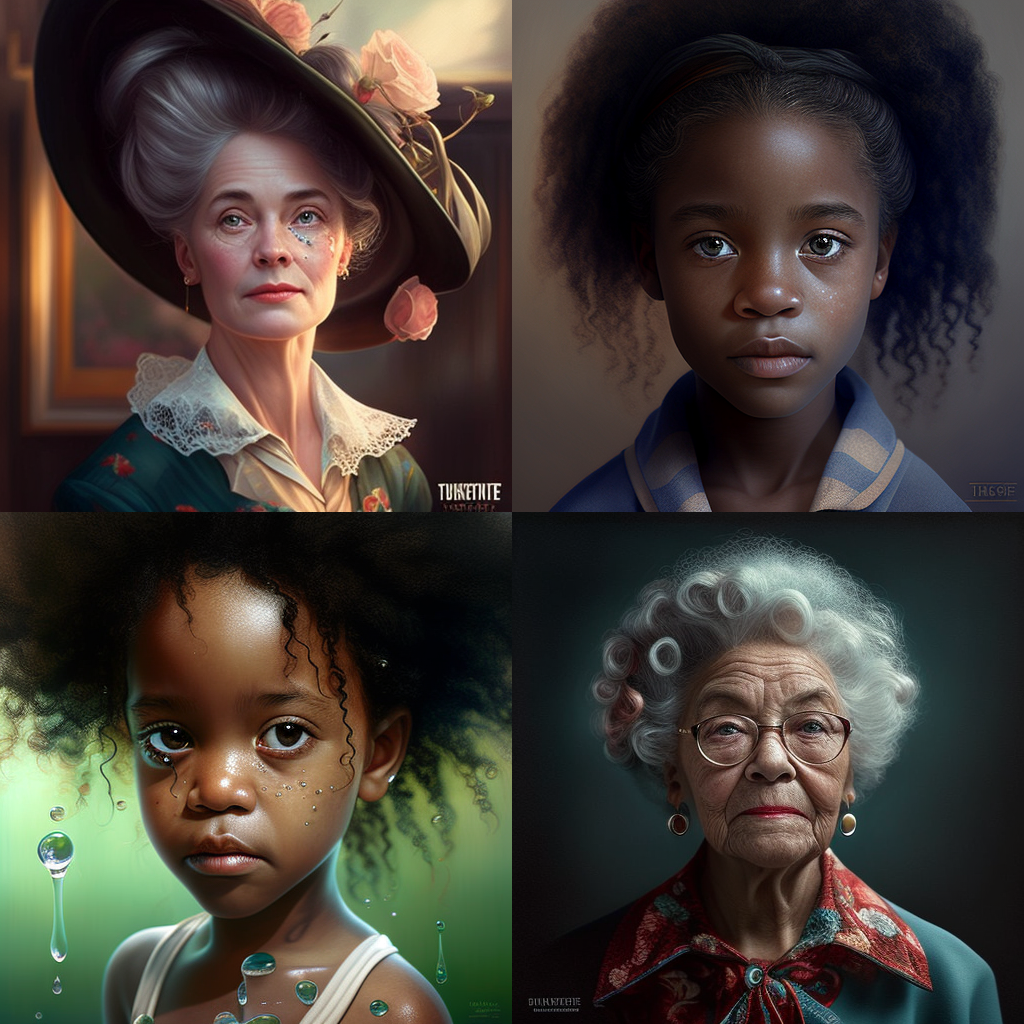 Do you remember the classic SNL skit about John Mastodon?

*Emily Litella* What’s all this I hear about John moisturizing?

*Buffalo Bill voice, wearing the skin of John Mastodon and putting ActivityPub in a basket* It rubs the Federation on its Toots.

“I cannot prove it, but I suspect that John Mastodon may be one if the Venetians of old whom German folklore talks about. Setting up secret workshops all over the German mountain ranges where they used strange magical and alchemical methods to search for the riches of the earth, dream-traveling back and forth from ultraterrestrial Venice... No matter in which Otherworld John might be right now, I am sure he will return one day.” 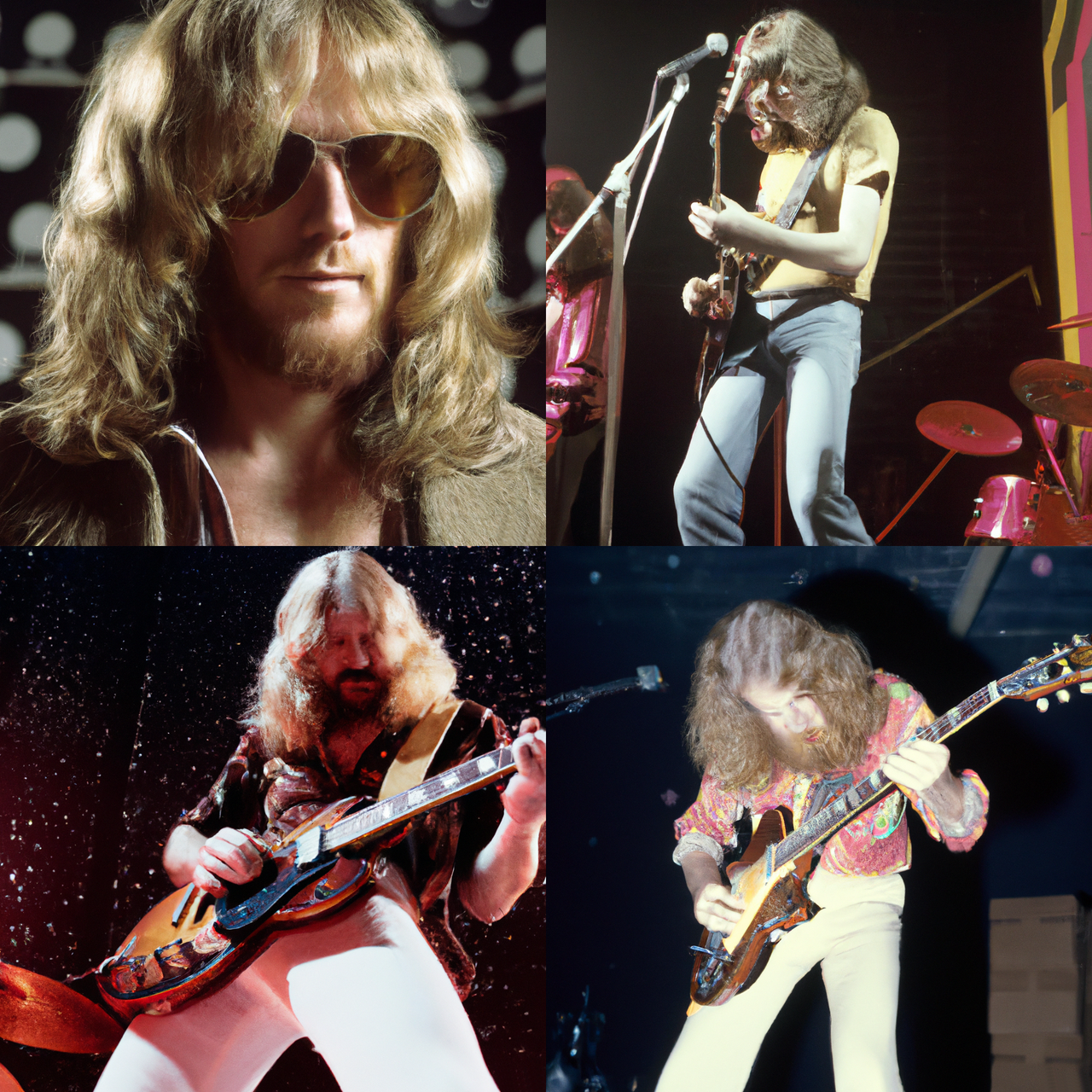 Also, don’t forget when John Mastodon was on television!

Purveyor of cool vintage Internet social media, J. Mastodon got a huge boost in awareness when the 90s comedy Seinfeld cast him as Elaine's boss, playing himself, at the Federated status outfitter. Many didn't know this was a real social media service, if they even knew what social media was, as most people were still connecting to the Internet, if at all, via dial-up modems or else were stuck offline listening to only the sound of data through the hole in any one of many pervasive AOL discs littering the streets. 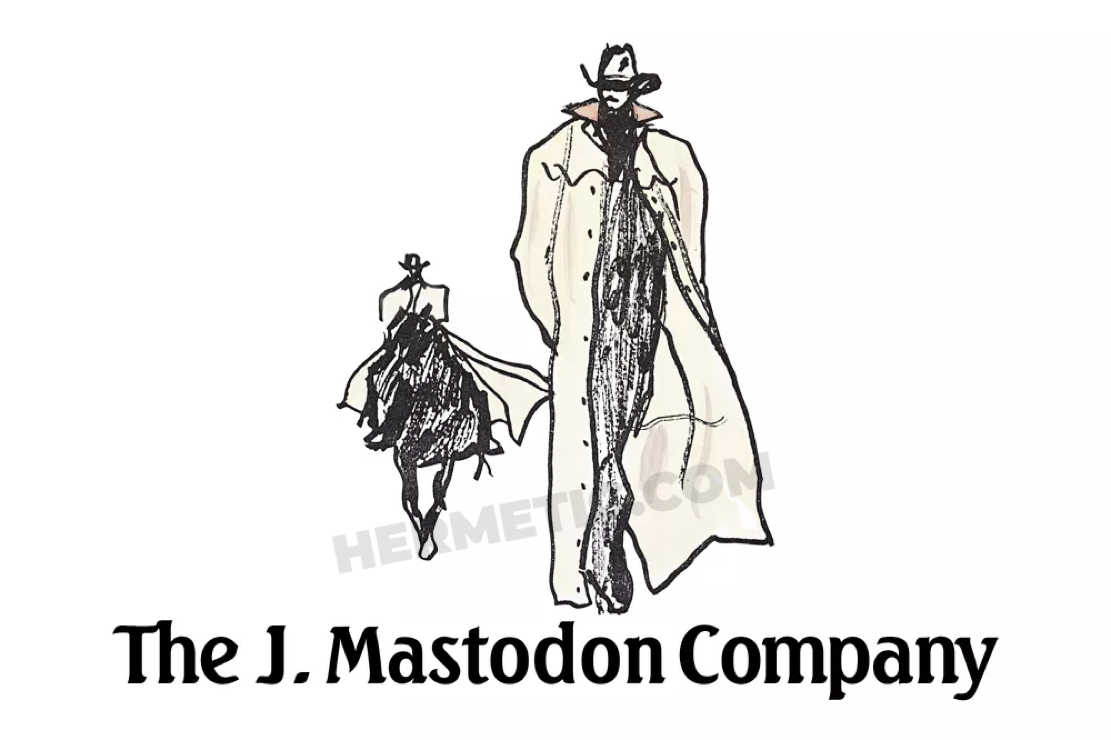 I’ve also created a stub entries in Hermeneuticon for John Mastodon, and added the feast day in December on the [16](December 16). 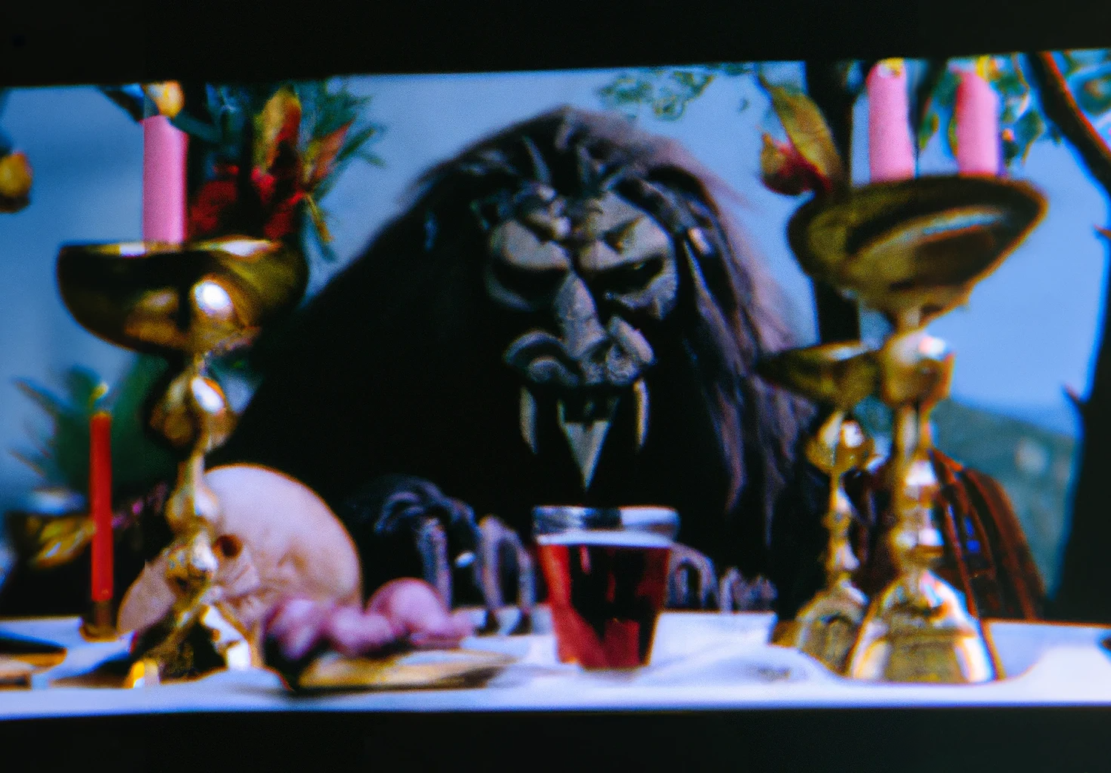 The count of followers on the main account for the library in the ‘verse passed 474 … and, the ‘verse is certainly a better place than the howling, sucking, lying mouth of the abyss we were stuck french kissing elsewhere! (Wait. Hold on. 🤔 … Can I go back?) 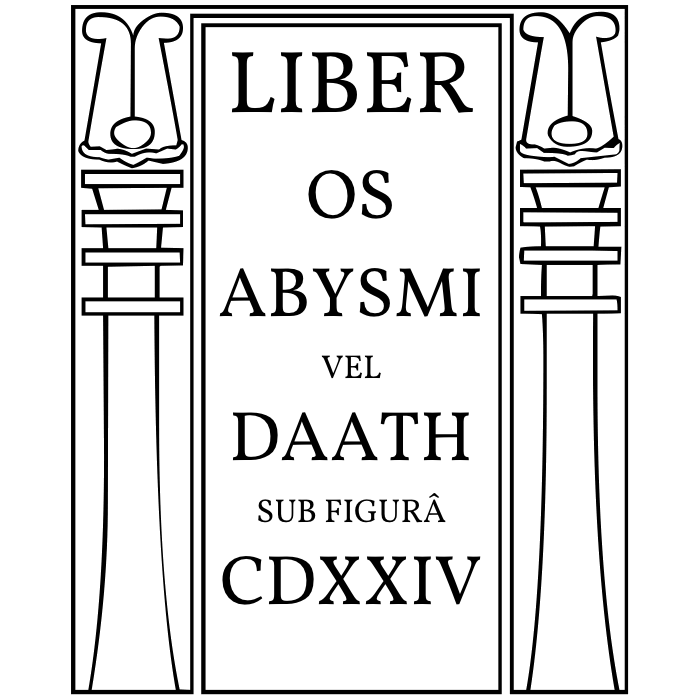 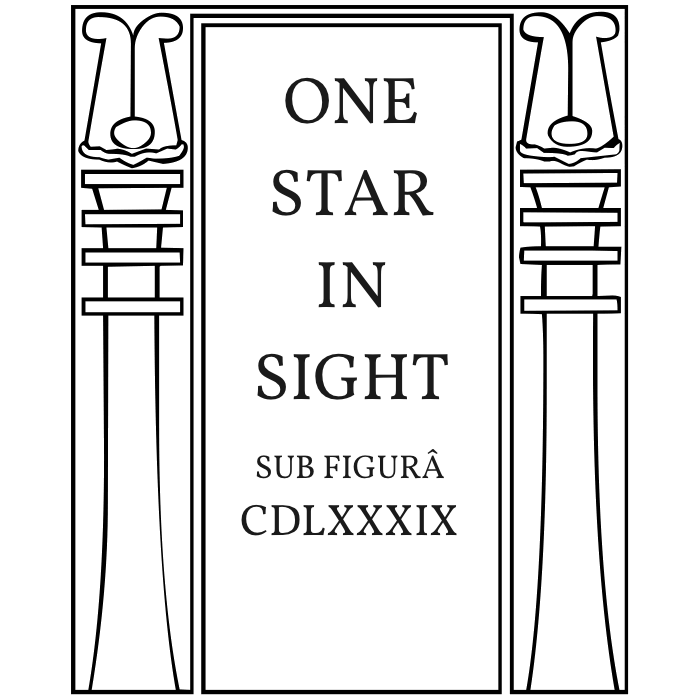 And, hey, there’s almost 333 followers on the Omnium Gatherum account now, and, beyond that, who knows how many other people, seeing posts others boost or in the federated feed on their instances!

At this point, I’m completely confident that I’m reaching more people that I was before with any one post on my old big social accounts, but maybe not all of the combined, yet, to be fair. That feels like a big deal to me. Glad to have gotten to that point by the end of the year, even if I didn’t get to at least 666. ::sad trombone:: 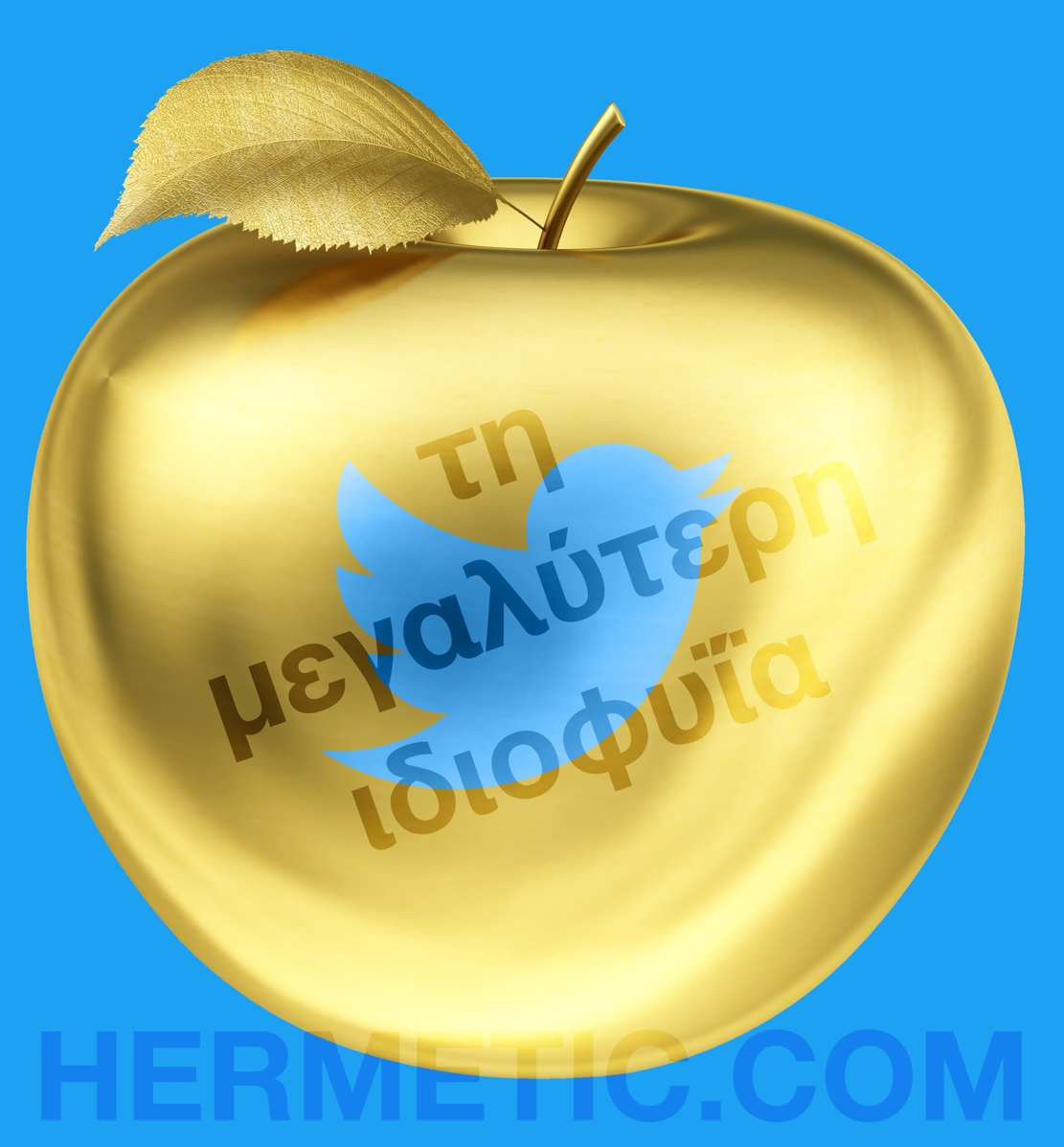 The Golden Apple of Eris, inscribed with “Τη μεγαλύτερη ιδιοφυΐα” (the greatest genius) and a blue Twitter bird, over a Twitter blue background. (Modestly watermarked with the website of the librarian hermetic.com as one does.)